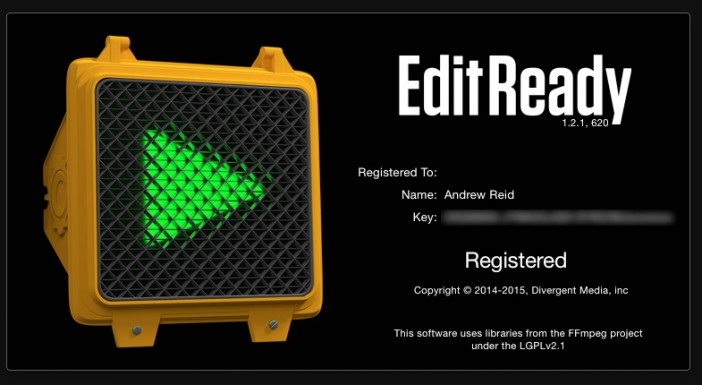 This is my favourite transcoding solution, so great to see H.265 support.

DivergentMedia (GH1 owners may remember them from Clip Wrap for AVCHD) did a superb job on EditReady for Mac users.

The app uses Intel’s QuickSync Video technology to transcode ProRes so it’s a lot faster than most of the competition.

EditReady 1.2.1 is now available. If you haven’t yet bought it EditReady costs $50 and is well worth it.

The trial version can be downloaded here. 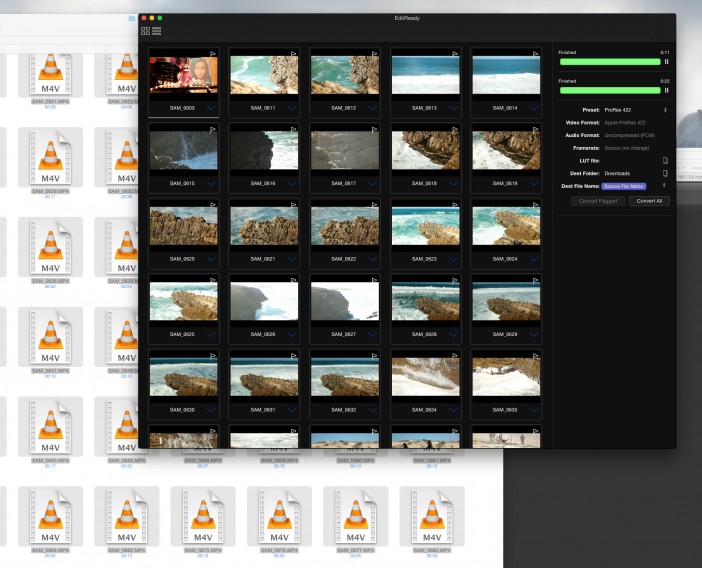 In my quick tests of the new NX1 H.265 transcoding ability to ProRes 422 performance was utterly stunning, almost realtime on my Macbook Pro Retina 15″ late 2013.

It is also able to take the 1080/120fps files and convert them to ProRes. Something Samsung’s own “Movie Converter” app bundled with the NX1 apparently cannot do.