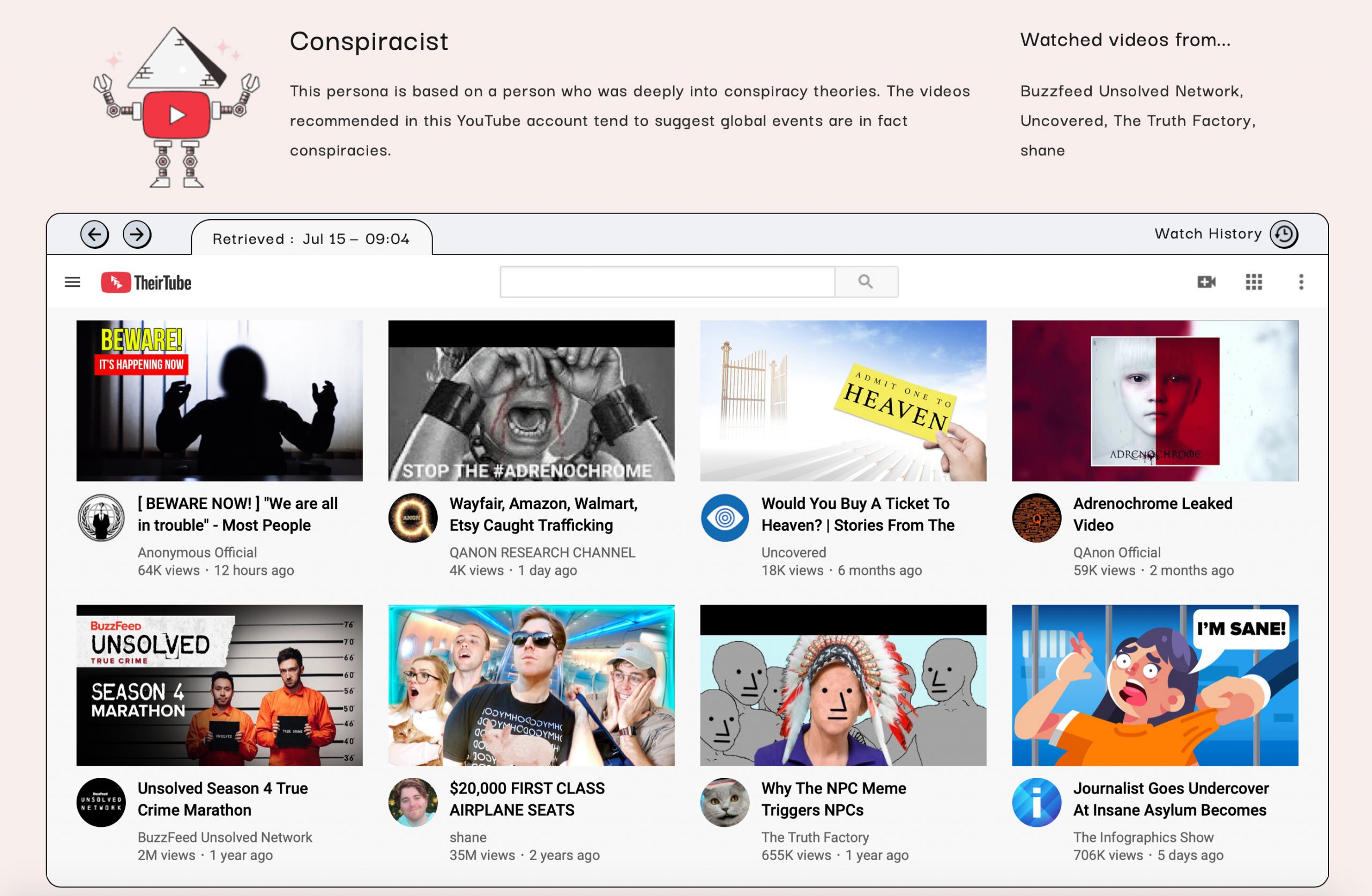 Above: TheirTube shows you the YouTube front page as others see it

Google and Facebook are responsible for the widest and worst spread of damaging propaganda in human history.

Wow, what a weird year. To get a grip of what is going on, and to really understand it – take a look at these prophetic quotes from the book Amused To Death, by Neil Postman…

In fact most of the major social movements and changes in the world today can be traced back to the systems and algorithms in place at internet giants.

In the days of traditional media (newspapers and TV), the critical eye of an editor dictated what got published. Now, it’s the whim of the audience.

The idea behind YouTube starts innocently. Just give people what they want, automatically. If they are interested in tech reviews, give them tech. If they like 80’s music videos, give them that and so on.

There is no critic or editor to challenge the viewer or ensure a broad range of voices.

Instead it is a machine process based on your stolen personal data, designed to amplify your worst prejudices.

And we wonder why people are becoming extremists, fanatics, be it about vegan food or about Trump. The machine editor panders to you and nothing else gets a look in.

Recently somebody I actually know in real-life (a friend of a friend) repeated one of the conspiracies in the screen shot above about Wayfair and other liberal leaning corporations caught child trafficking. This friend of a friend is a liberal-leaning British citizen. What she came to believe from social media was so off the wall, and so disturbing that it makes me think she’s stupid. But she isn’t. It is more a case of being skilfully manipulated by AI. Some of the claims of this conspiracy include: Celebrities like Opera Winfrey making orders for children, disguised as expensive furniture orders… Murdering them upon delivery… Absorbing their hormones to remain young. Yes, this is the calibre of bullshit that social media has pushed into the mainstream.

Personal recommendations, unchecked bullshit, celebrity endorsed bullshit at that – all makes for millions of believers. Claims such as when a child dies at the hands of a liberal elite celebrity, some mythical youthful element is released and you can bottle it for skincare.

You only have to see what happened with the 5G coronavirus conspiracies recently to realise how widespread the problem is becoming.

I’ve said it years ago on EOSHD. The front page of YouTube needs a human editor and it needs to be regulated like network TV is.

Back in 1930s Russia or China when masses of uneducated peasants believed all the communist propaganda fed to them, or in medieval England where villagers burned witches and believed in blackmagic… indeed at any point in human history there have been naive impressionable people, and more than you might think.

The only difference today is that the bullshit superstitions they believe come from social media,

“As Huxley remarked in Brave New World Revisited, the civil libertarians and rationalists who are ever on the alert to oppose tyranny ‘failed to take into account man’s almost infinite appetite for distractions'”

TheirTube is a project by open source web-browser organisation Mozilla.