The drone has a transforming design where the rotor arms retract upwards to give an unobstructed 360 degree view, and then down again for landing.

And the camera is capable of sending not one but two 720p feeds wirelessly to monitors on two remote controls, simultaneously.

Here are some images courtesy of The Verge. Lovely job on the design I think… 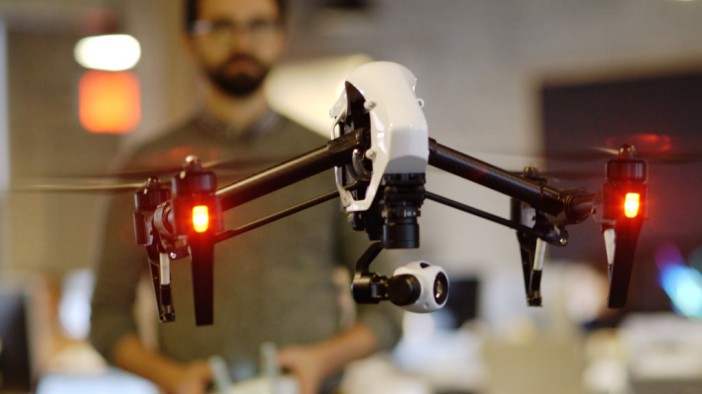 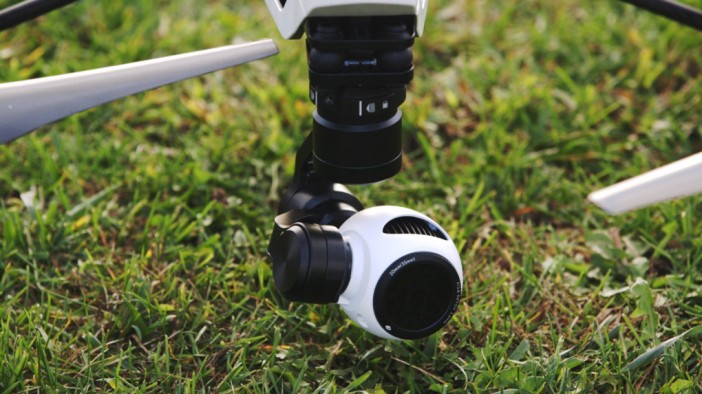 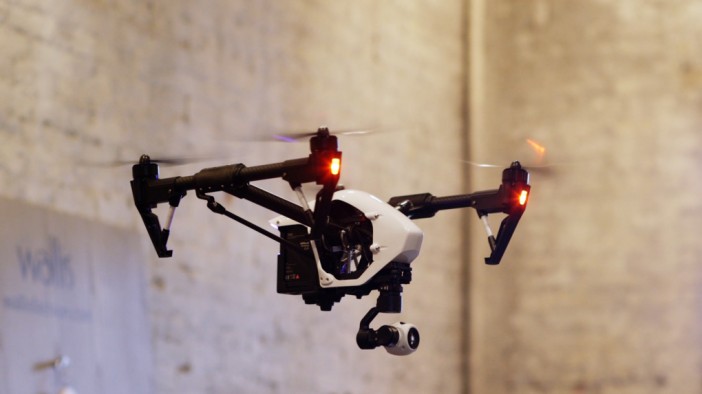 Here are the specs of the 4K camera. It uses a Sony Exmor 1/2.3″ 12MP sensor, likely the same one as featured in the new Go Pro Hero 4 Black edition.

The controller has dedicated separate buttons for video and stills capture. 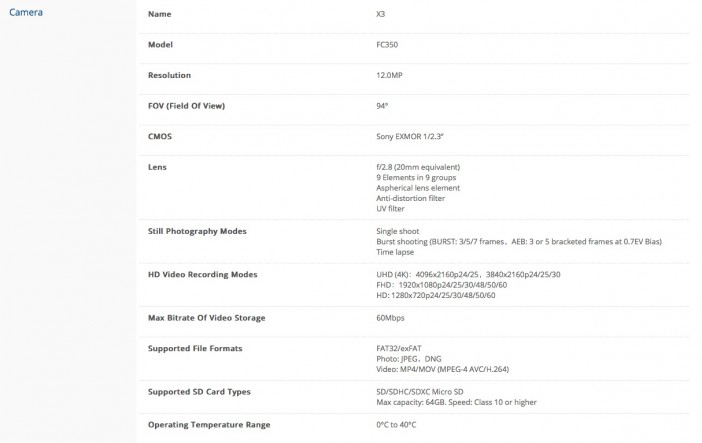 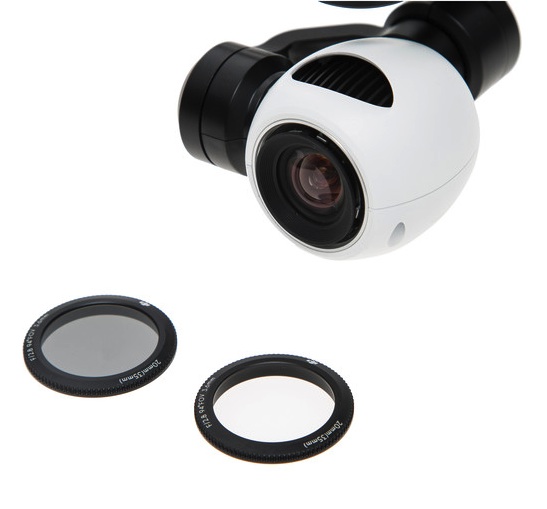 I think 60Mbit/s is very much on the low side for 4K especially with the sweeping motion a drone provides. Would be nice to see it closer the 100Mbit/s offered by the Panasonic GH4.

Two batteries for the drone will be offered, a 4500mAh one as standard and a larger 5700mAh battery.

The ZENMUSE X3 gimbal which comes with the drone for $2899 is detachable so you can use your own on it and a camera of your choice.

UPDATE: now the B&H pre-order is live, there are more product shots of the drone taken from my press pack below…

The draft user manual can be downloaded here. 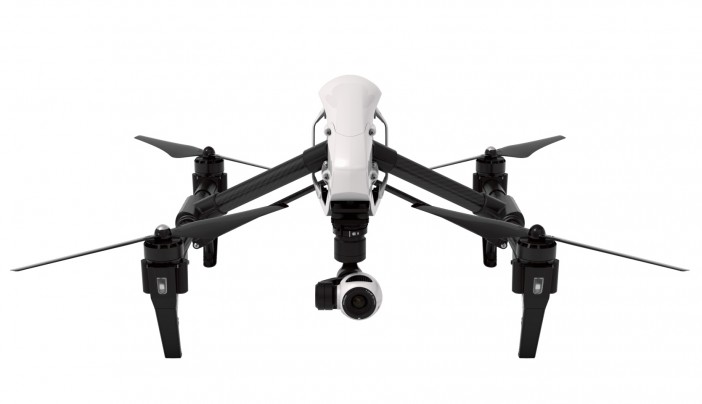 From the DJI official website, the dual-operator nature of using the drone with two remotes.

There’s a twin-remote bundle, or you can buy extra remotes separately at $650 each. 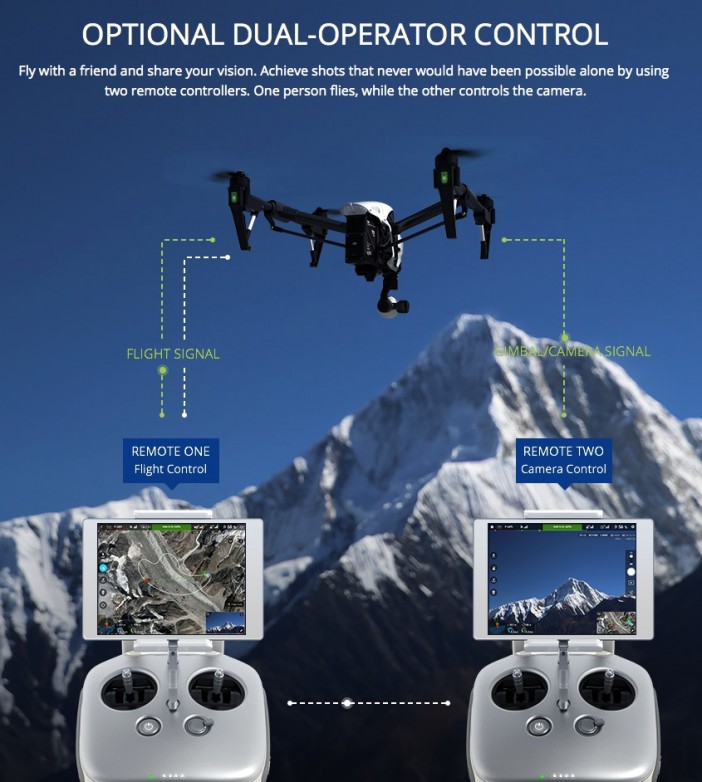