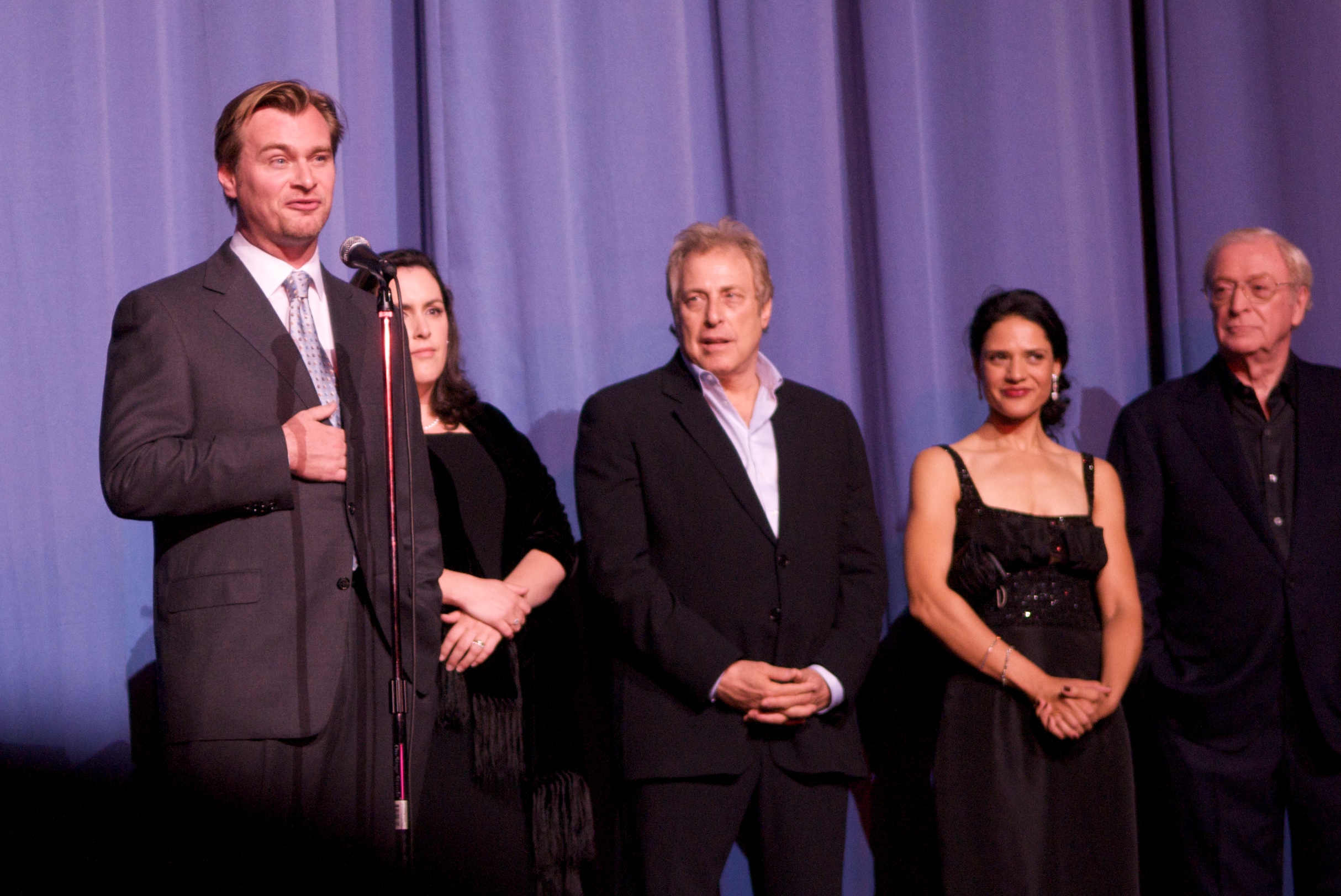 The cinema industry fears the pandemic could be habit forming for the mainstream consumption of blockbuster movies.

The world outside the front door is being battered at the moment. The very stuff which makes us human, that gives us our rich Western culture. At the same time, it’s never been so appealing to just stay inside. You’re guaranteed not to catch a deadly plague. You can pre-load Cyberpunk 2077 on your Sony PS5. Watch infinitely expanding content on Netflix. And now thanks to HBO Max and Warner Bros AT&T you can watch blockbusters destined for multiplex theatres on your laptop in heavily compressed 1080p without having to wait for a cinematic release to finish.

I think this is the point guys like Nolan and Tarantino may as well retire. Part of a group of auteurs who believe in the cinematic experience, the artistic aspect of it where you should see cutting edge filmmaking on massive cutting edge cinema screens with an audience. From now on, it’s all Amazon Prime remakes by directors fresh from a couple of flashy Super bowl commercials. Career filmmakers without an artistic eye. Watch the US remake of Utopia on Amazon Prime if you want to know what I mean, compared to the cult classic British original. That’s the future of Hollywood right there. Expensive looking, Marvel style, artistically shallow, badly acted, badly written, made for an online streaming service trash – a bait and switch – a loss leader – it’s all about subscriber numbers now like YouTube!

So it’s the end of cinema. What happens next?

Warner faces talent exodus, and will rehire from the advertising industry

The Hollywood Reporter quotes an industry agent in claiming Warners have basically pissed off every major talent in filmmaking.

The Warners move poses big, maybe even existential questions: How do theaters survive this supposedly onetime, excused-by-the-pandemic move? Genies are hard to put back in the bottle — and no one believes Warners intended this to be temporary, anyway. What damage will be done to exhibitors by training customers that if they sit on their sofas, the biggest movies will come?

Certainly it will be hard for Warners to come back from this in the eyes of top filmmakers and talent. Not only have they lost the faith of the biggest directors and actors on their books, in flogging their biggest movies to the shit medium of streaming, they haven’t even consulted.

“There’s such controversy around it, because they didn’t tell anyone.”

“In 2021, they’ve got some of the top filmmakers in the world, they’ve got some of the biggest stars in the world who worked for years in some cases on these projects very close to their hearts that are meant to be big-screen experiences. They’re meant to be out there for the widest possible audiences… And now they’re being used as a loss-leader for the streaming service — for the fledgling streaming service — without any consultation.”

“So, there’s a lot of controversy. It’s very, very, very, very messy. A real bait and switch. Yeah, it’s sort of not how you treat filmmakers and stars and people who, these guys have given a lot for these projects. They deserved to be consulted and spoken to about what was going to happen to their work.”

“It was great to see how audiences in places where the virus had been managed carefully and efficiently, where they could safely go back to movie theaters, people came back in great numbers. And what was a wonderful thing to see for the future of our business. Obviously, to not be able to travel the world with everyone involved with the film and have the premieres and experience it with audiences in, you know, Japan or Australia or wherever was a source of frustration. And then to not really be able to release the film in the United States was a source of frustration. But at the end of the day, 2020 has been a year of tremendous adversity for everybody on the planet, so we feel very lucky — I feel very lucky — to have been working and to have been engaged in a creative pursuit”. (Source)

Of course Nolan is right.

Nobody wants cinema to turn into Amazon Prime or YouTube. It’s a short term bait and switch that could damage millions of jobs. As soon as HBO Max show the new films, they’ll be pristine pirated versions available for download all around the internet. It’s a bad financial decision, a bad cultural decision and basically a real knock on cinemas across the world just at the moment they are down – not just down actually but silenced completely.

One of the biggest advocates of the big screen experience has been quiet so far over the streaming controversy. Kill Bill vol 1 and 2 are streaming right now on HBO Max and if Tarantino wants to make a gesture, he should have them pulled.

Hopefully he will speak out soon.

Nobody can blame people for wanting to watch the next blockbuster from the comfort of their own home, but by depriving cinemas of everything they have to to entice people back post-pandemic is not the way to do it.

According to The Hollywood Reporter article, James Gunn (new Suicide Squad movie) was offered pathetic compensation from the mooted HBO streaming deal. The formula is likely similar to music streaming revenue. If it sounds bad for guys like Gunn and Nolan, wait to you see how little income remains for the smaller movies on more niche streaming platforms. Indeed the subscription based streaming market for movies likely doesn’t have room for many platforms at all and most will fail.

In music, Spotify, Apple Music and Tidal are the only ones with a massive world-wide reach in subscriber numbers. Spotify Premium still has “only” 144 million subscribers though – and the free version has far more use, supported by advertising revenue. By comparison HBO Max has to date just 8 to 12 million active users. It’s part of a highly fragmented market. DRM restricted, basically no reach outside of one country and let’s face it – who is going to subscribe to 20 services in such a fragmented market? 99% of them long-term are going to fail. There will be 3 or 4 left – Netflix, Amazon, maybe Apple.

I have no faith in services like HBO Max. They won’t win. They’re not sustainable. Nolan knows it. We all know it.

In light of this and more, movie producer are taking Warner Bros / AT&T to court.

Many think Legendary will be the first to file a legal challenge. The company fired off a previous lawyer letter after Netflix offered something north of $225 million for the rights to Godzilla vs. Kong, which has seen its release date moved from March 2020 to November to May 2021. Though Legendary financed 75 percent of the movie, Warners had the power to block the sale and did.

Legendary asked whether the studio would then give it a deal to stream the movie on HBO Max — and got no clear answer until its executives woke up one December morning to find that the movie was going day-and-date on the service without the benefit of a negotiation. Legendary’s even more expensive picture, Dune, is getting the same treatment. The other companies that finance Warners movies, Village Roadshow and Bron, are also said to be aggrieved parties that might end up going to court. (Source)

Although there is a sense of hypocrisy in this – Legendary wanted to sell out to a streaming service – they at least made sure of adequate compensation (before Warners vetoed it). $225 million would be enough to mitigate at least partially the lost revenues from a worldwide cinema release from a major blockbuster. Marketing costs would be lower. Cinemas wouldn’t need to be paid their cut… And so on. All of this probably appeals to the studio beancounters and producers, but it sure as hell doesn’t appeal as much to filmmakers. Thus Warners could also see legal challenges from talent.

“Dune director Denis Villeneuve is said to be among those who felt most strongly that a traditional big-screen release was essential for his film.”

“Chu, who along with Lin-Manuel Miranda went through an intense courtship with multiple suitors for In the Heights and who had turned down a huge Netflix offer for Crazy Rich Asians because he cherishes the communal theatrical experience, told an associate he was “shell-shocked” after being informed of the Warners decision.”

“Sources say WarnerMedia insiders have been hoping that Disney will follow its lead and shift its slate to streaming. But Disney, which had seven billion-dollar-grossing movies last year, isn’t about to do that.” (Source)

Going forwards, working for a studio that vetoes Netflix AND shafts their own theatrical releases is probably not a good idea anyway is it?

No matter the opinions of talent and the movie world in general, their hands could be forced in the short-term to accept lower revenue and their hard work ending up on the world’s worst streaming services.

A big shake up of the financial and business side of filmmaking is coming – there may not be many cinema chains or even smaller independent theatres left after the coronavirus pandemic to go to. Most of them are in dire straits.

The future of the big screen is in the home for the mainstream film viewer. Perhaps an upgraded TV, or for the few enthusiasts a big home cinema projector. Sadly most of the next generation of film viewers will hardly ever experience the big screen. Film lovers will make the effort, the general consumer won’t.

There will however be some light at the end of the tunnel.

People will be so sick of working over Zoom chat, watching the latest summer blockbuster in front of their smartphone screen and twiddling with their PS5 joypad come Summer 2022, there will be a resurgence of demand for outdoor social activities post pandemic – and an opportunity to reinvent the cinema experience for those who value it most. If the multiplex cinemas are to die, replaced by streaming services – then a more niche and up-market home for real film lovers can thrive in their place and I’m all for that, even if the global mainstream reach of Hollywood blockbusters will be mainly in front of a tablet rather than the cinema.

Perhaps it is best that some moviegoers stay at home anyway.

Top directors can make films for film lovers and the Marvel superhero crowd can eat their disgusting nachos on the sofa instead, where they’re not bothering me. Perfect.