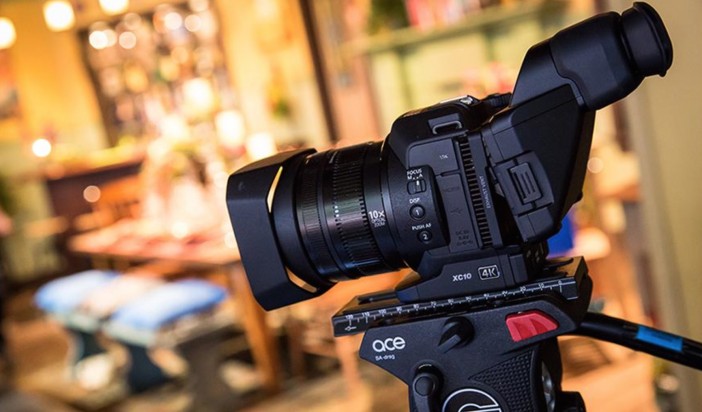 Numerous times Canon have touted the XC10 as a perfect drone camera.

Let’s see if they are right.

Drone operator Scott Winn has been testing the Canon XC10.

Canon are keen to mention the drone usages of this camera, presumably because it’s a growing market and they want our money.

Yet I’ve never considered a zoom lens or AF suited for drones and it seems my fears were justified. Says Scott:

“On occasion while flying this camera when we would looks straight down the lens would slide out, and we would have to land to fix it”

There’s apparently no simple lock on the zoom, like there is on the Canon 18-135mm EF-S STM, which shows Canon didn’t consider drone users at all.

The fix? Scott says he had to tape up the lens barrel.

The camera is a little heavier than the GH4 says Scott and the ability to put an Olympus 12mm F2.0 prime on the aforementioned camera certainly helps bring the weight down further.

Of auto-focus – I’m a bit baffled as to why you would set focus on a drone to anything other than infinity – but Scott says AF was a problem as well. On the ground, it performed ok but when in motion in the air, Scott says it couldn’t track the scenery and would constantly go out of focus or hunt around. So the basic drone lesson for today filmmakers… don’t use a zoom and don’t use AF!

As for spending $2500 on a Canon XC10, that entirely depends on how mad you are.