The Schneider-Kreuznach 17mm F0.95 was a curious lens I recently picked up in Berlin at the wonderful Foto-Max on Augsburger Strasse.

If you are ever in the city looking for c-mount lenses or anamorphic this shop has to be your first stop. They sell online as well and new gear too.

This makes it the perfect camera for LENSES GONE WILD, a bunch of lenses that are frankly drunk.

As you can see the donut shape of the bokeh on this lens is quite unique. If you look into the lens itself you see a mirror reflection of yourself in the centre where the light should pass straight through.

Spooky. The mirror just seems to float there like a ghost, nothing holding it up. Light seems to go around the edge of it, getting reflected back the other way before finally returning to the camera. 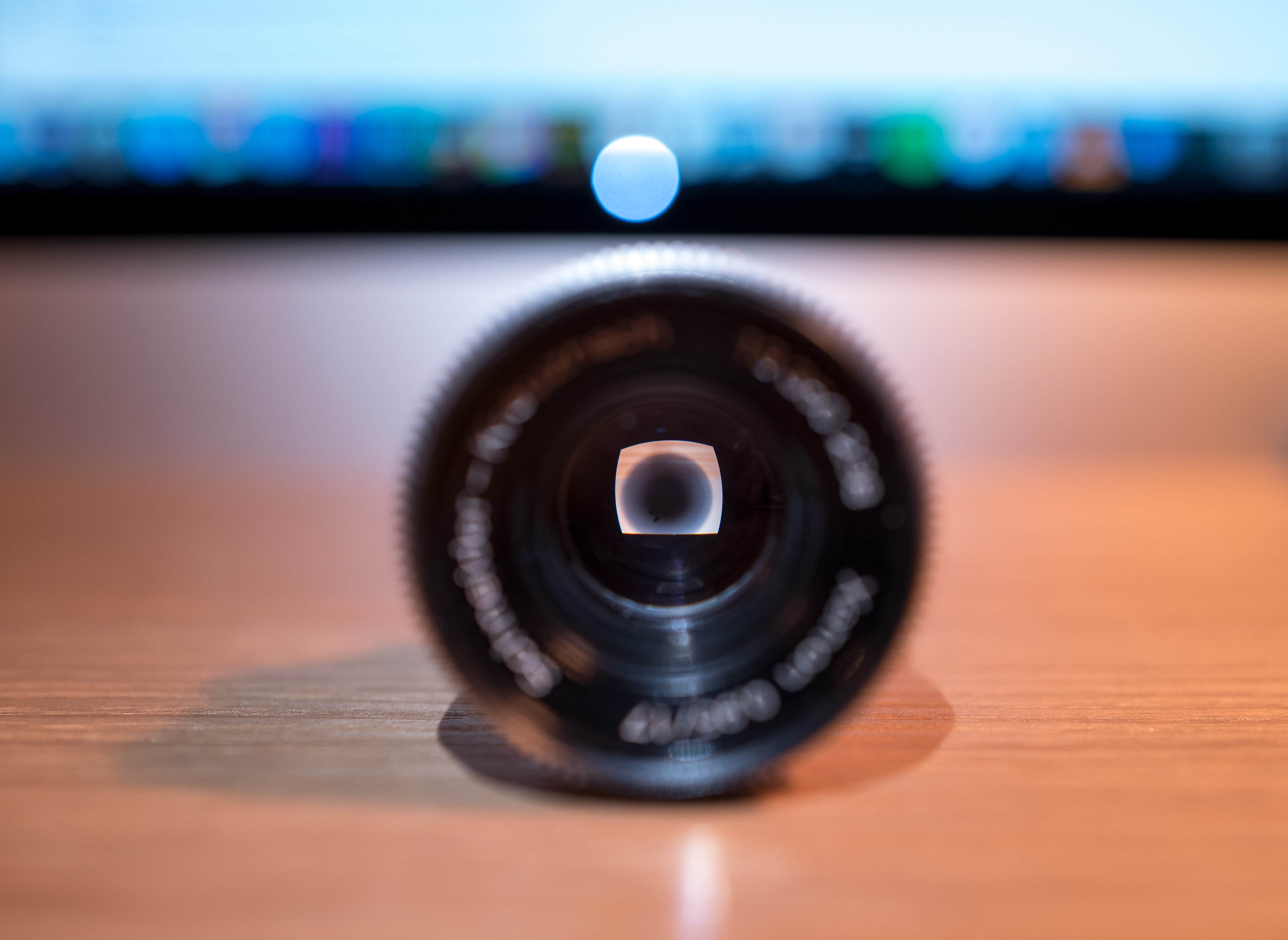 This is extremely rare to see on a wide angle 17mm c-mount lens with an F0.95 aperture. The only mirror reflex lenses I’ve ever seen have been the big telephoto mirror lenses such as the 500mm F8!

If I am wrong about it being a mirror inside altogether and something else – I would love to know what it is!

Wide open this lens has quite a soft and glowing look, which you can expect given such a wide aperture – close it down and you have the choice between a more ‘normal’ sharp image and the dreamy wide open look with onion ring or donut bokeh depending on your appetite that day.

When you do stop it down the bokeh goes square! Spongebob Square Bokeh! Thats’ because it only has a 4 blade aperture. 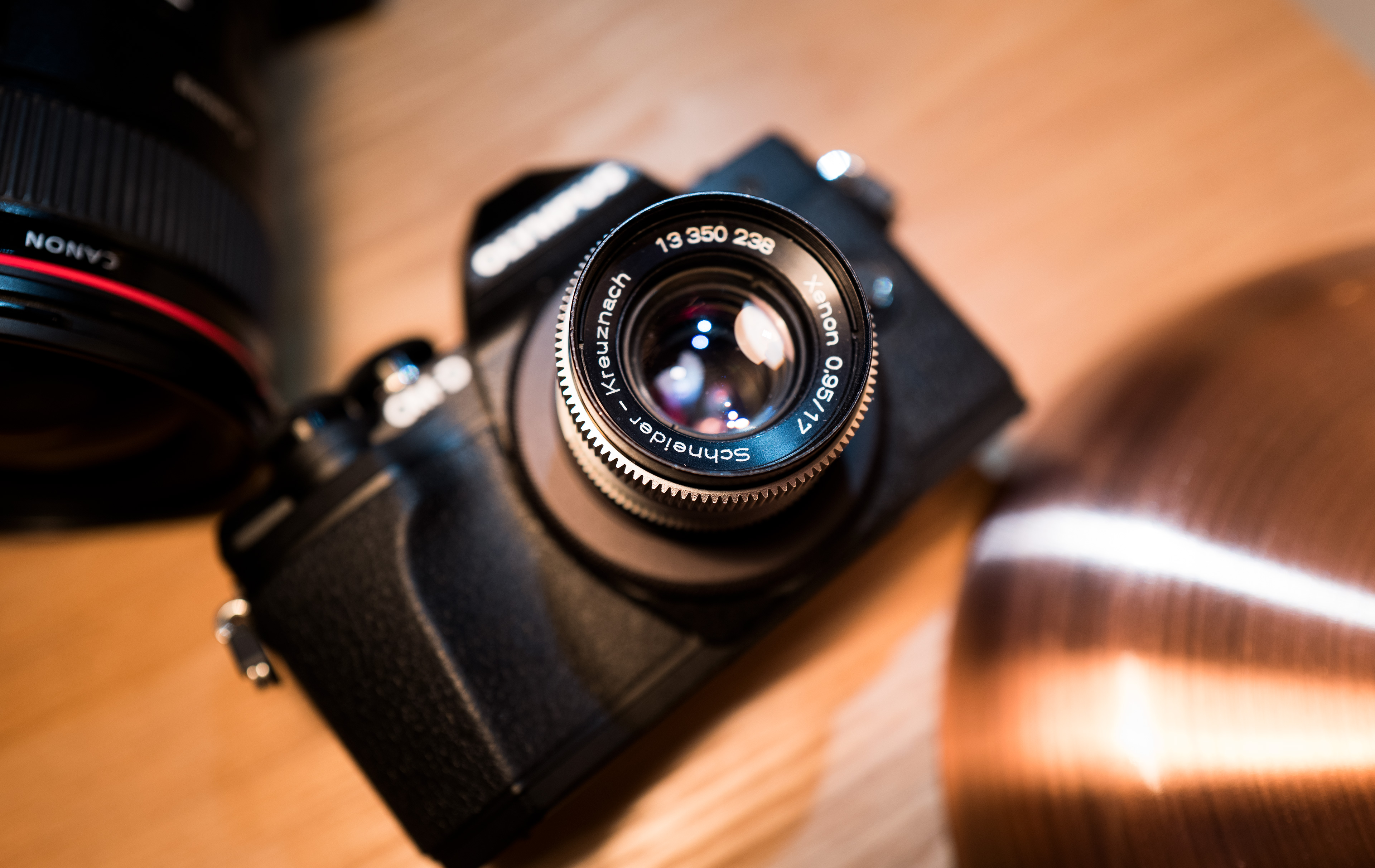 Combined with the E-M10 III the lens and camera are so small, hardly anybody notices you – it’s the most unthreatening thing in the world – looks like a toy lens, but the build quality is incredible and the focus ring is butter smooth. It’s a specialised machine vision cine lens, which originally sold for $2000.

That means a gearing pitch on the focus ring and a completely stepless aperture.

Just something to be aware of however – the rear element goes extremely far into the mount of the camera, so it won’t fit everything without brushing up against the internal housing. That stops it from going to infinity focus on some cameras and it may even damage your shutter – so try / buy with care! On the E-M10 III it does go to infinity but the rear of the lens literally nudges up against the internal housing.

It could be interesting on the Blackmagic Pocket Cinema Camera 4K – hopefully it will fit the non-IBIS cameras with a little more room to spare?

If you come across one on eBay and want something truly different and weird…seriously consider this gem and try it first to see if it fits your camera. 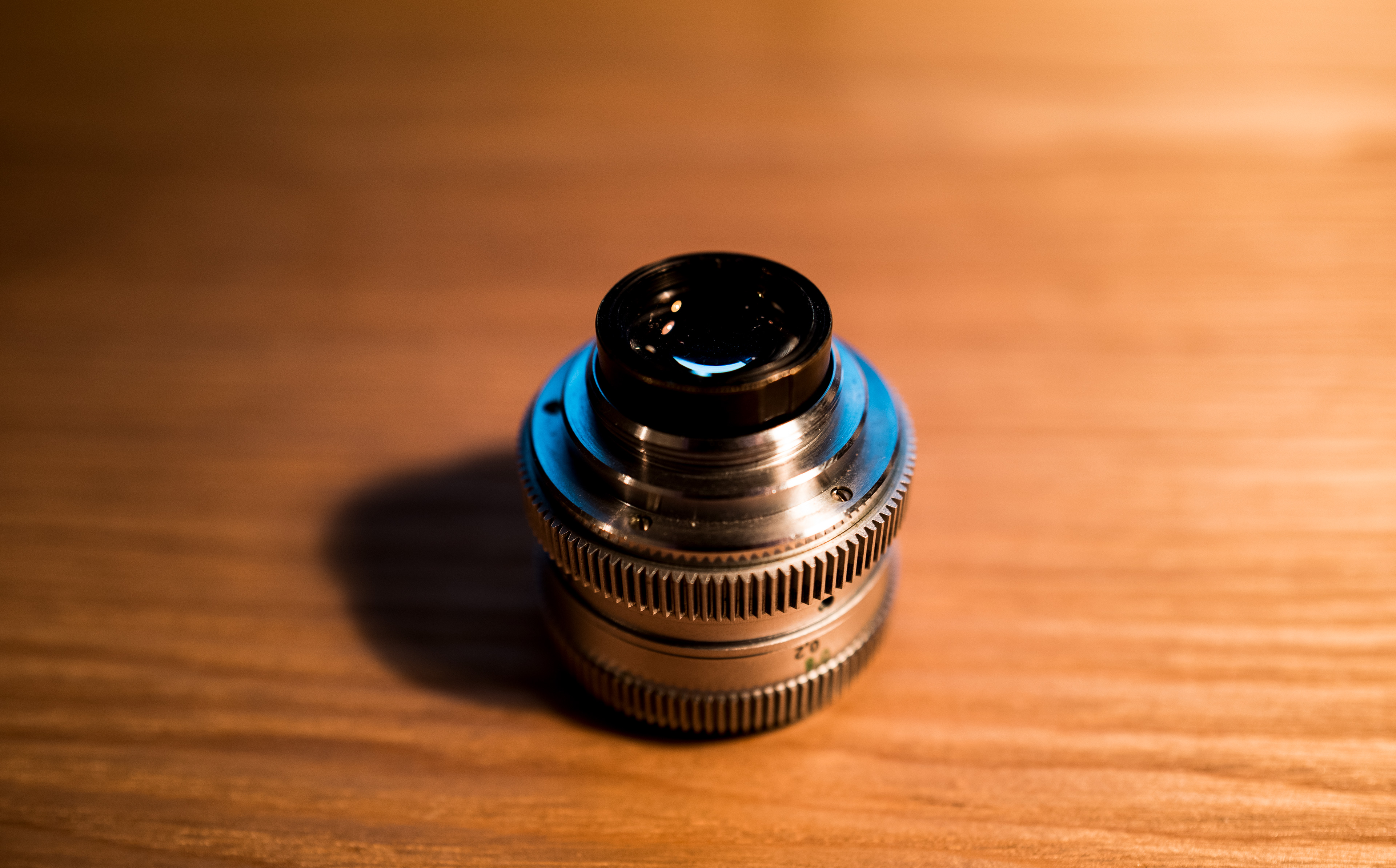 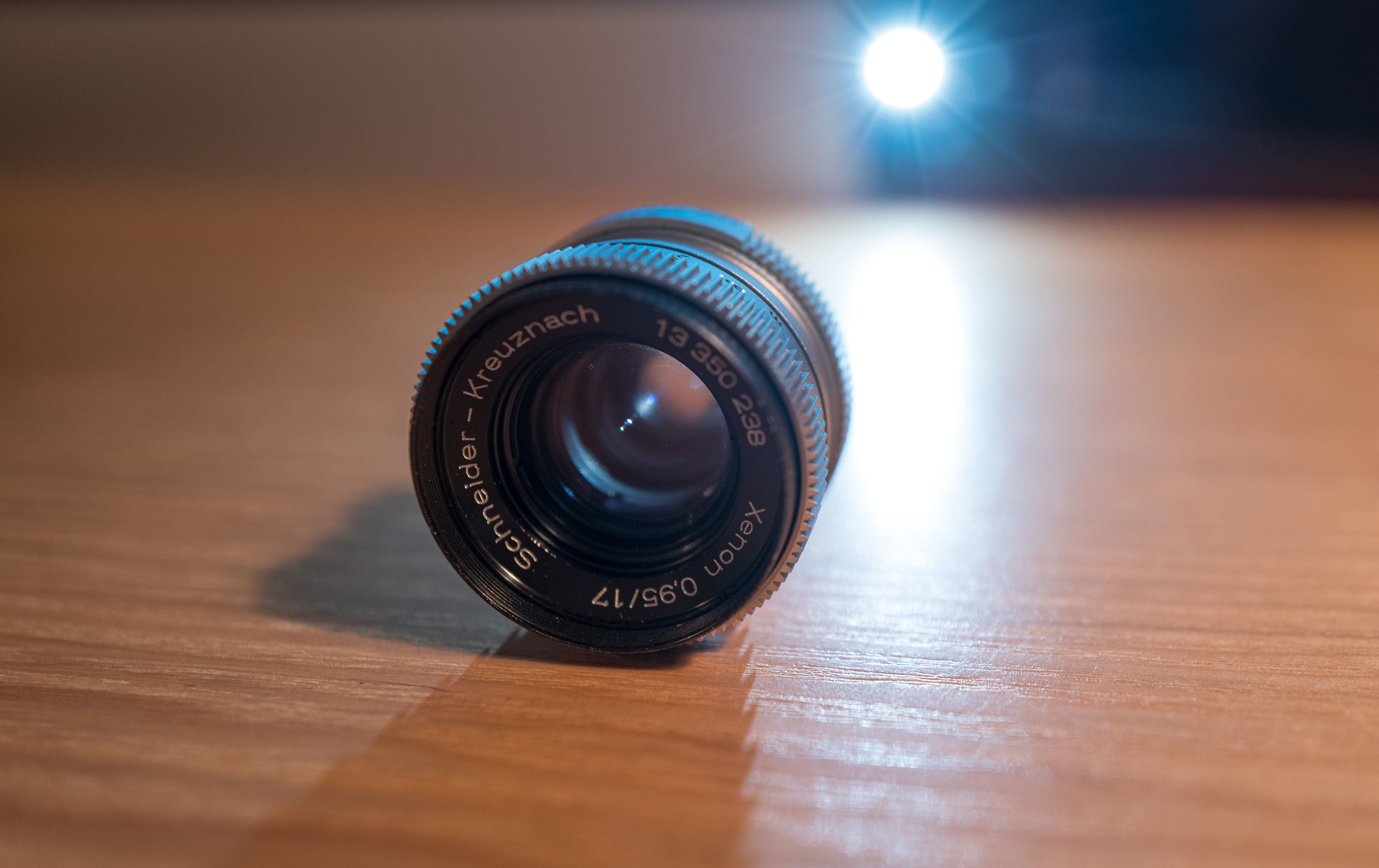 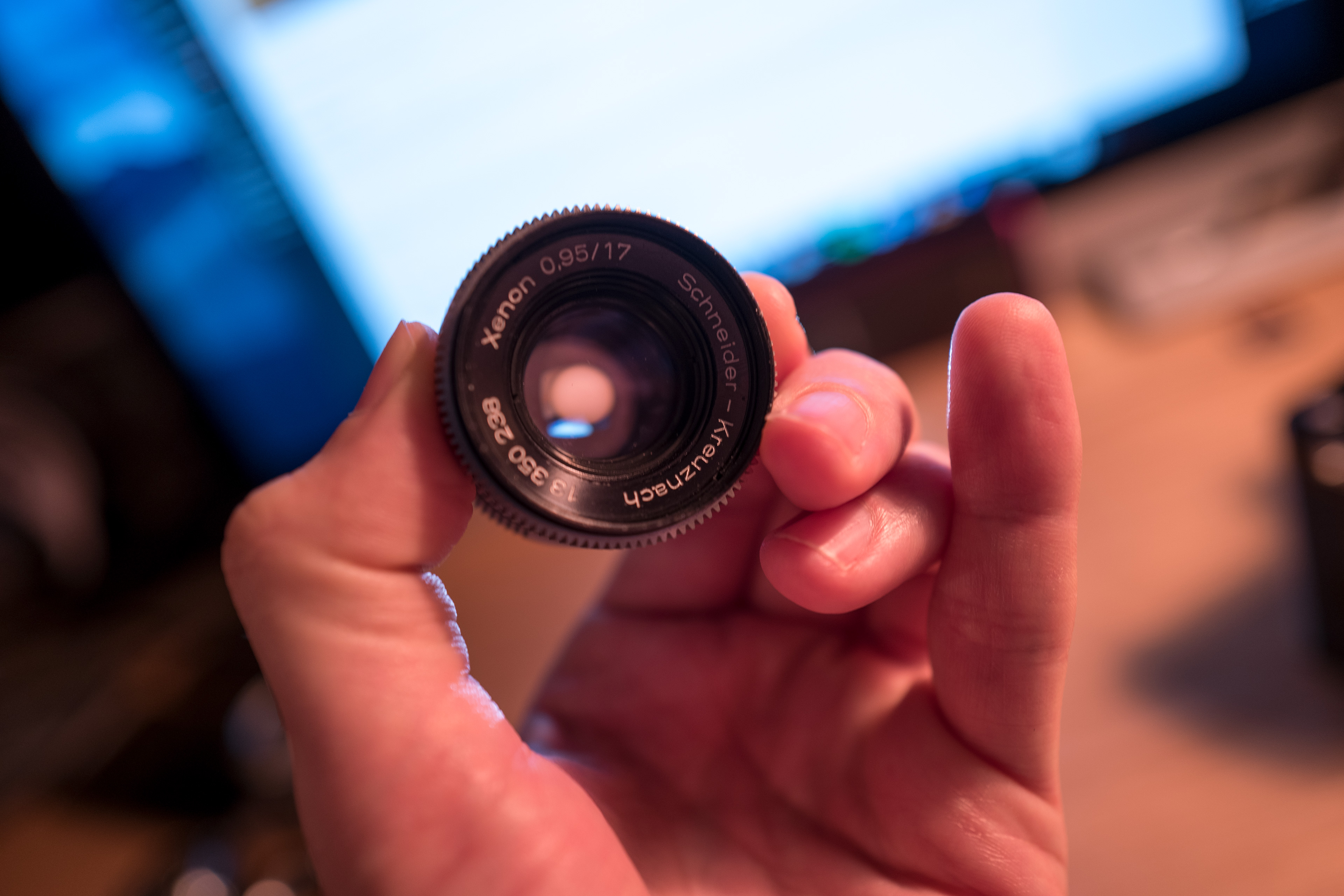