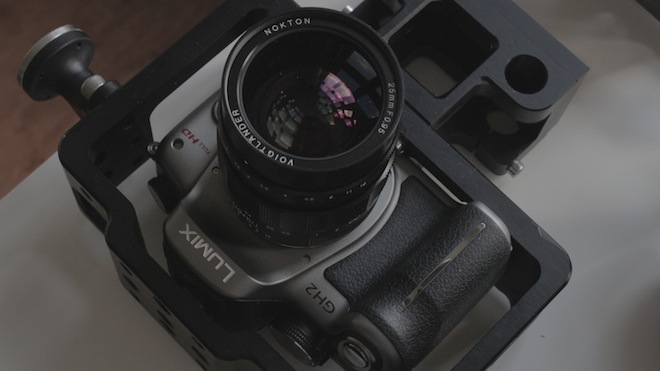 Vitaliy Kiselev says via has personal website, that he has successfully dumped the GH2’s firmware and has begun reversing it.

Dumping of the firmware is the first component of a successful hack and allows a copy of the camera’s firmware to be reverse engineered so that Vitaliy can understand how it operates, and how to change settings.

The next step is to reverse engineer the encryption routine from the unencrypted firmware dump which allows Vitaliy access to critical routines. This is still necessary since the public firmware files are encrypted as will be future updates from Panasonic. Then one of the next steps is to openly involve testers to help him feel his way through the firmware and to understand what each line of code and parameter does, so he can apply patches to unlock, enable or change functionality.

Vitaliy says that video functionality on the GH2 operates in RAM instead of ROM, which is extremely significant. ROM is a read-only memory which contains the firmware – the base from which software on the camera runs from. RAM is the live memory of the camera, and so if fundamental video functionality operates in RAM, Vitaliy can hopefully give us the ability to change hack parameters on-camera or via USB, without the need to keep reapplying modified firmware as was the case with the GH1.

Though that is speculative and it depends on exactly how far Vitaliy can reverse engineer the firmware.

The move to RAM with the GH2 was probably for speed and / or capacity reasons.

Great work Vitaliy. Expect plenty of news and testing in the coming weeks if reversing goes as expected and be sure to keep an eye on Personal-View.com – Vitaliy’s own blog.

Please carry on donating since Vitaliy needs another GH2 – his last one was sacrificed for dumping the contents of firmware chips physically off the mainboard.