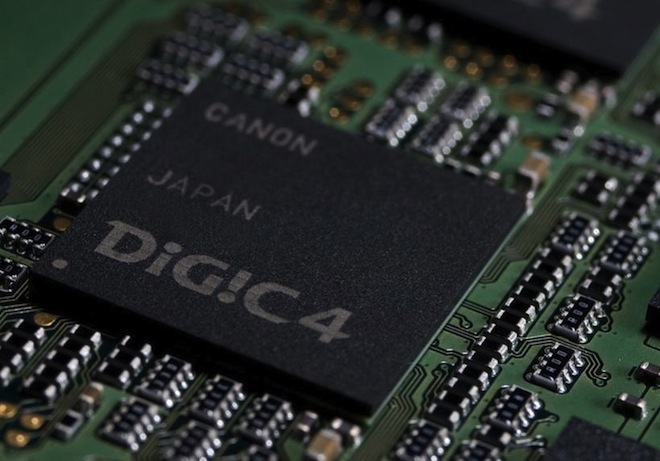 It has been a long wait for the 5D Mark 3 and 1DS Mark IV, EOSHD.com explains why.

As we know, things have been quiet on the Canon again grapevine since Photokina. Throughout the year Canon have not advanced their flagship DSLRs as we hoped they would, and Photokina 2010 marked the 3 year point in Canon’s product cycle for the 1DS. The camera did not show, so people began speculating as to why.

The answer? DIGIC 5 is the culprit.

DigicV will allow for handling of binning, better video and ‘software removal’ of the need for an [electronic]AA filter at 35+MP

Aliasing comes about due to the structure of pixels on the sensor and the resolution of the lens. Medium format cameras are known to remove aliasing and it’s evil French brother moire electronically already. But these have slower CCD sensors (i.e. by Kodak) and fast CMOS sensors at 35MP coupled with the scaling required for 1080p video demand much greater processing power.

It has long been rumoured that DIGIC 5 would have a core architecture designed around video – of which pixel binning and software powered anti-aliasing would play a key part.

In actual fact PC, Playstation and Xbox graphics chips have had exactly the same capabilities for a while, but these chips are power hungry ‘desktop’ CPUs which run hot. Even in modern day laptops the upshot of such capable graphics processing is that the machine requires a lot of battery juice, and produces heat. In 3D games like Call of Duty, jagged edges and dot-crawl over fine textures was smoothed out by a process known as Full Screen Anti Aliasing and this is what DSLR video needs.

The limiting factor is that DSLR ‘graphics chips’ need to be mobile, economical and cool running.

If the iPhone 4’s image processing capabilities represent the cutting edge of current mobile CPU design then DIGIC5 is probably going to be similar. The iPhone 4’s graphics chip does anti-aliasing and pixel binning on game textures. It’s probably going to take Canon until the middle of 2011 to finish the engineering process and DIGIC5’s core firmware coding.

In the mean-time the Panasonic AF100 video camera succeeds in removing moire and aliasing with a stronger optical AA filter over the sensor.

This approach is fine for video cameras but does not please the DSLR stills crowd (high resolution stills with a strong AA filter over the camera’s sensor look soft when viewed at 1:1 on review sites like DPReview.com) so we won’t be seeing strong optical AA filters in DSLRs. They need to be electronic and work hand in hand with better scaling for HD video.

I believe Canon are working on it and that the constant rumours are mostly correct. Count on it.