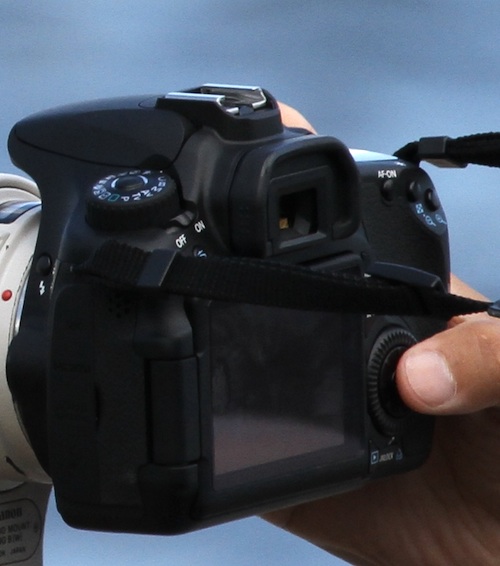 First the 60D – this is going to be my new favourite camera. Apparently it is ‘movie orientated’, rumoured to feature DIGIC 5 with better video processing capabilities. Bye bye moire. The screen is articulated – a feature 2nd guessed by rumours as far back as 3 months ago! Now it’s official, as these shots from CanonRumors reveal – this is no Photoshop mock up! This is the actual camera being tested right now.

As you can see it flips out to the side on a hinge, just like with the Panasonic GH1. I love this feature. On the other side of the camera a video record button is present like on the 7D, and the camera has the same handy wheel with a ‘set’ button.

CanonRumors also have some nice info about what we may be able to expect from the forthcoming 1DS Mark IV. This is a full frame camera with DIGIC 5, if rumours are to believed – it also supports RAW video recording in a new format. The sensor will be a low light powerhouse, along the lines of the D3S with lower megapixel count. I can’t wait for this one.

Canon are also supposed to be pushing continuous AF in video mode from now on, although I can’t see how that will work unless they also produce some new contrast detect supporting lenses with silent motors. Some of their newer lenses have silent AF, but not the silent iris of the Panasonic HD optimised equivalent. I expect we will see some nice new Canon lenses at Photokina which are geared towards video recording.