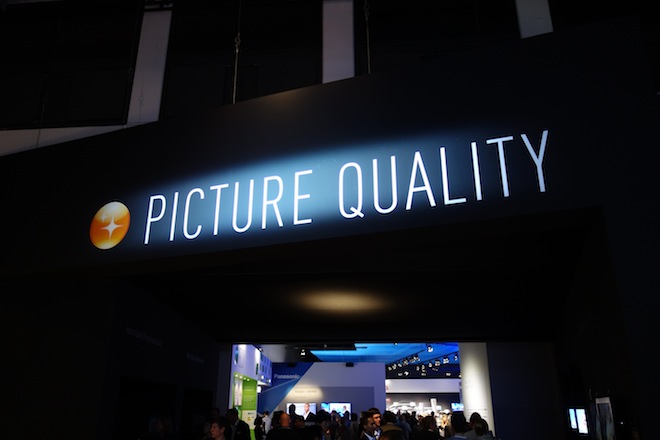 So what is the future of TV? Well there’s a very good chance it isn’t 3D or 4K, and that TV panel manufacturers are heading for even tougher times. HBO’s CTO (Chief Technology Officer) Bob Zitter is one of the most prominent TV industry figures to voice his belief that 3D and 4K are not suited to home viewing.

His thoughts don’t make good reading for Sony, Sharp, Samsung, etc… but is he right?

For me the future of TV is online.

I have not owned a terrestrial or cable TV set for 3 years and have no intention in changing. I watch TV via on-demand services online (from major broadcasters) and movies on a home theatre projector, most of which I stream or download in 1080p via iTunes, NetFlix and LoveFilm online. I dislike the way 3D looks and I don’t feel it adds to the emotional immersion of a story. 3D completely removed me The Hobbit and I couldn’t get properly engaged with the characters.

Now HBO considers 3D a proven failure in the home.

As for 4K it is almost certain to be a slow burner – but Bob has doubts as to whether it can ever become a mass market home viewing standard.

If indeed the future of TV is online then the adoption of 4K will be slowed down by screen size and bandwidth limitations. Currently most internet connections don’t have the bandwidth to stream 4K though that is changing for a privileged few with the advent of much faster internet services in very specific areas of major cities and the upcoming H.265 codec will assist this further. 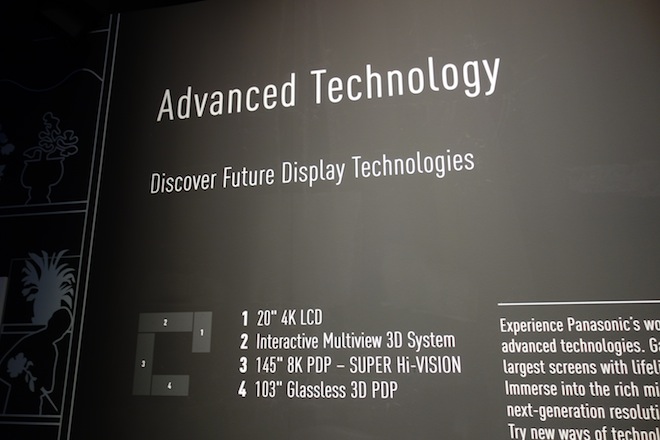 Above: Manufacturers such as Panasonic are pushing huge resources into the production of 4K and 3D display technology, even 8K Super Hi Vision

As for the 4K TV sets themselves these currently retail for 20,000 euros near me and I have absolutely no content to make use of one!

Bob told the crowd in London at the TV Connect event that he was “very sceptical that consumers are going to want to buy [4K]” and that only 25-30% of homes even in the US have space for a TV large enough for viewers to discern the difference between 1080p and 4K.

What are you going to do to make 4K a mass market technology like 1080p? Bulldoze 70% of houses and rebuild them with larger lounge room walls?

In my opinion 4K in the home is going to remain a very premium niche and it will be very hard to get mainstream acceptance because the difference is so hard to perceive at normal viewing distances on regular sized TVs. I’m all for 4K cameras and acquisition but it will be a long time before we figure out a way to get the masses benefiting from the jump in resolution. At the IFA last year Sony showed me their new upscaler box which took 1080p and upscaled it to 4K2K on a 50″ 4K display – it looked as good as actual 4K and I was sat quite close, so where’s the incentive to pay a premium for 4K content even if you own a 4K display? 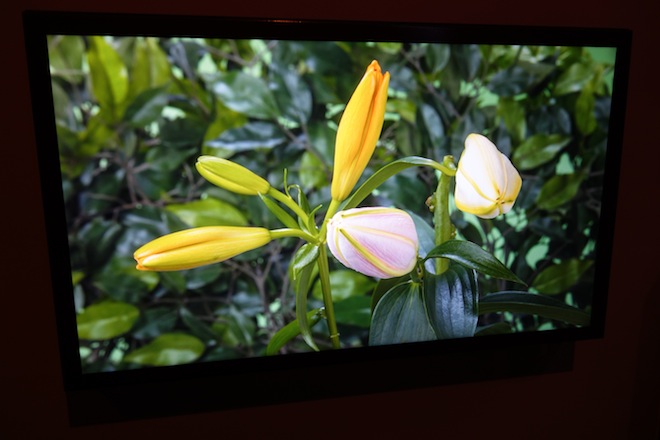 Above: Panasonic’s 20″ 4K display is beautiful – but only at very close viewing distances

I want to shoot 4K for the cinema and maybe for a small benefit when shown in a high end home cinema (on a projector). But on a 40 or 50 inch lounge room TV? No benefit for the viewer.

Bob went onto say that broadcasters like HBO would not have an incentive to migrate from 1080p to 4K if only 30% of the market could be addressed with the technology (due to the living space issue).

It seems making money from 4K is going to be more difficult than the TV manufacturers expect.

Is there such a thing as ‘too detailed’? The Hobbit sharpness in 1080p on TV discussed at the EOSHD forum