Above: Säure trailer on Vimeo by Andrew Reid

I was cinematographer recently on a trailer for Berlin theatre production Säure (which translates as ‘Acid’).

Some people really do make great storytellers. Julka Duda and Susanna Duda (below, left) are two such people. A cinematographer rarely makes a good storyteller on his own, but at the moment the trend online is for cinematographers to keep saying ‘the story is king’ until they are blue in the face. Sure it is necessary to understand the message of the film and the overall story – but for a cinematographer it is the images that are most important. 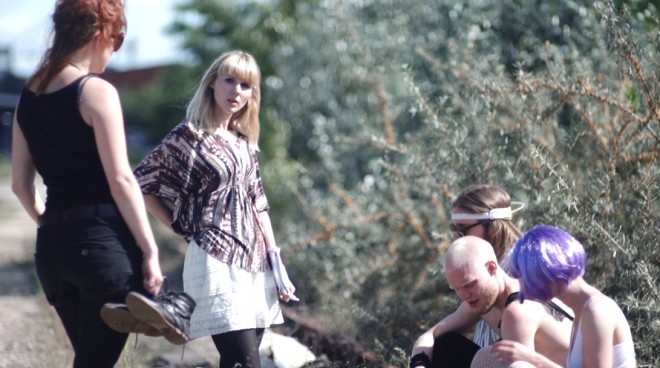 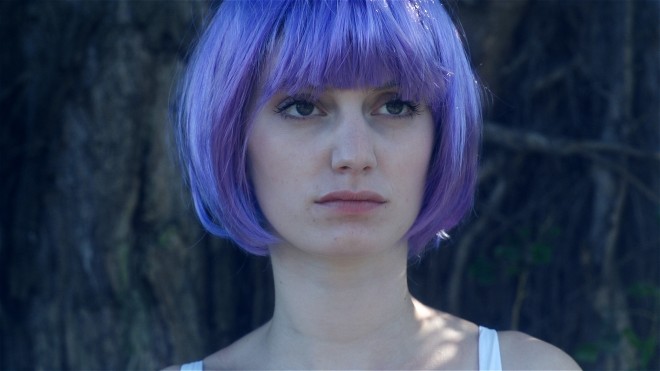 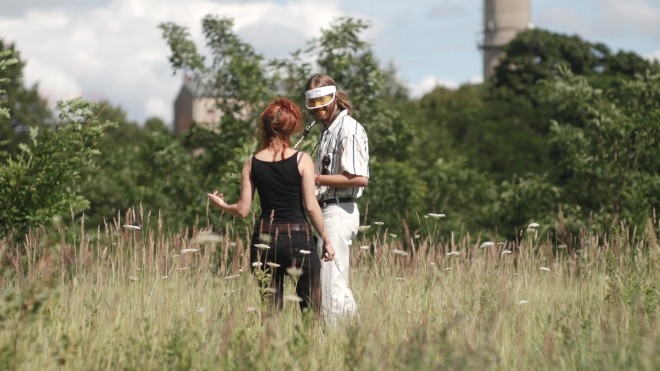 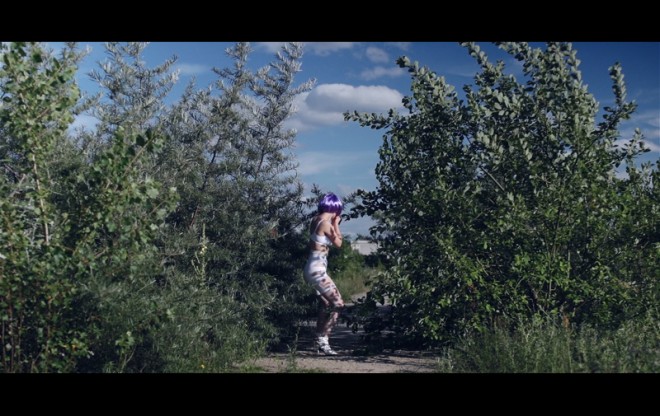 So, having often come up with the concept for almost all my DSLR pieces over the past few years it was very liberating to be involved with a group of people focussing on the content, and me on cinematography duties.

Traditionally although it is always a joint effort in filmmaking, the writer tells the story, the director translates it to screen and the cinematographer provides the visual ideas and aesthetic to make it all as emotionally powerful as it should be. Everyone brings something extra and unique to the table. When experienced cinematographer Christopher Doyle turned his hand to a short film as a storyteller however, the plot was broken and the camera work was the best thing about it! If you’re an aspiring filmmaker, I don’t recommend you try and do everything. Specialise in what you’re good at – it is likely for example that a writer would make for a better storyteller than a cinematographer, so let the writer tell the story and the cinematographer shoot.

David Lynch was a surreal inspiration here. What Lynch does very well is to build interest by giving so little away. The purpose of this trailer is to capture an audience’s interest in watching the full theatre production.

Curiosity is very underrated in the world of people jostling for position, trying to create as large an impact as possible, attention seeking. Modern trailers really suffer from this. Look at any recent blockbuster trailer. You feel like you have watched the entire film in abridged form, you feel like your curiosity has been satisfied already. The art of trailer editing has been lost I think – now it is about creating a sense of worth, that this is a ‘massive event’. But I think curiosity value is more important. I don’t just want to be impressed by the film’s inflated sense of worth – If I’m not curious to see more, the trailer has failed.

The first thing Julka suggested in our collaboration was that I watch Rabbits by David Lynch. I still have no idea what it is really about, just my own suspicions and an urge to find out.

Concentrating on a theme helps you to focus on what is important. The theme here is dark and surreal plus things key to the play that I won’t reveal here. Suffice to say we wanted to introduce the characters by having them perform a single action from the performance itself. As I said it is very important to resist the temptation to meddle too much and delegate where needed, to focus on defined roles. Although I was involved early in the ideas for the trailer, I was happy to let Julka and Susanna come up with the final concept. This whole process only took around 1 week and then we were ready to shoot. The shoot took approximately 7 hours and during that time I had a really tight focus on what we wanted. But then in the edit, things change so much you often end up with something nobody expected to see. As long as it stays true to the core theme – you’re going to be OK. 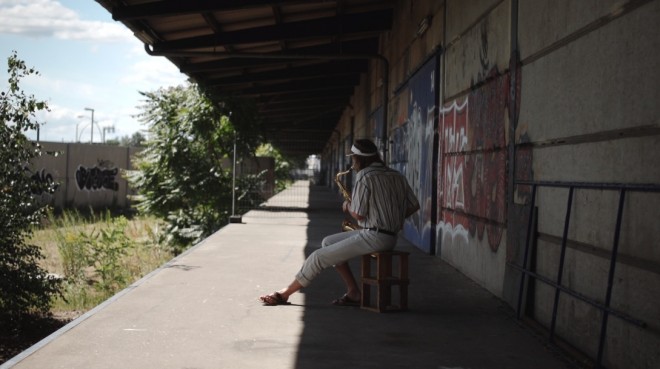 One of the great things about Berlin is that not all the prime central land is privatised yet. We took the characters off the stage and put them in a desolated industrial wasteland to the north. Artists need open space which is free to use and interesting to interact with. Berlin certainly has that but it is changing day by day as more and more private developers and corporate businesses move in.

I loved the consumes for this. The Fifth Element style outfit Judith was wearing and the blue hair was visually splendid against the industrial wasteland backdrop. The light was vital to provide some texture and form, during a 7 hour shoot. With the sun as a key light continuity is harder. Between 6-8pm in the summer months you get that warm ‘Terrence Malick’ light which is worth chasing and worth planning your shoot around. Even if you go for a cooler temperture in post with the grading, longer shadows and a shallower angle of light gives far more visual impact than flat mid-day light.

When it comes to natural light I tend to shoot at night because electronic light sources are plentiful in a city and some rather by accident light as a cinematographer would purposefully and artistically. I love the look of natural location light, shooting in the day with just that one source (the sun) is much harder.

I have more coming separately on EOSHD about the FS100. Here’s what I had on the shoot with me: 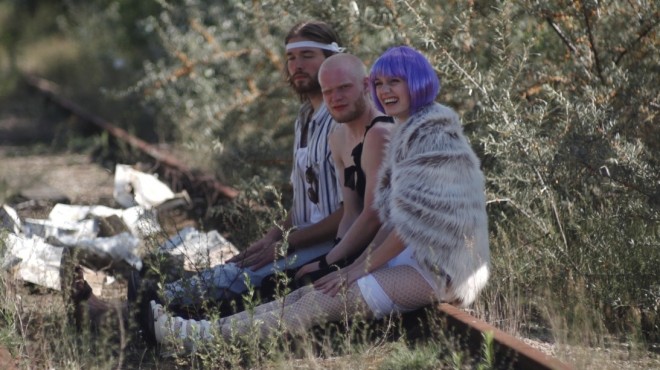 Gear influences the aesthetic you’re trying to get via everything else. I tend to go for aesthetic first, operational side next. The only reason I didn’t use the GH2 for this was because I wanted some slow-motion from 1080/50p as well as the far larger battery capacity from a Sony NP-F970 (40x the size of the GH2’s cell). It turns out I did miss that ultra crisp GH2 detail and lack of compression mud. With whole-frame flare-ups (using an umbrella as a French Flag) I had some mud issues with the FS100’s codec breaking up. Apart from that everything held up very well.

, that Jared Abrams very kindly provided from his Board of Education Kickstarter came in very useful on this shoot. I am impressed with it because it isn’t expensive at all compared to the cheaper generic versions yet performs FAR better. Great sharpness and doesn’t shift the colour around too much. However they are no good for my anamorphic lenses, as the front of the lens rotates. I’m still hoping for a digital ND to come out which varies when a voltage is applied to the glass. The technology already exists.

Aleksandra Duda for the costume design, Susanna and Julka Duda for directing so creatively!

Säure premieres in Berlin at the Theater im Kino on 10th August.