5D mark III ML - is there any camera that matches the colors? 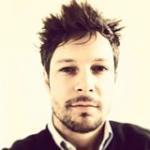