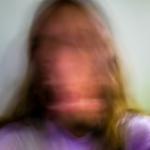 i have the mod and yes its expensive but im glad i got it. besides the metal housing protecting the lens, it makes it much stronger, so im not so worried about the plastic shrinking, deforming when

You get a more robust lens but you loose a bit of flexibility â€“ because of it`s design (as mentioned before). It becomes a real "fat lady" after the mod. And with the close focus mod done you'll ne

Got mine today. Will be working on a review on the next days. It's pretty impressive! :P