Looks nice. Squarely aimed at the RED and Arri crowd. I still think they would be better doing a Super 35mm AF100 replacement with that VariCam S35 sensor. 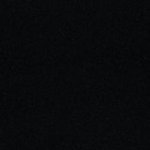 IMHO, most films are shot on ARRI (because people were making movies with ARRI cameras from a long time) or RED (because they "invented" RAW for video + high resolution and high fps). Panasonic is try

This camera seems super cool and lovely and stuff, but there is a MASSIVE gap in Panasonics camera lineup between the GH4 and the Varicam LT.  Where is their competitor to the likes of the C100,