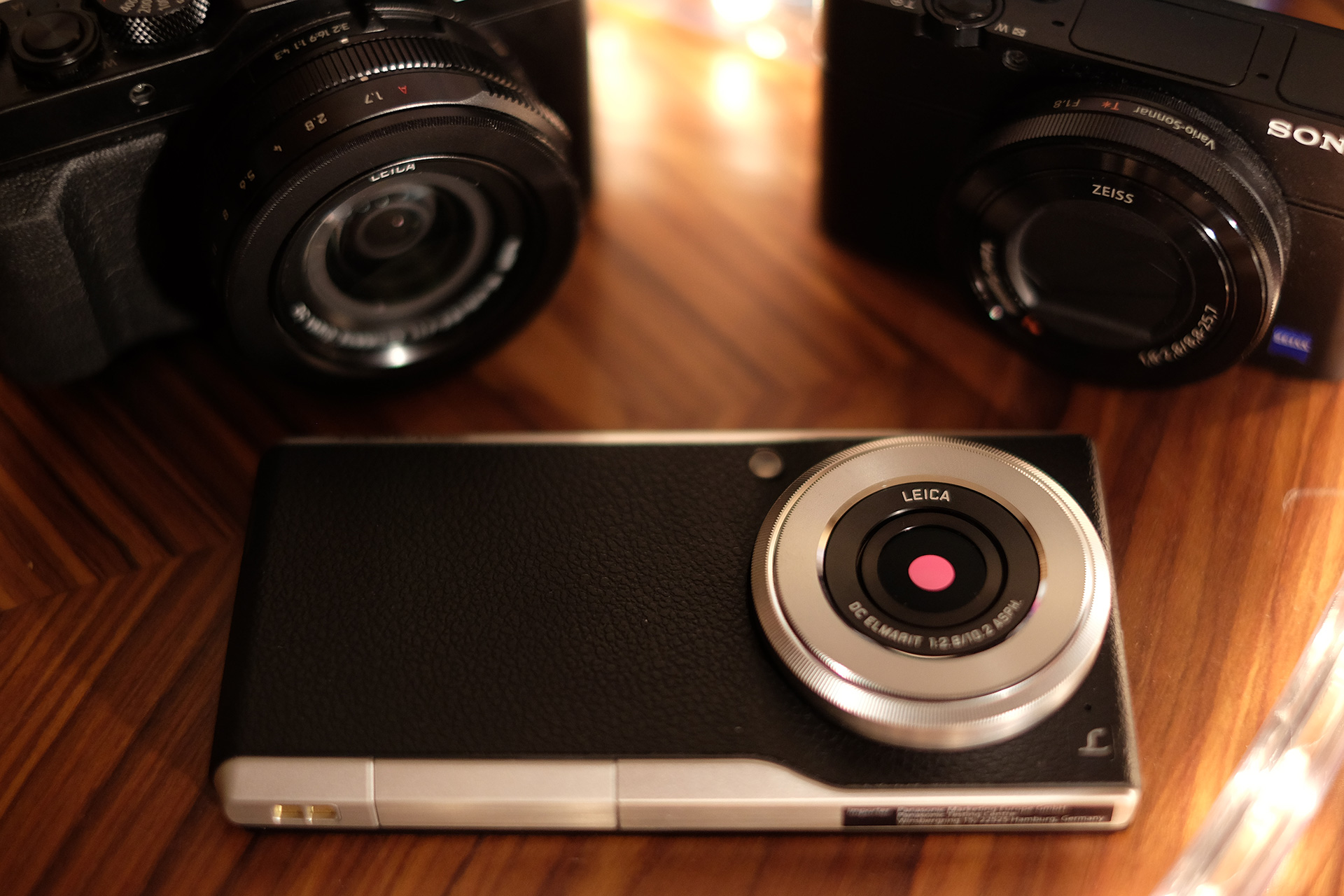 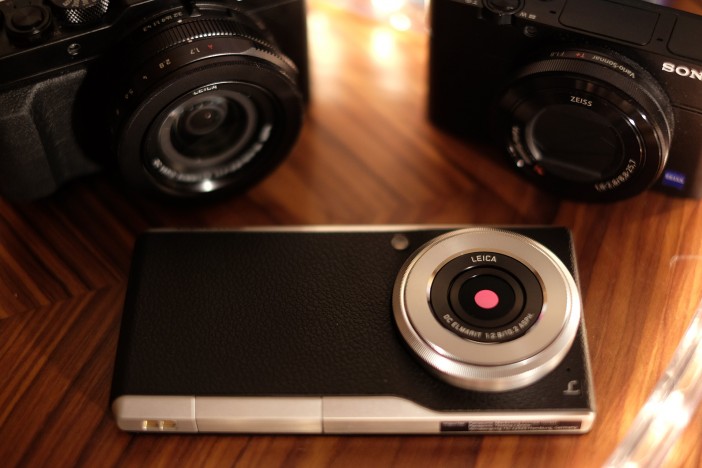 Although I found the CM1 mediocre as a 900 Euro smartphone compared to other high end smartphones like the OnePlus One and iPhone 6 Plus, I’ll approach the CM1 purely as a compact camera that you can make calls on. This review has the focus on image quality and camera features. How does it perform?

The main use of a phone camera for me is it’s about recording and documenting your life, so you have a timeline of shots that you can look back on in years to come and remember things you’d otherwise have forgotten. It’s also a great artistic tool because whenever that magic light happens or whenever a rare event unfolds in front of you, a phone is always there to capture it and your DSLR won’t be.

So how much of a bump in quality does the CM1 offer over existing high end smartphones? It has to be compared with the high end ones, because of the price. 899 is a lot for a phone, indeed a lot for a compact camera as well. Remember, this is no Panasonic LX100 or Fuji X100 in terms of camera quality but it is priced similarly.

The most obvious camera to compare the CM1 to is the Sony RX100 Mark III which uses a pretty much identical sensor.

I kind of like how unpretentious the CM1 is. I am not someone who uses tons of apps or features on my smartphone, I mainly use it as a camera which I message people on, make calls with and listen to Spotify via a good set of headphones. I love that concept of putting the camera ahead of Angry Birds, thinness and outright CPU specs. Hot footing it around a city during the day, the CM1 will produce superior results to your iPhone 6, OnePlus One or Samsung Galaxy S5 on a technical level, but sometimes I find the colour science and ‘feel’ of the iPhone 6 Plus to be more pleasing and less clinical. Once indoors or in twilight and evening conditions, the CM1 has a tendency to get things wrong…

Do you see the contradiction?

Following are crops from handheld shots… 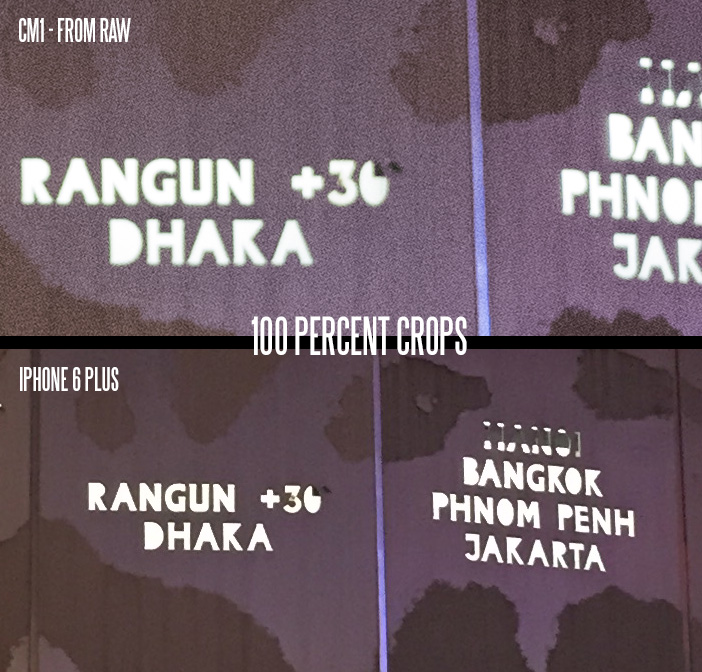 In the shot of the concert posters, the CM1 suffers from heavier noise reduction and some camera-shake at 1/30 blurring the edges of the poster text. So it looks softer than the iPhone at 8MP even though it has a 20Mp chip.

The iPhone on the other-hand used a crazy low shutter speed of 1/4 but then employed optical image stabilisation and a rapid-fire burst technique, from which it automatically selects the sharpest shot.

Because of the slow shutter speed, the iPhone didn’t need to boost the ISO to 3200 like the CM1 did at 1/30. The iPhone shot, astonishingly, was at ISO 160. That it is able to get a sharp handheld shot at 1/4 is a major advantage in low light over the CM1 which can barely get a sharp shot at 1/50, with 1/100 better advised. Taking shots quickly on a small & light smartphone gives you more camera shake than normal.

Heavy noise reduction in JPEGs and camera shake is evident in almost all of my CM1 shots taken at night but not in my iPhone shots. Whilst downsampling for Facebook hides the flaws to some degree, the gap between the iPhone 6 Plus and CM1 is now significantly narrower than the difference in sensor size would suggest… 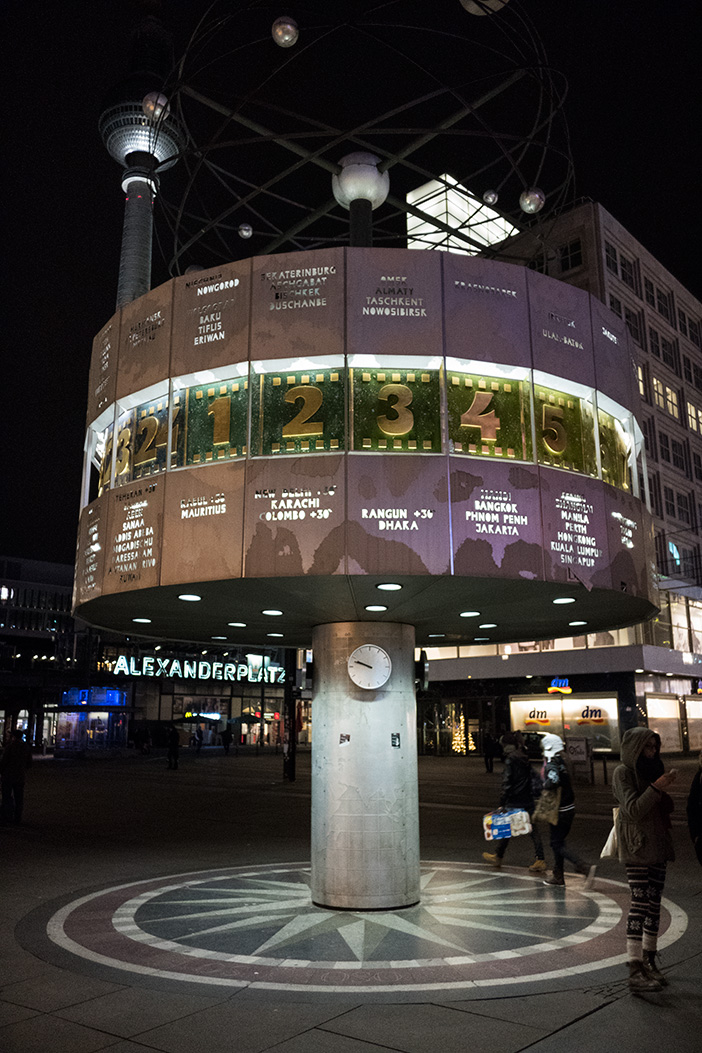 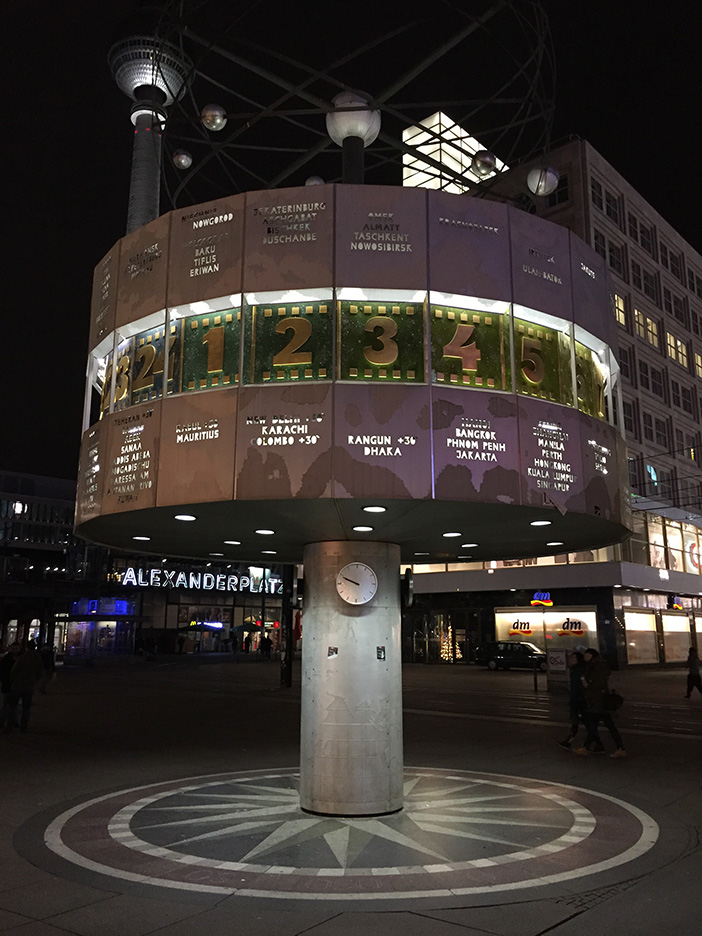 Can you tell them apart?

It’s a shame that such a clear resolution advantage in good light over other flagship smartphones is squandered when the sun goes down by a lack of intelligent software design and stabilisation.

Only for moving subjects in dim light does the CM1 have a real advantage, but we’re still talking 1/100 to get that advantage and therefore very high ISOs on 2.4 micron pixels – the results therefore are a lot nosier than the best high end compacts like the LX100 with 3.8 micron pixels.

How significant are the CM1’s advantages when we see them?

Undoubtably the CM1 has some advantages over other high end smartphone cameras, but how significant these are depend on the type of shot.

At very close focus distances, bokeh is much more pleasing and pronounced than on other high end smartphones. Here’s an example… 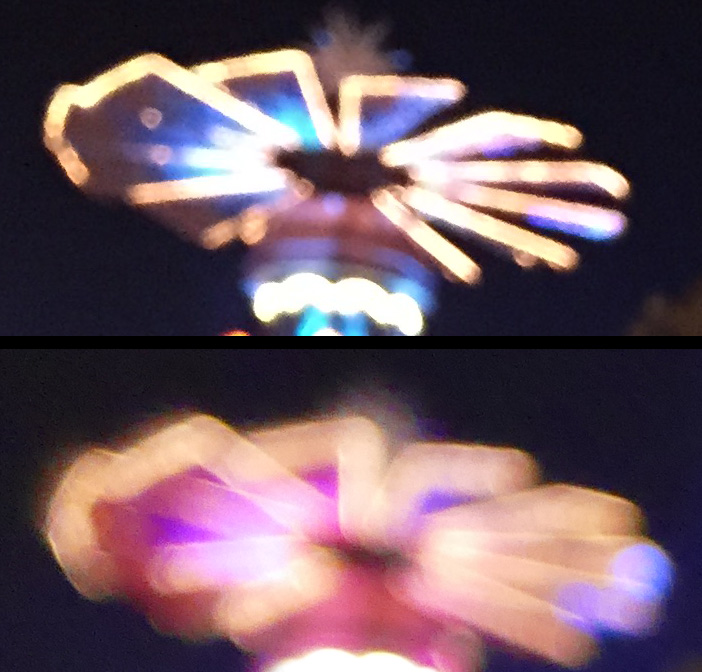 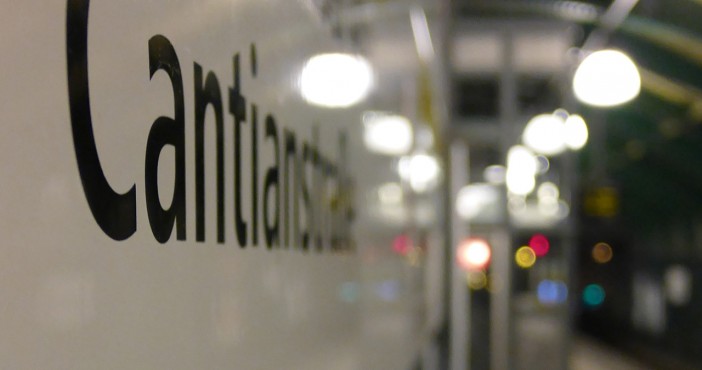 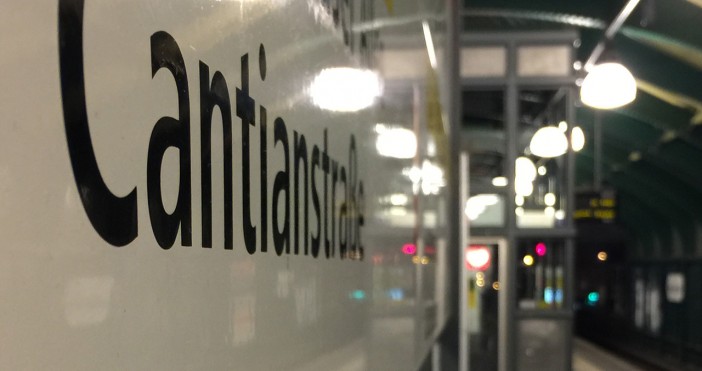 Easy to tell which is which in those shots! However this only works when you’re focussing very closely and the background is far away. The rest of the time you won’t really notice.

The other advantage is that the CM1 has better latitude for highlight retention. Where the iPhone would blow out a highlight, the CM1 will keep it and it doesn’t need to resort to software trickery to increase dynamic range in good light. You can shoot raw of course which helps further. 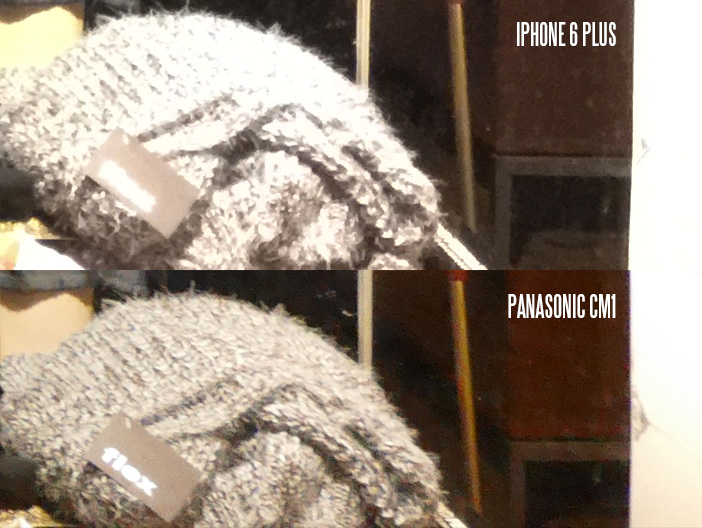 At low ISOs the 20MP images do give a nice ability to zoom digitally without too much loss of quality. Here’s how much more resolution you have to play with than the 8MP iSight camera on the 6 Plus…

How significant these advantages are on a smartphone, I will leave for you to decide. 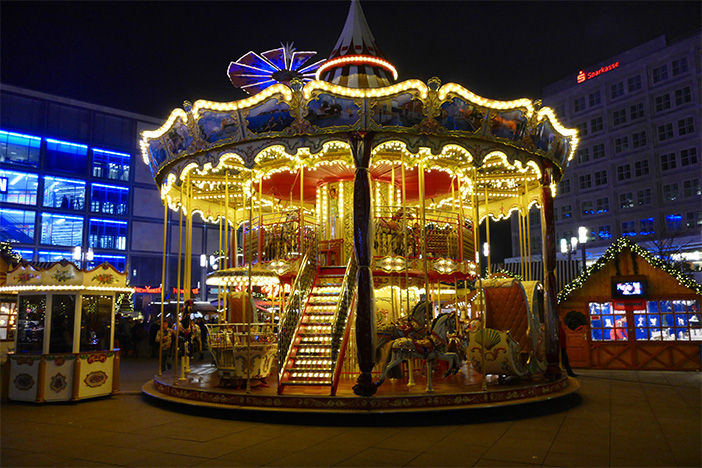 Although apps do exist to give the iPhone uncompressed TIFF and manual exposure controls, they’re not as good as the CM1’s default camera app, which is the best part of the product really.

Whether you need the CM1’s full suite of manual control for handheld snapshots depends on how fast you need to take the shot. Without any real physical control of the settings you’re reliant on the touch screen menus to change things like aperture and shutter speed. It’s not a bad touch screen interface but it’s much slower to shoot manual with the CM1 than it is to shoot manual on the LX100 with dials and buttons. The click wheel around the lens is the only real physical control but it’s stiff, slow and of very limited usability. I often find it quicker just to use the touch screen to adjust stuff like ISO or aperture.

The 1080p and 4K video side of the camera of course has manual control too. How image quality compares to the iPhone 6 Plus in terms of video I’ll look at in a later article. 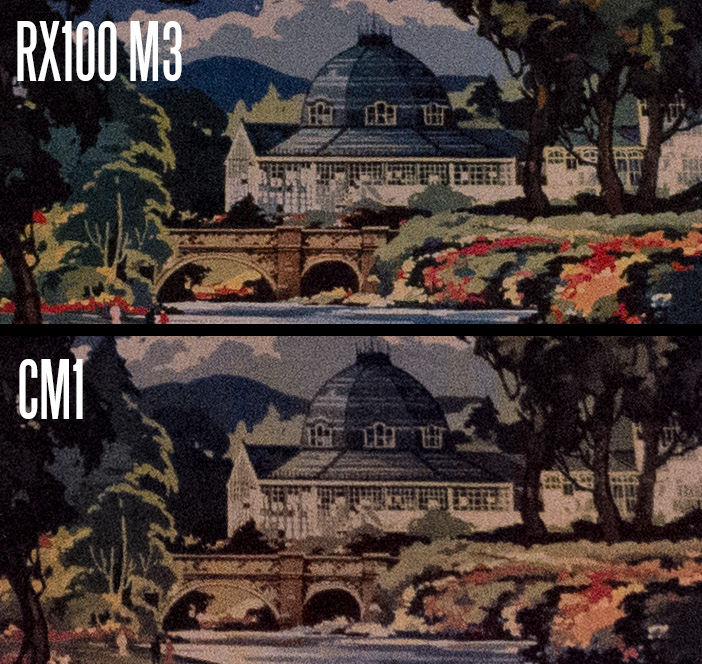 After shooting with the CM1 in low light, it really is surprising how the slow shutter speeds and stabilisation catapult the iPhone 6 Plus into contention. The faster lens and much lower megapixel count also help. Whilst the CM1 is somewhat of a disappointment for dim light shooting it does hold its own during the day but even here there are issues – poor auto-white balance and clinical colour science. It either overcooks the reds and oranges, or goes too far the other way giving a yellow cast.

For me the CM1’s photo capabilities just aren’t good enough to make me switch platforms in the mobile world – a dramatic step when you have been happy with one side or the other for 6 years. Panasonic’s biggest challenge is that users very reluctantly swap phones, let alone from Android to iOS or iOS to Android. I’d rather use the excellent Panasonic LX100 in a spare pocket. Granted it isn’t the all-in-one camera / phone I really wanted and prayed the CM1 would succeed in giving me…but it’s far more fun to shoot with and the results are much nicer.

Panasonic are in a tricky strategic situation with this kind of device. It has to be high end and it is. But being high end, it has to compete against the best smartphones in the world as a smartphone and the best compacts in the world as a camera. It is neither. Too many compromise to get them in the same body it seems.