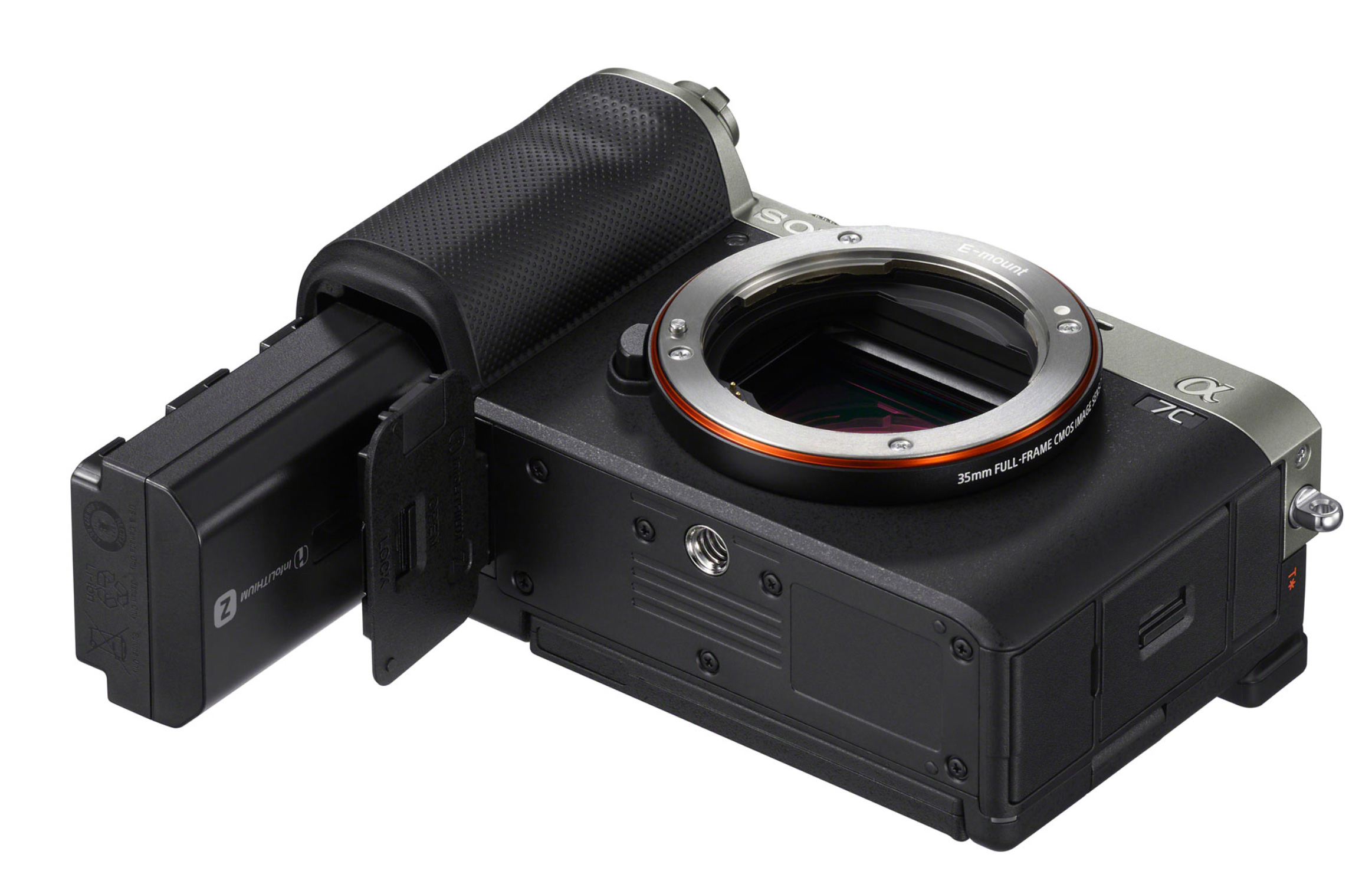 When the Sony A7 III was released it allegedly damaged the appeal of more expensive $3000 mirrorless cameras, not least of all Sony’s own. In my opinion the electronics giant is now doing the same to affordable APS-C rangefinder-style mirrorless cameras, effectively ending their own APS-C line as well – an even more destructive move than last time.

I am minded of the Nikkei Asian Review in July. “Smartphones are not the only reason [for the camera industry’s decline]… Japanese industry, which has a penchant for competing against its own products, can also blame itself.”

The article goes on to quote Hiroshi Hamada (ex-CEO of Hoya / Pentax): “Digital camera companies intend to strangle their rivals through excessive competition, but in the end they’ll strangle themselves”

As a customer I am all for competition if it makes for more choice and better products. Nikkei doesn’t seem to be particularly appreciative of camera companies. Indeed there are some great successes to be found from the last 10 years. Sigma’s factory is at full capacity. ART lenses are a huge sales success. Fuji has seen much higher demand than expected with the GFX 100, even at $10k. Highly capable and innovative professional video/photography tools continue to be made and continue to sell. Panasonic’s GH series heralded a whole new era of cinematic mirrorless cameras. However with so many camera companies competing in the same “pro-hobby class” market (as Nikkei says) I think Hamada-san’s comments might end up being prophetic.

By putting a full frame sensor in an A6600 body (albeit with a worse grip) lacking any imagination or innovative new features, Sony has at a stroke ended their premium APS-C line and cannibalised Sony A7 III sales. Presumably they know this – Sony sees more margin in full frame lenses and didn’t want to continue making high quality APS-C lenses especially when Sigma offer much more compelling alternatives.

However the camera also hurts Fuji, Panasonic and others with the blitz of PR orchestrated internet hype and full frame sensor appeal diverting attention from much more deserving camera ranges such as Fuji X and Micro Four Thirds. Take this headline from today on a long standing review site (Imaging Resource): 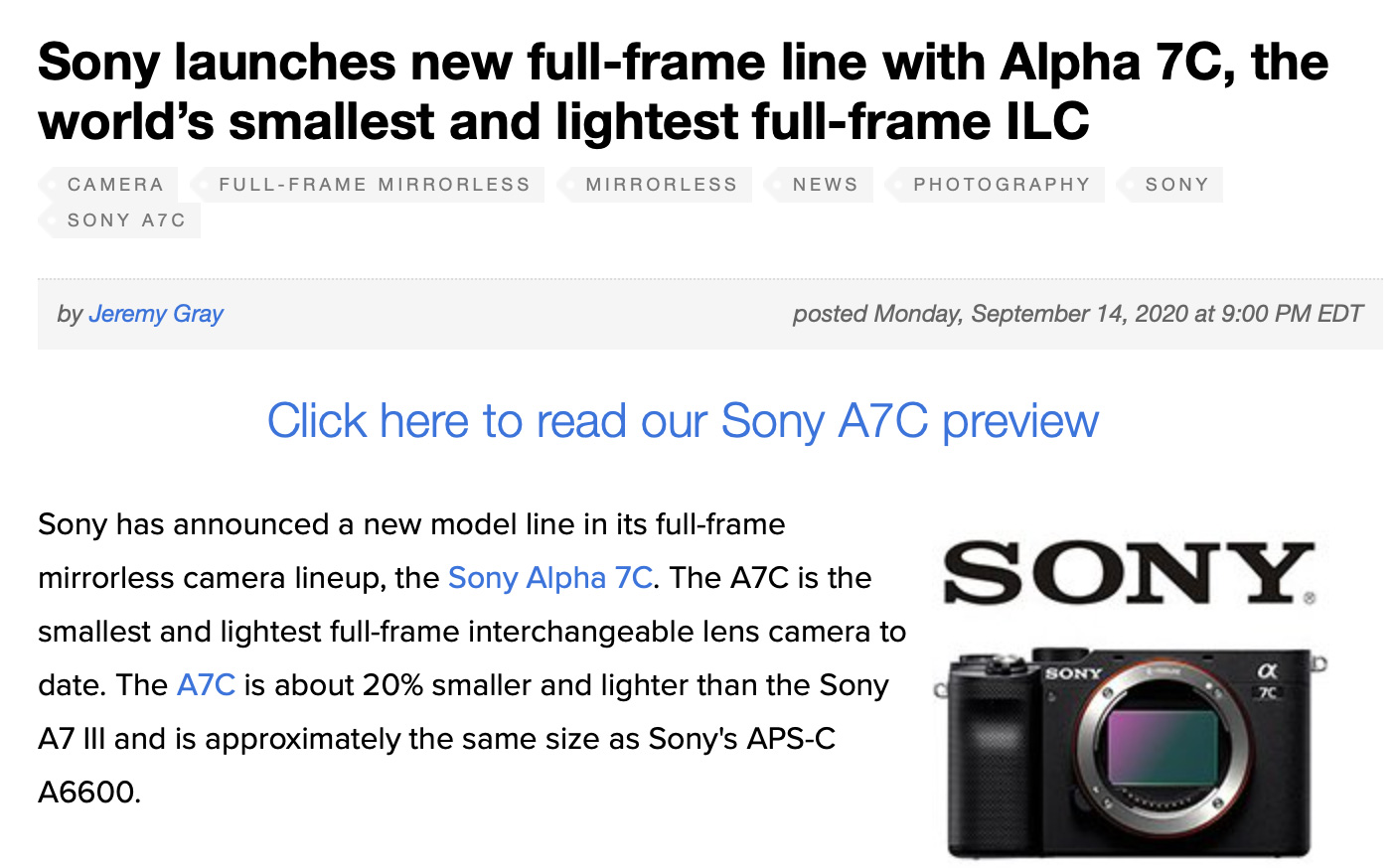 Of course this is a complete fabrication.

The Sigma Fp is lighter, with a significantly smaller body and higher spec video.

We have a camera press completely under the spell of the manufacturers in a little club. Camera news is the third marketing department after outsourced PR teams and in-house marketing teams. Their over-reliance on being first. Unable to strike out with their own personalities or opinions, and mostly staffed in my opinion by people with insipid personalities and conformist opinions to begin with! Being first means maintaining PR relations for a drip feed of early camera review units, so is it any wonder so many bland pleasantries are exchanged over such mediocre products?

The way cameras are marketed and the problems of the internet hype machine is a big obstacle to more innovative products.

But the other obstacle could be fatal to the entire industry – the fixed costs crisis heading to the camera industry.

With fewer and fewer unit sales, the profit margin has to increase on each camera and that means higher prices, for arguably less quality. Otherwise enormous organisational costs, R&D and manufacturing costs can no longer be covered.

This is the main reason camera makers have shifted to focus on people like us – enthusiasts and filmmakers, willing to pay more for important creative tools.

Like most cameras in the region of $2000, the A7C is aimed at enthusiasts interested in high spec video, full frame image quality, IBIS, an EVF and perhaps a bit of YouTube content creation (mic jack, flip screen, USB C). So a bit like almost all cameras then?

This market is completely flooded with options. To name but a few – the Nikon Z6, Fuji X-T3, X-T4, Panasonic S5, Panasonic S1, Sony A7 III, Canon EOS RP, R, etc. But if you look at the price some of these cameras are going for used, it tells the real story of how demand is fairing. Prices start closer to $2000 but end up closer to $1000. That you can pick up a camera as performant as the Nikon Z6 for near to $1200 is really quite nuts.

“It looks just like the personal computer industry,” Hiroshi Hamada said of the digital camera sector. “A lot of manufacturers competing excessively.”

“Japan cornered the camera market by driving out the Germans,” a European camera dealer asked Hamada when he was at Hoya. “Why are Japanese makers now competing among themselves to cut prices?”

At the time, more manufacturers flooded into the market, resulting in annual price drops of 10% or more. Also, the product cycle shortened and models became obsolete at an ever faster pace. This kind of excessive competition is great for consumers, giving them a wider variety and lower prices. But it also reduces manufacturers’ investment capacity. 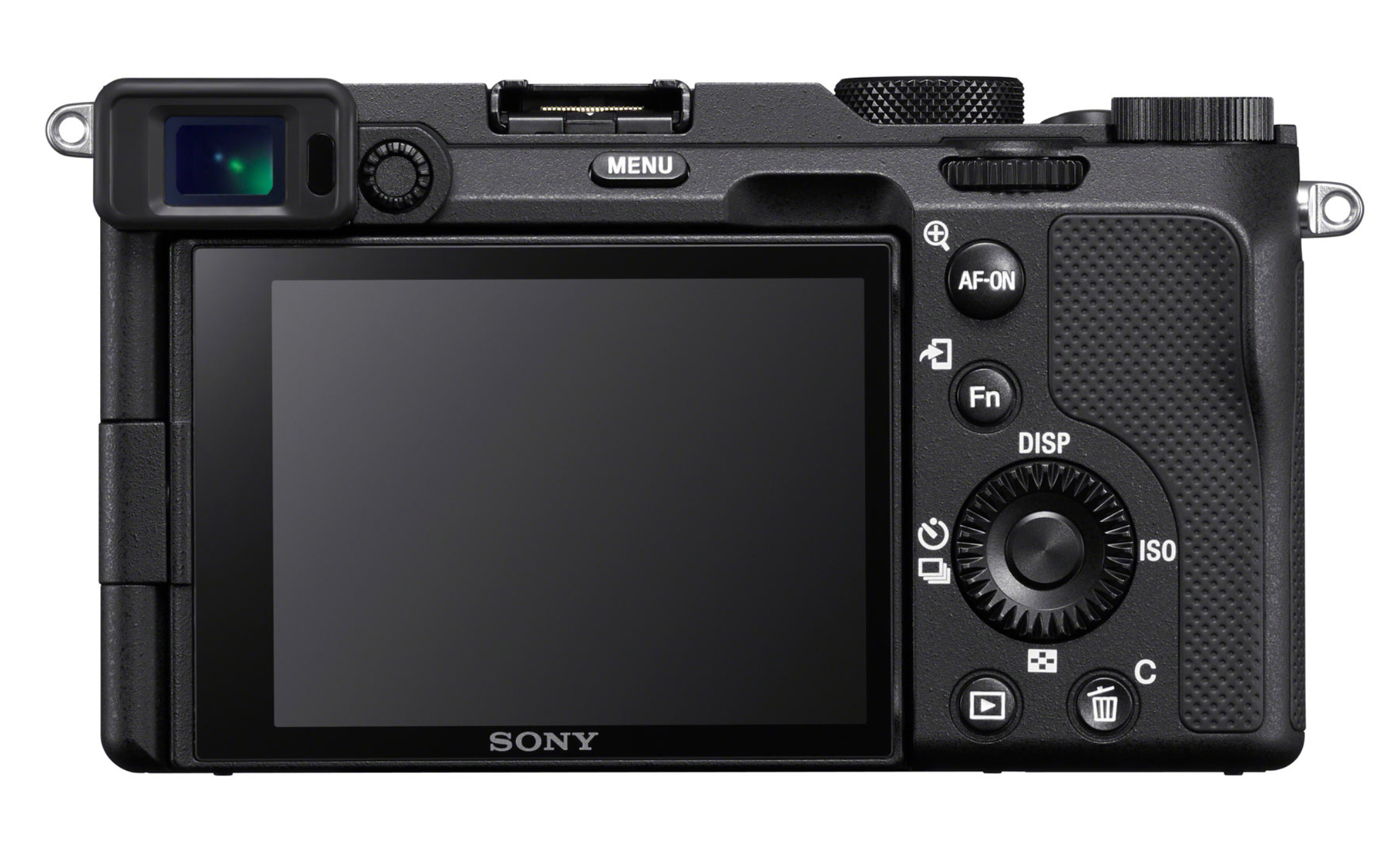 A major crisis is on the way.

I think if you look at products like the Sony A7C, this lack of investment really shows.

Same body design, with no new imagination or ideas.

An excuse not to bother making high-end APS-C lenses or bodies any more.

An exercise in cost cutting and margins.

A way to step Sony APS-C users up to the more expensive full frame lenses.

Here’s what I think is going to happen to the industry if the story exemplified by the Sony A7C reaches its logical conclusion:

Canon and Sony will strangle the innovation at other Japanese companies and become almost a duopoly with repetitive yearly product evolutionary updates. With little reason to innovate or to take risks, or to differentiate their products from other manufacturers, the Sony/Canon cameras are going to become an incredible borefest. They will compete with each other driving down prices until there is a fixed costs crisis and no profit (you could say this has happened already).

At the very high-end, Leica will be ok and Fuji will continue to see demand for GFX cameras and from a loyal (but smaller) X-series user base.

The industry must pause, and take a deep look at where it is going.

And my message to enthusiasts?

Please reward the manufacturers who are trying to be different and their attempt to diversify market demand for cameras and lenses. The Sigma Fp. Panasonic S1, S5. Leica SL, SL2, CL. Fuji X-Pro 3, X-T4. These are the “thinking man’s” camera models that deserve your attention. Sony is engaged with Canon in a destructive dick-swinging competition. Nikon is asleep. Olympus is thrown completely up in the air (although may diversify into high-end video which could go well if JIP invests enough in it), and Pentax just isn’t an option for serious cine enthusiasts.