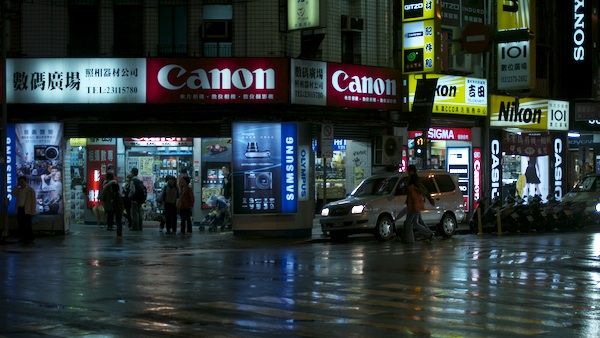 Two of the ‘must-have’ bargain lenses for the Canon 5D Mark II and Panasonic GH1 are in the 35mm range. The GH1 needs a good fast portrait lens around the 35mm mark because the Lumix pancake is a bit too wide at 20mm, and a 50 is too much like a telephoto. 35mm is the perfect compromise and gives you shallower depth of field than the pancake for half the price. Remember 35 on the GH1 = 70 on the 5D Mark II in terms of your framing and field of view.

In the blue corner we have the Zeiss Flektogon 35mm F2.4 which is a renowned lens of the older Jena era of Zeiss, before the communists made life difficult for them, causing supply problems. These lenses are very old but what they may lack in modern technology they make up for in sheer engineering precision and it works on the full frame 5D Mark II (properly) unlike FD lenses.

In the red corner we have the Canon FD 35m F2 SSC (concave front element) which is a rarer lens and contains a thorium coated rear element, making geiger counters click at a distance of 2 metres. If this sounds like the type of innovate lens you’d like to carry around with your until your skin peels off, then read on…

Ever since April 2009 when the first GH1’s rolled off the factory conveyer belt and the 5D Mark II was beginning to take flight, I’ve been out to discover all kinds of old lens gems. Although this glass has been around for many decades, it’s the first time they’ve been used on digital cameras so we’re venturing into unknown territory. As we’ve already seen with the c-mounts and Iscroamas of the lens world, how they perform has a massive influence on their resale value.

True to form, the character of the Flektogon really does conform to the German stereotype of precise, scientific and rather cold. Germans are incidentally not cold at all, they’re some of the nicest people in the EU but their Zeiss lenses are cold. Their colour is extremely cool. The Flektogon especially so compared to my other Zeiss lenses like the 85MM F1.4 T*

I suggest saving the sample images and flicking between them, rather than comparing side by side. The difference is easier to gauge in a slide show. 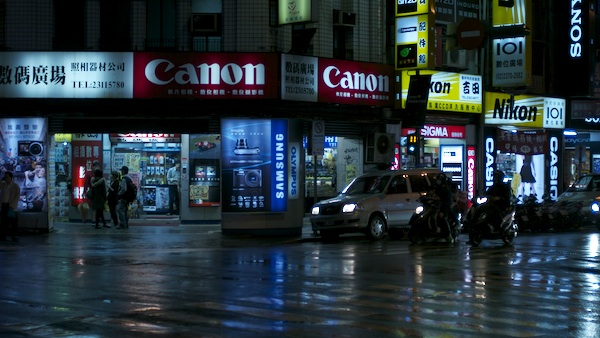 (Canon sample is top of the page)

The Japanese must like to think of photographs and memories as being rose-tinted, because their glass (FD especially) is some of the warmest you can get. It’s a style I quite like, but add it together with the white balance on Canon’s digital cameras and its a little too much!!

Also, the radioactive 35mm F2 FD SSC has a habit of yellowing over time as the radioactive material decay. How do I know mine isn’t suffering from the yellow haze? Well, the tone of white is spot on, so I don’t think it’s contributing to the lenses overall warmness. Apparently this can be cleared by leaving the lens under strong UV sun light for days on end. But even so, the 35 is a warm lens, just like other FD lenses – that’s just the way they’re designed.

But compared to the usual FD lens, something special is going on with the 35’s colour and contrast. Indeed, it really is extraordinary. What really proves this is that Zeiss produce lenses with some of the best colour and contrast you can get behind Leica. I didn’t expect the Zeiss to be beaten here, and I hadn’t even planned to get the FD to compare, but there it is. 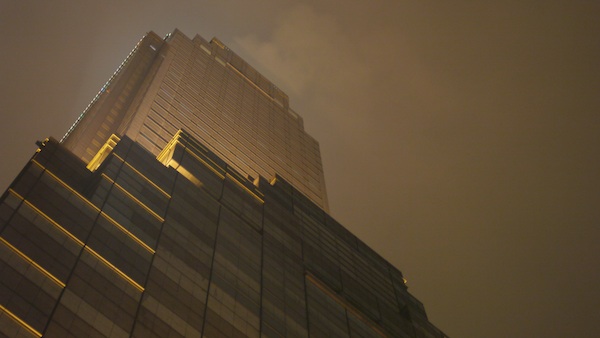 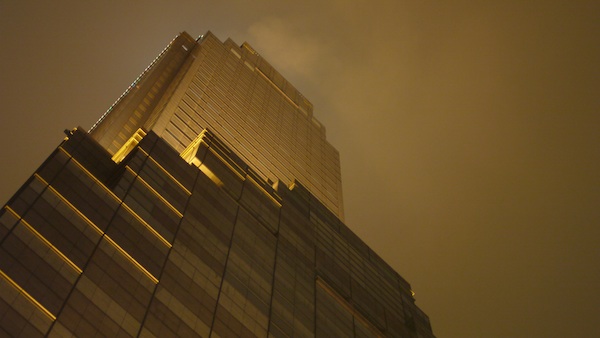 Zeiss (notice how much cooler the white is): 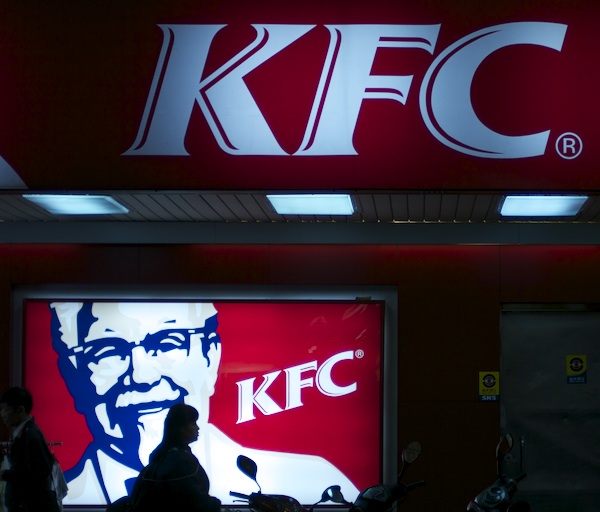 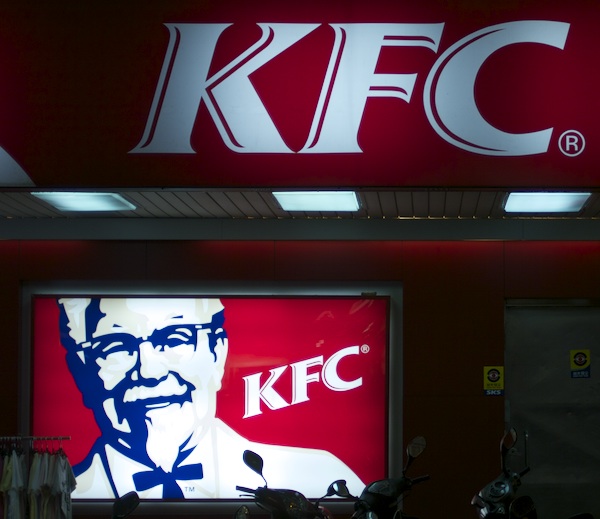 As you can see, it’s a big difference. To achieve the same result with my Zeiss I have to put the ‘warmth’ slider almost all the way over to the right in Apple Preview when viewing the RAW image. Since the GH1 has a tendency for warm colours to look greenish, warm glass is a blessing. Yellows and oranges look far more convincing on the GH1 with the Canon FD than they do with the Zeiss. Usually I need to warm the RAW Zeiss photo afterwards but with video this isn’t possible, so you have to adjust the colour in-camera. Since this is baked in, if you end up wanting the choice between a cooler look or deep yellows and a nice velvet sunset, you have less room to manoeuvre. With the FD lens, the GH1’s yellows are as they should be in the first place. 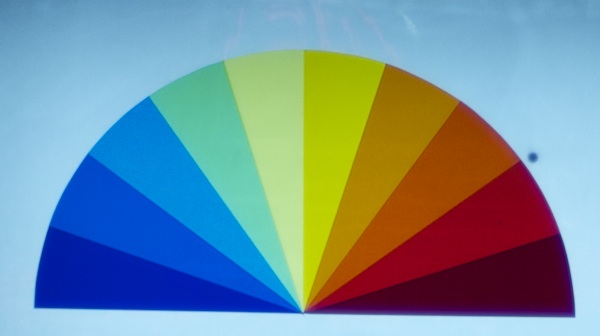 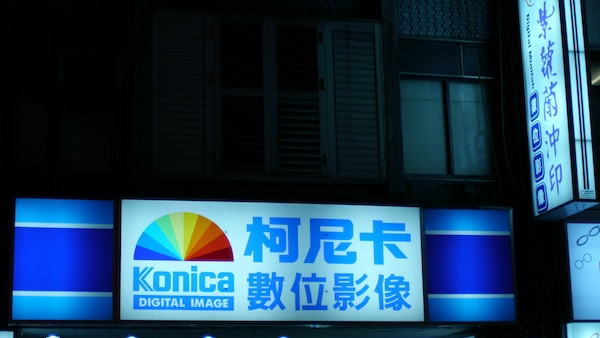 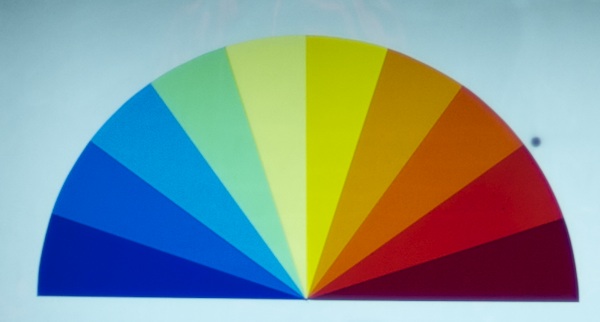 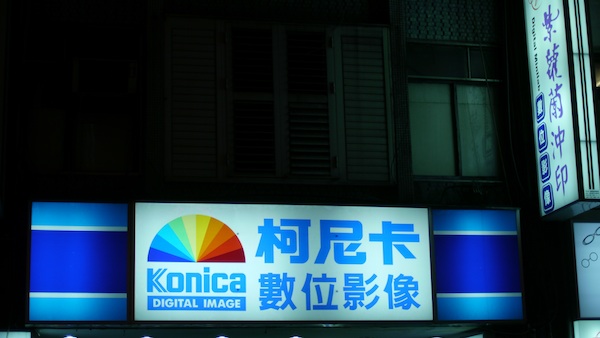 They’re both great lenses though. An added bonus is the outstanding macro performance, especially of the Zeiss. And since FD lenses need corrective glass to work with an EOS mount camera, the Zeiss is really the only option if you have a 5D Mark II.

The Flektogon is a real macro lens. Numbers are meaningless, just look at the photos below! 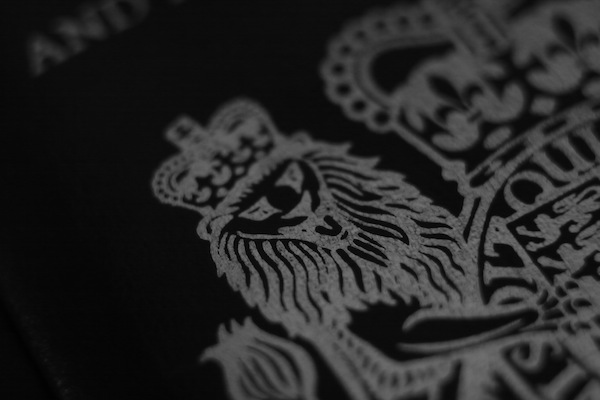 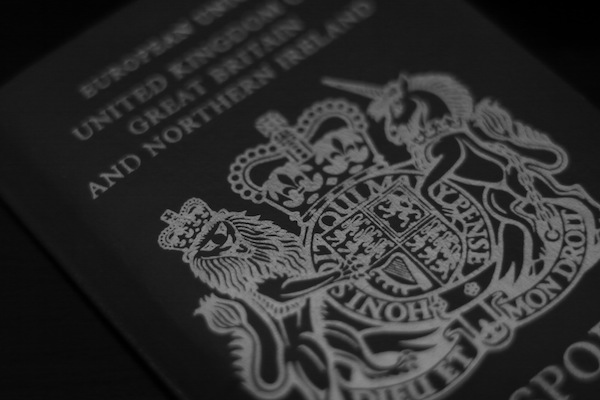 Although depth of field wide open is razor thin at macro level, it’s great for eye close ups. I love eye close ups. The other great thing about having a short minimal focus is that you can throw the background out to a crazy degree, even on a Micro 4/3rds camera at 35mm F2. 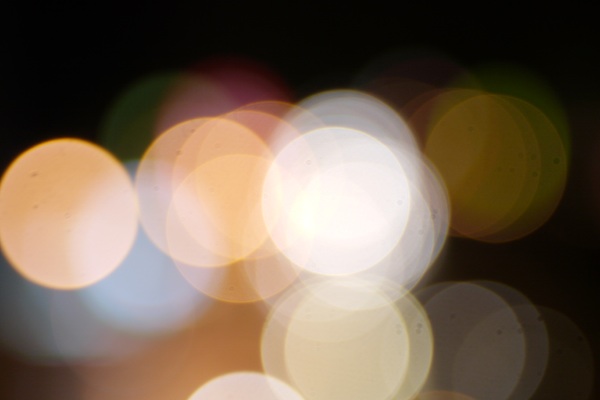 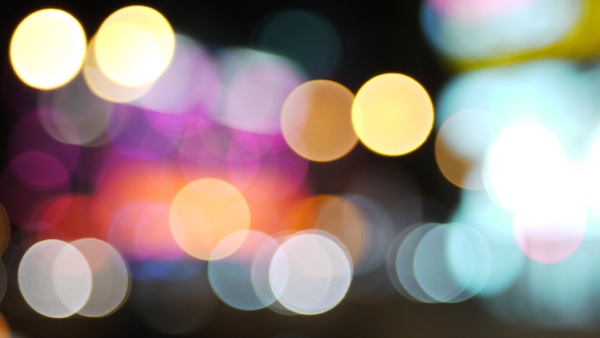 In terms of sharpness and detail, the lenses are about equal. The major difference in these lenses are colour and macro performance. Even wide open at F2, the FD is sharp and that’s quite an achievement. The Flektogon slightly has an edge wide open at F2.4 in sharpness, but then that is a smaller aperture. However in terms of brightness, you wouldn’t know it was F2.4 – it behaves more like an F2.

Mechanically the Canon wins in terms of handling comfort but the Zeiss is lighter and the focus ring is more precise. It really is a lovely focus ring for video. Whilst the Canon is quite an ugly looking lens in many ways, it is solidly built. The aperture ring is slightly nicer than the Zeiss. It’s a bit stiffer, whilst the Zeiss can slip a little by accident some times. 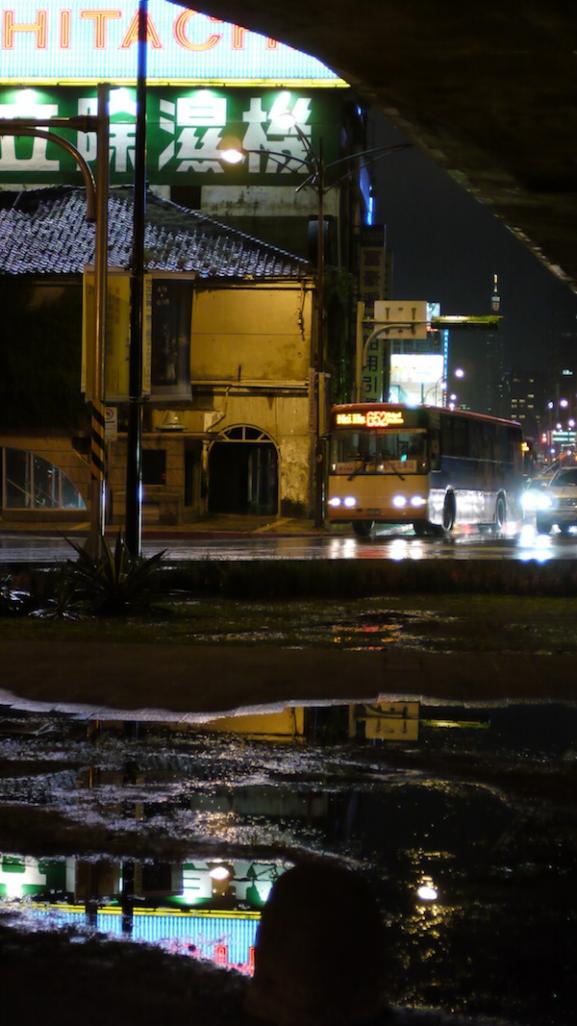 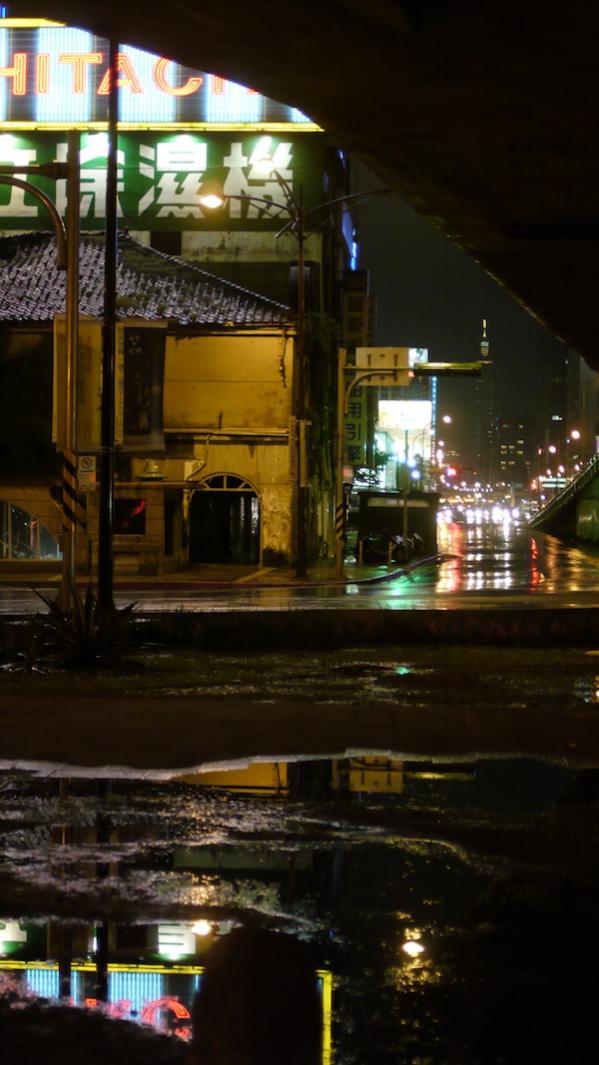