With the new Magic Lantern experimental build for the 5D Mark III, we have an amazing 4K and 3.5K 10bit lossless raw mode with Super 35mm continuous recording. 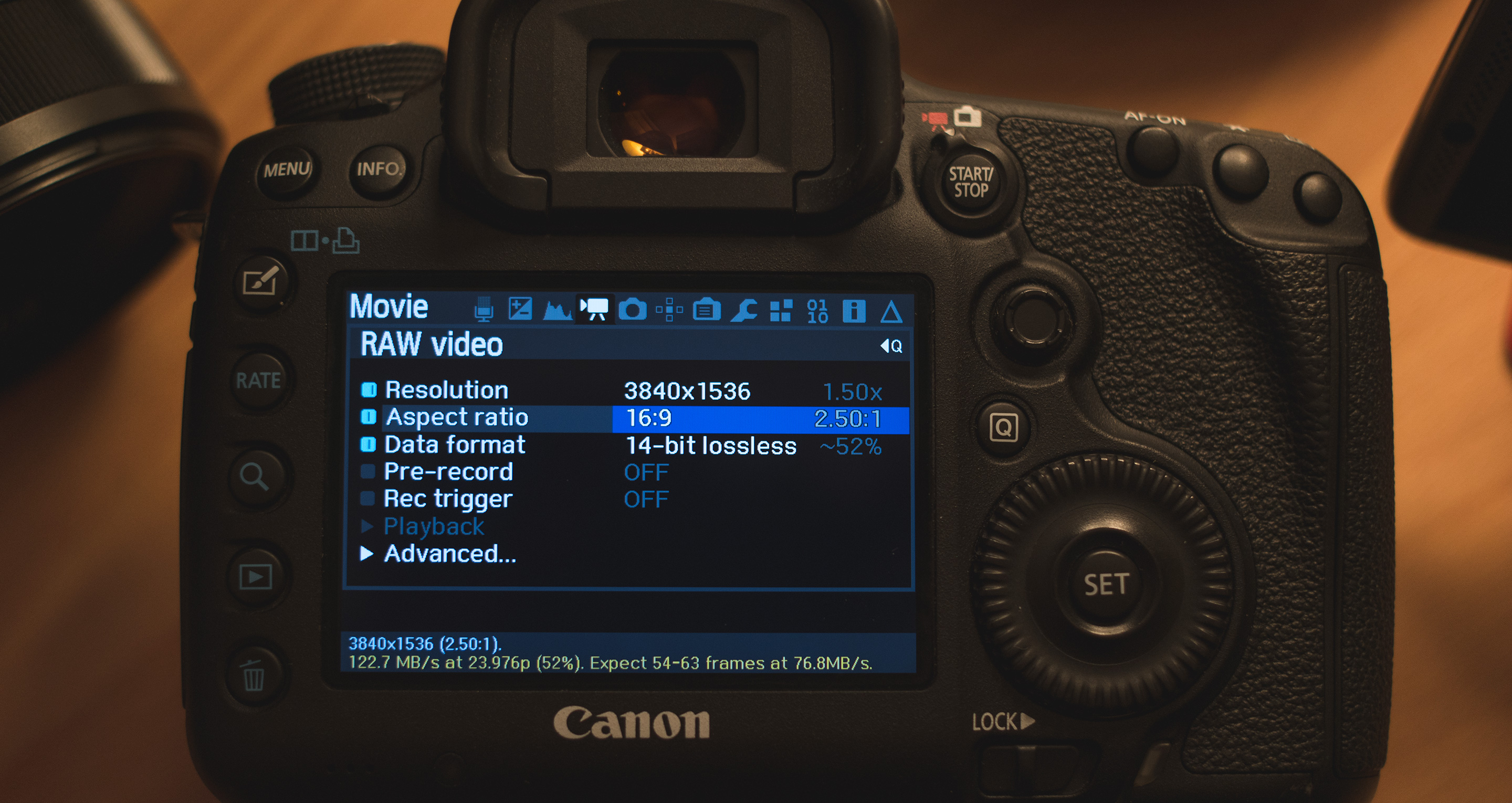 Did you know that the Mayans invented the wheel, but only used it for a child’s toy and didn’t really see the point?

Then the Sumerian civilisation came along and finally put it to good use! Well it turns out Canon have had sensors in their DSLRs since 2012 which have been capable of 4K video… but they just kinda sat on it.

Why did they ignore this technology and refuse to activate it?

Look at the RAW video menu above, just look at it.

It is with the new 3.5K mode that things really start to get exciting

Alas it is with 3.5K not the 4K where the really illicit action is with the 5D Mark III.

This is a continuous recording mode with a workable low-res, low-fps preview of your scene for accurate framing.

More on that in a moment (I was so excited about it, I wrote a book about it).

The 4K is more a proof of concept, whereas the 3.5K mode is actually usable for all sorts of filming. 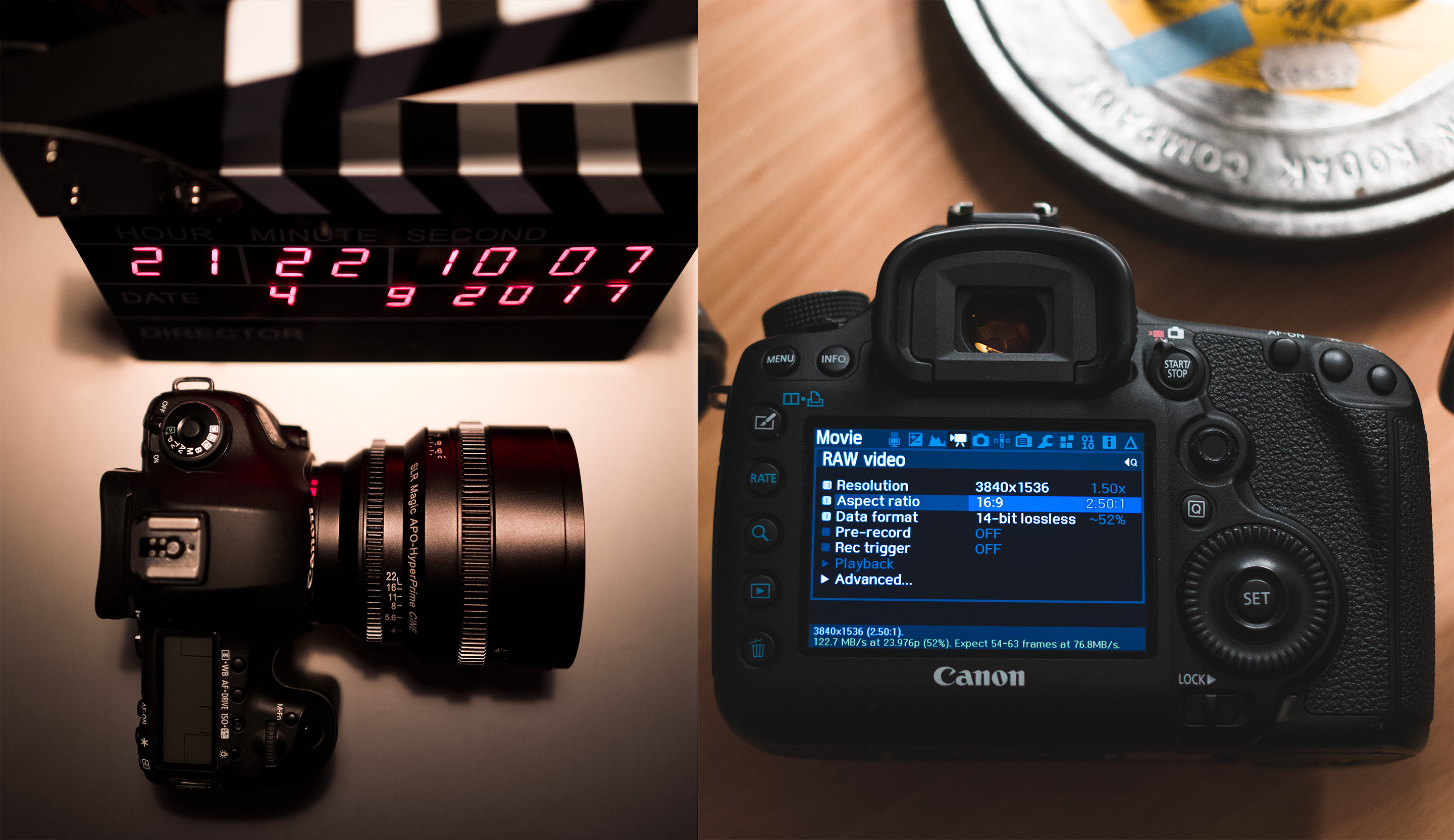 In 4K we have 3840 pixels horizontal, which is exactly a 1.5x crop (Super 35mm) of the full frame 22MP sensor. Magic Lantern doesn’t yet unlock the vertical resolution required for 16:9 but 3840 x 1536 is a beautiful cinematic result with 2.50:1 aspect ratio similar to cinemascope.

The 3840 x 1536 mode is part of a previously discovered sensor mode for 3K and 4K recording, but this mode didn’t work in 10bit or 12bit raw and the live view display looked like this: 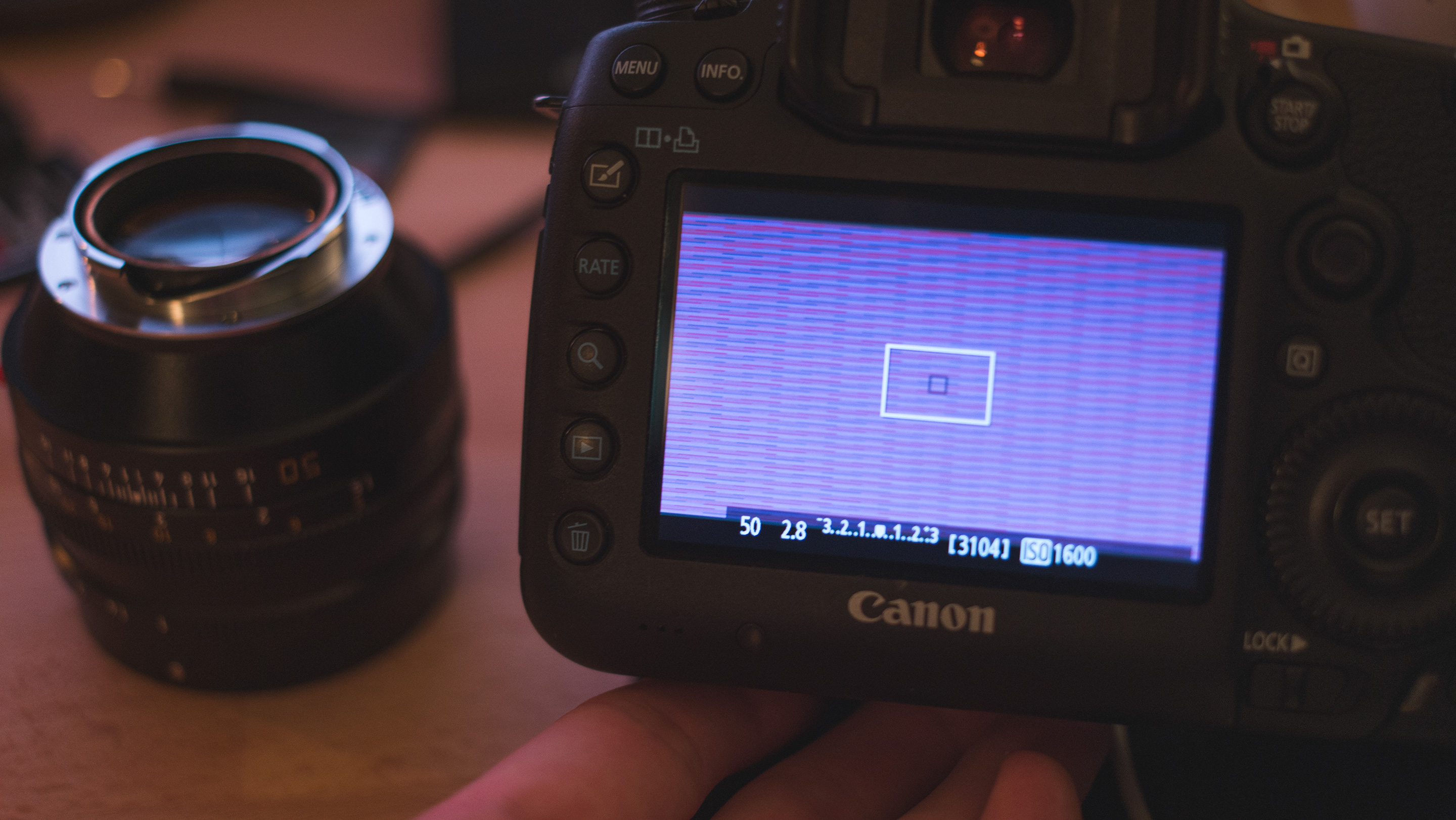 Then Magic Lantern discovered a 3.5K mode which DOES record with lossless raw compression, meaning the data rate becomes manageable enough for recording to Compact Flash cards for longer than a few seconds. What’s more, this 3.5K mode allows the use of lower bit-depths such as 10bit and 12bit rather than the full 14bit of the uncompressed raw modes. The final big advantage of this mode is you can get a working live-view image, although the quality and frame rate is a big drop from the standard Canon live-view.

In 10bit with lossless raw compression the write speed required is 90MB/s for 3.5K raw, bang on the limit for continuous recording to compact flash card at the mammoth resolution of:

The image is truly glorious to behold and is practically a Super 35mm 1.6x crop of the sensor. Perfect for APS-C lenses like the Sigma 18-35mm F1.8. Here’s a 3.5K frame capture from my shoot –

The various modes work as follows:

The lossless raw discovery is what makes these resolutions recordable, bringing the data rate under the limitations of the compact flash card slot. 10bit is just the icing on the cake. I find the image to be very nice indeed in 10bit, not a noticeable drop in quality from 14bit. 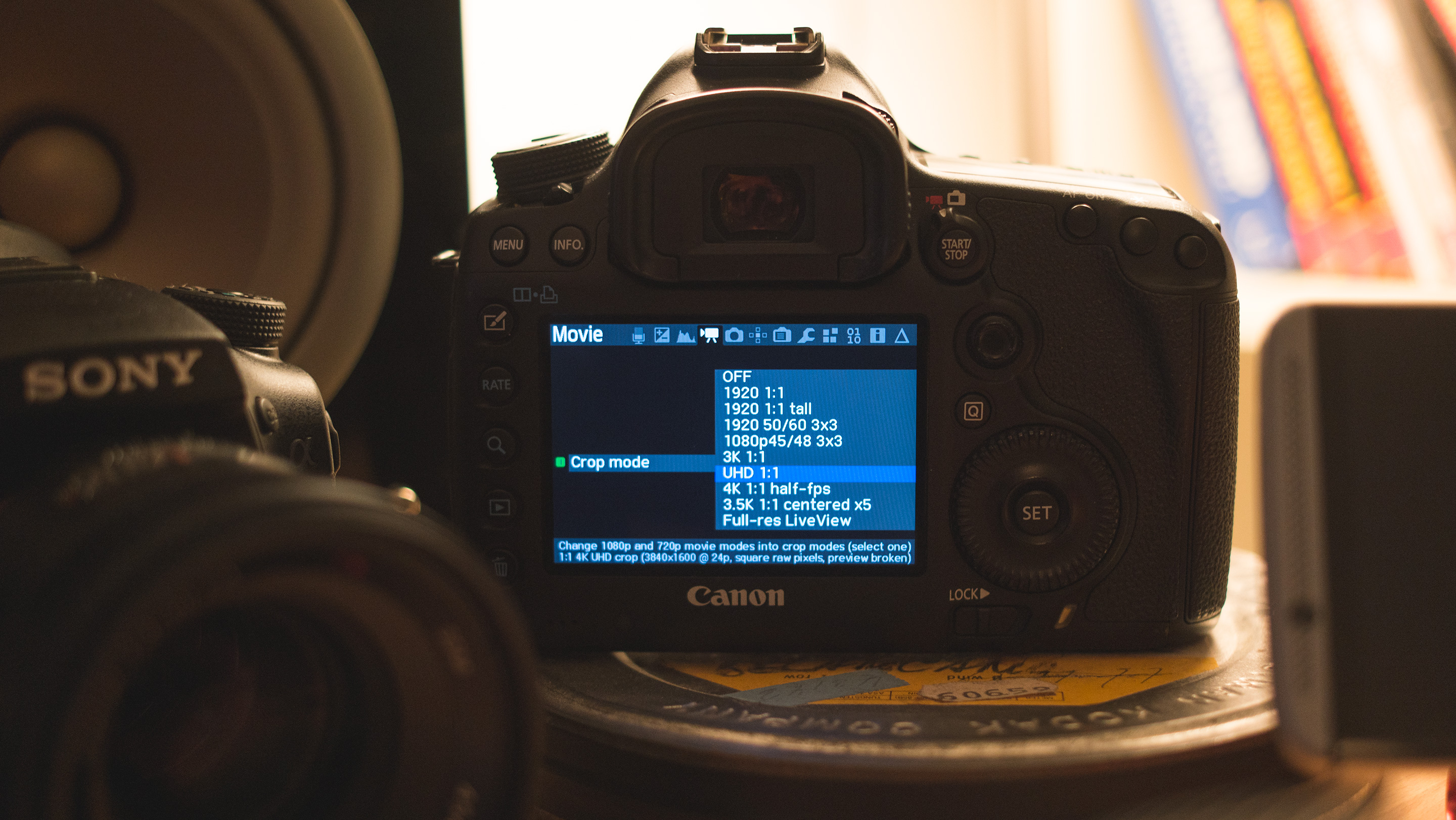 The 5D Mark III has a full frame 5.5K sensor of course so depending on the resolution you choose to record at, these modes involve various crop factors over full frame –

So I think 10bit 3.5K is definitely the sweet spot here (with a nice 48% raw compression); the crop is a little bit much in 14bit 3K and the data rate is too high in 4K for continuous recording. 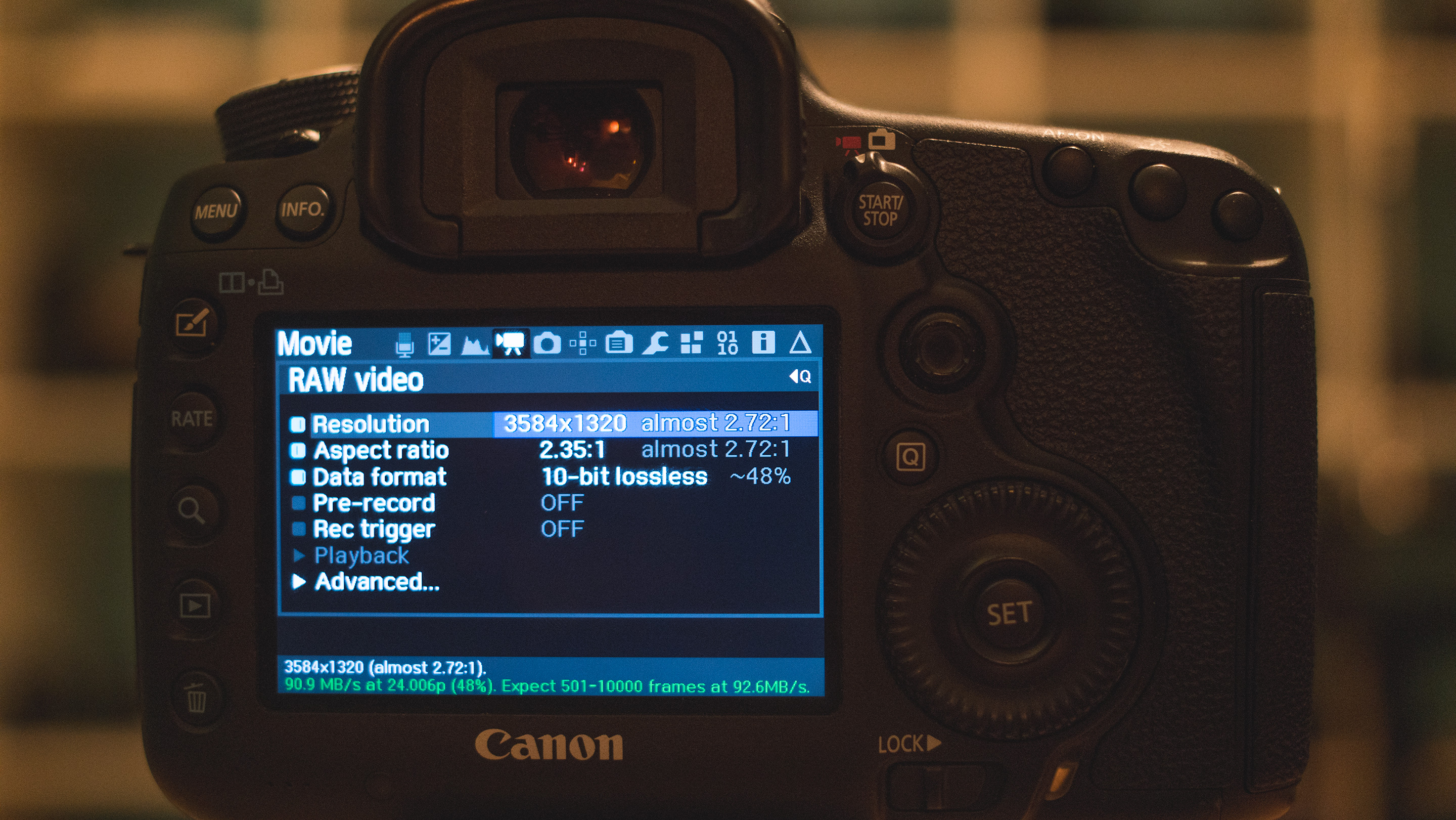 How practical is it?

My Shooter’s Guide goes into detail on this.

The 3.5K works creatively and is great for enthusiasts who want the ultimate image quality and raw for the cheapest price possible from a very advanced Canon sensor, in a small form factor.

These features are hacks, experiments and reverse engineered rather than officially enabled by the manufacturer. As a result, in the 3.5K mode with working colour live-view image, the refresh rate is slow and it reverts to monochrome when you hit record. Certainly better than nothing and it is a miracle this works at all. It’s all down to the incredible skill of the Magic Lantern dev team that we have this feature. I probably wouldn’t use it for paid work though.

It must be said the limited live-view picture does make a shoot more challenging… certain shots more tricky and does restrict you to mainly locked-down tripod shots. Lots of deliberate camera movement during the recording is going to leave you scratching your head as to true pace and timings of the action. Via HDMI you get a nice punched-in high resolution image which is ideal for focus checking, but composition remains on the back LCD.

The 1080p 60p raw has a nice fast high resolution live-view image though. Yes, it seems the 5D Mark III could do 1080/60p all along as well but Canon didn’t enable that either!!

With a 2x anamorphic lens the image upscales to 4480 pixels wide in post, from the 2240 wide one out of the camera. Even when upscaled this way, I think 4480 x 1680 is more than enough resolution for great looking 4K although it will be a bit softer horizontally than the 3.5K!

Did Canon leave out 4K for technical reasons?

The 3.5K and 4K modes of the 5D Mark III do produce a bit more heat and run the battery down a bit quicker than the standard 1080p modes. Your card will get hotter as well. My camera has not shut down yet from overheating in 3.5K and I take comfort from the fact the 1D C is of the same 2012 generation of hardware and neither does that have any overheating issues shooting 4K. Inside the camera, the sensor does this 3.5K readout whenever you use the focus magnification tool (with or without Magic Lantern), so that part of the hardware itself is running within spec. Your sensor is not going to explode. 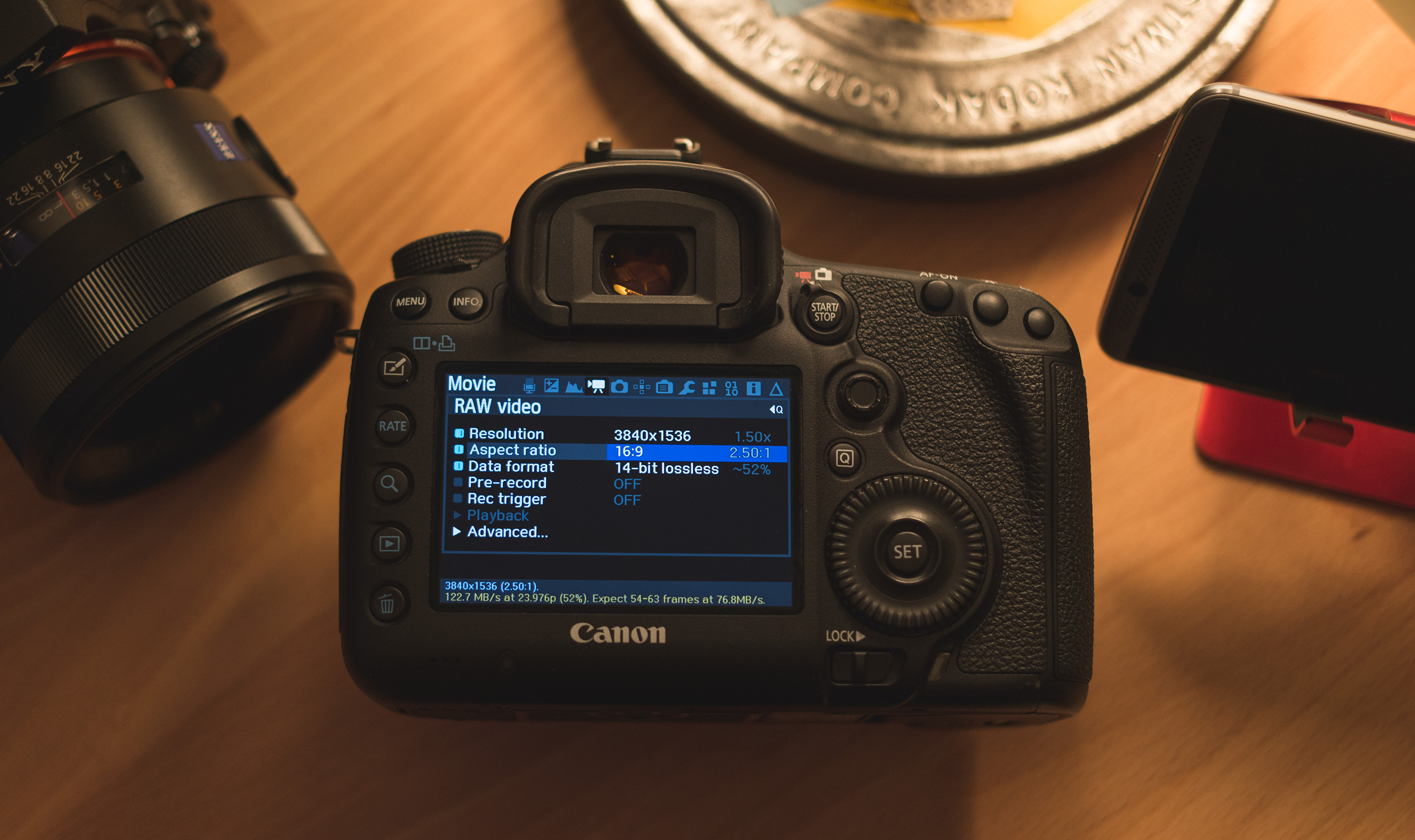 One possible technical reason Canon could have had for not including 4K is the rolling shutter is a bit worse than in 1080p, but not really much different to what my 1D C does in 4K. It’s very manageable and depends on how you shoot and what you’re shooting. It helps to use a wider lens and stabilisation. If Canon left 4K video out due to a bit of rolling shutter, they are wimps!! 🙂

What about cards? When the 5D Mark III was released in 2012 the new 1000x speed cards were only just coming into fruition. However if Canon had used MJPEG or H.264 to compress 4K we would have had a mini 1D C. It’s 14bit raw that’s the challenge for the cards, not 4K MJPEG.

What about battery life? With the sensor switched to a power hungry mode featuring a 4K pixel readout, it certainly does reduce battery life during use. The thing is, in stills mode and normal 1080p it doesn’t make a difference whether the camera features 4K or not. Here the camera would be set to standard live-view with a normal binned sensor readout. Furthermore shooting through the optical viewfinder would not even engage the sensor so there would be no impact in general use, only when shooting in 4K mode.

The image you get from this is simply outstanding. I am able to slide the exposure slider up and down in Resolve like George in Seinfeld uses his right hand. The shadows are just so clean, you see what looks like unrecoverable blackness and it seamlessly springs to life. The colours, as you’d expect from raw and a Canon sensor are just stunningly beautiful, like a raw still. Amazing dynamic range and detail. I found I was getting the best quality raw in Resolve of all the workflows, going to 10bit ProRes 4:2:2 in there is the best, then into the editing software (I explain my workflow techniques and recommended software in the guide).