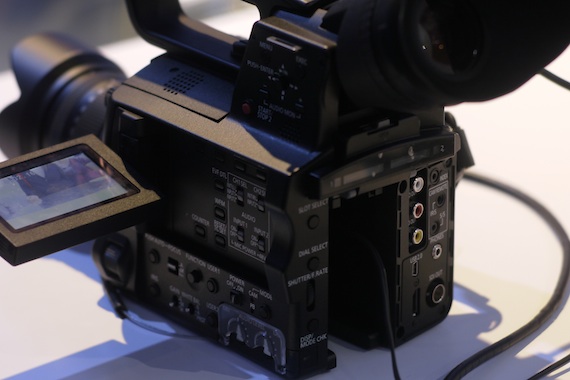 On the back of the official AF100 firmware update (available here at Panasonic), it appears unofficial high bit rates and 1080/60p are coming to the AF100 in the form of a Vitaliy Kiselev hack.

When asked of the hack was doable, Vitaliy replied “definitely”.

Panasonic have released an update for the AF100, which means Vitaliy has downloaded the firmware and analysed it.

He says it is unencrypted, and shares a similar CPU with the GH2 (MN103)

He also reveals that the firmware source code contains a good deal of information about what the functions do, in the form of debug messages, comments and assertion messages, making it easier for Vitaliy to find his way and to give testers some useful experiments to try out.

An interesting aside here, is that Vitaliy Kiselev shares a platform at DVXUser with the Panasonic AF100’s US product planner Jan Crittenden Livingston. They will most probably be totally at odds over this.

Although what Vitaliy is not illegal, and the Russian hacker takes great pains to stay on the right side of the law, I hardly think Panasonic will welcome the hack with open arms!

What does the Panasonic official AF100 firmware update fix?

The official update is extremely minor. What it does allow is for people to download the entire AF100 firmware in a ZIP file over the internet, unencrypted – which is why Vitaliy is able to begin his analysis and hacking of the firmware.

According to Panasonic the update fixes a system error with the camera when it communicates with Panasonic’s SD Card File Recovery software on a computer.

“The system error occasionally occurred on the camera side (AG-AF100 series) when SD Card File Recovery Software on the computer which is connected to the camera by USB cable was executed with SDXC card inserted in the camera.”