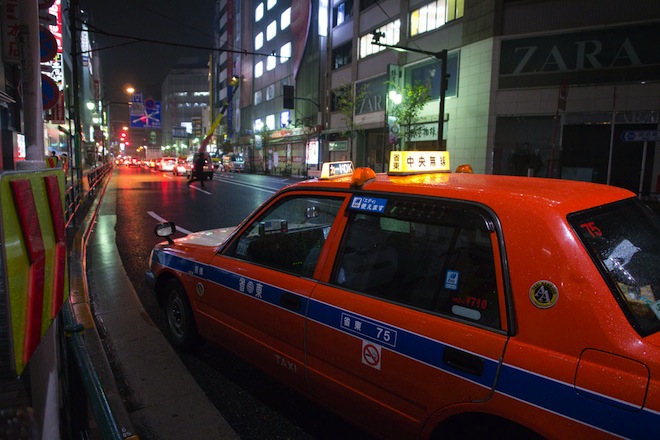 Above: Tokyo shot on the GH2 with Olympus 12mm F2

I am in Japan right now for a short holiday. This place is incredible, a blend of high tech and high tradition. The Japanese also have impeccable politeness that spreads a feel good vibe over almost everything you see or do. The countryside and mountains have a zen-like calm and minimalism, the city of Tokyo has a Bladerunner-like futuristic buzz to it but actually Shanghai is more like a bustling Bladerunner dystopia. Tokyo is very ordered and utopian.

I also had the chance to seek out the camera shops and shoot some footage, not as much as I’d have liked so far but I plan to rectify that soon. I have my anamorphic lens and GH2 with me, and picked up the Olympus 12mm F2 which is extremely light, sharp and small. As we saw earlier with the SLR Magic 12mm F1.6, that 2mm wider field of view makes a lot of difference in feel over 14mm on Micro Four Thirds. F2 over F2.8 does too. AF on this lens is also extremely fast. It is silent AF technology in video mode for when that matters (for example documentary stuff). You don’t notice any movement inside or outside the lens when it focuses and the clutch ring to snap it back into manual is far better engineered than on the Tokina 11-16mm F2.8 which I also grabbed in Tokyo, because it covers an APS-C sensor (in this case my Sony NEX 5N). More on those soon.

I’ve been shooting a lot of stills lately and I wanted a jacket pocketable rangefinder style camera. Step forward the Fuji X100. 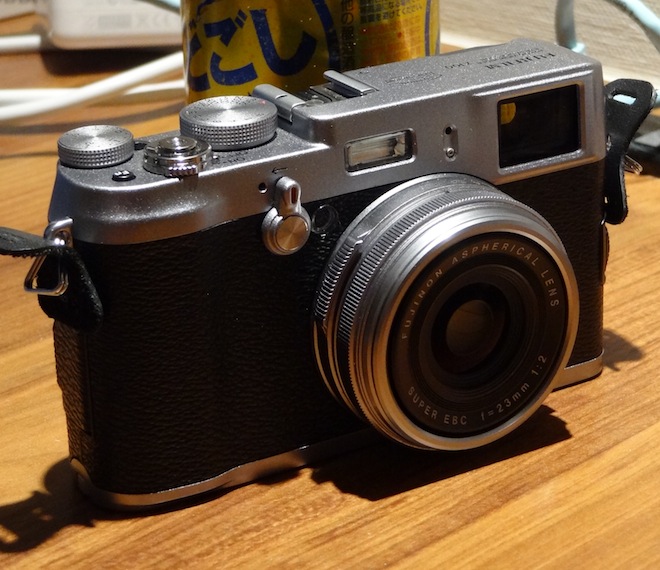 The NEX 5N has a lot of good attributes but it is not the rangefinder or compact step-up it thinks it is! It is really an excellent DSLR with a very small grip. Together with the OLED viewfinder add-on and a range of lovely Leica M lenses you can get it close to rangefinder style but mainly it is a tool for another job. It isn’t as good for video as the GH2 which just keeps getting better with the hack. So it leaves my NEX 5N on the shelf a bit trying to find a purpose.

So I bought a Fuji X100 and although video is an afterthought, it is a superb compact replacement for stills and preferable to the NEX 5N for walk-around photography. The lens is very slim. It’s jacket pocket suited. It looks and feels like a Leica. The hybrid viewfinder is unique and switches between EVF and optical / hybrid quickly. The EVF is actually very good although not at the standard of OLED but then you have the optical / hybrid one so it doesn’t matter that much. The lens is fast, sharp and a nice flexible focal length, maybe a little too wide if anything. The sensor is superb, every bit as good as the NEX 5N if not slightly better in the way it (or the image processor) handles highlight roll off, and general smoothness. I certainly prefer it to the GH2 for stills but it can’t hold a candle to it in video mode because it is 720/30p with very heavy moire, aliasing and pretty much no manual control but I didn’t buy it for that because I have a GH2.

So great sensor, optics, viewfinder, body… anything lacking? Yes – Fuji lack a decent team of programmers. The firmware on this thing makes Microsoft look like Apple. It takes an age to turn on by modern standards, AF is slow by modern standards, RAW write times not great, menus not great and key features are buried in the menus which wouldn’t normally be a problem but there is just ONE programmable button. Also the manual focus ring is fly-by-wire and rather thin, travel is too long, the OK/MENU confirm button is utterly terrible. They could not have put a worse one on if they tried, seriously. Not positive enough, not big enough unless you have pin sized fingers and not separate enough from accidental d-pad touches. I really wish Fuji had someone with an iron fist like Steve Jobs with expert judgement going over the small stuff, because it is THAT close to being great. The sensor, lens, viewfinder sings – the design is beautiful – the rest is an afterthought, but I love it anyway.

What Fuji have managed to deliver here for under $1000 is astonishing when you compare it to the other similar stuff on the market – namely – very little else, because nobody had the balls to do it. The only similar camera is the Leica X1 which has a slower lens, no hybrid viewfinder, a worse sensor and worse image quality. 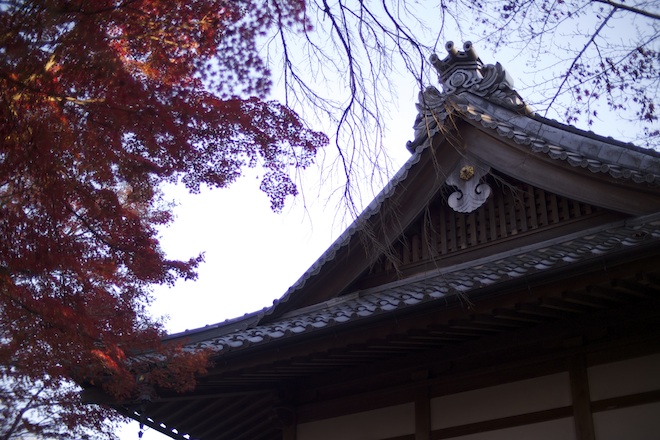 As well as looking so incredible, Tokyo also sounds amazing. Those Tokyo inspired films – Bladerunner and Lost in Translation both capture it well in very different ways with superb audio design. I want to try my hand at it now. Audio is a very overlooked area of DSLR video.

Rather than choose the usual stuff like the Zoom H4N or a Rode shotgun mic, I’ve picked up two alternatives which are much cheaper, but I think they have more life and soul. We shall see…

My stereo mic and dual-system recorder is a Tascam DR-05 which is quite chunky but very nice to use and is very light. It has a tripod mount on the back so you can attach it to pretty much anything. I have it on a hot shoe ball-socket on top of the camera. The Tascam was roughly $130. I also picked up an Audio-Technica shotgun mic which is very small, far smaller then the typical Rode or Sennheiser mic. Is it as good? I’ll soon find out, it cost $60 and doesn’t require external power. It doesn’t even have a lead, the 3.5mm jack is on one end, mic on the other. I plan to use it as a mono mic on the end of the Tascam when I want something more directional and to home in on a certain sound without all the ambience. Mainly I am just experimenting with cheap gear here and attempting to seek out some life. Will it work? Who knows… I’ll blog on it soon.

So I recommend Tokyo – the atmosphere, the people, the low crime, the superb transport, the countryside, the shopping – it has it all. I’ll probably write a travel guide with all the camera shops on it!! I’ve been in enough!