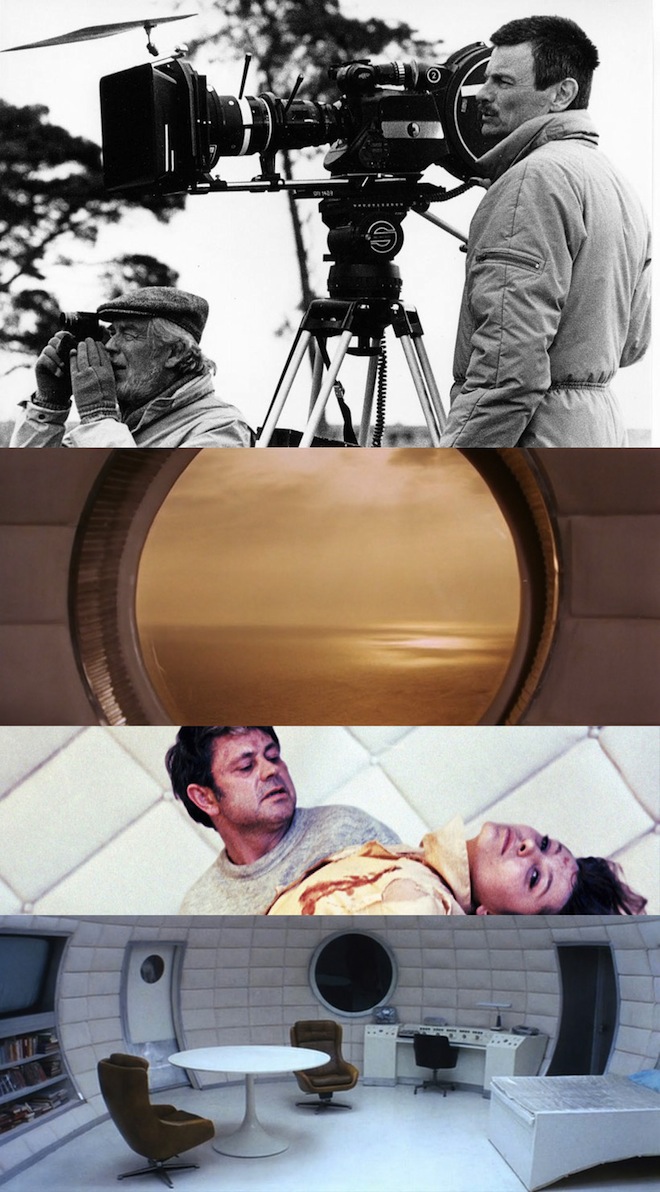 Above: Tarkovsky shoots in the 70’s with the finest LOMO 35mm cinema optics. In 1972 the Russian master directed sci-fi classic Solaris using the very LOMO 35mm anamorphic lens which is the subject of this blog.

It only took a year!

Finally we can rack focus easily on an OCT18 LOMO anamorphic – with the original prime lens for maximum ‘sci-fi’ authenticity. One focus ring, with marks. Live anamorphic monitoring (thanks to the DP6).

Previously the anamorphic front could easily be removed and worked well on FD glass but it is a real pain to focus two lenses at once and shoot through a squashed image on a 3 inch LCD.

Now thanks a new OCT18 adapter designed and manufactured by Ceicio7 (buy on eBay here) with a concept conceived by EOSHD, this beautiful Russian glass becomes practical again. The image quality of Hawk but the mechanisms of Rube Goldberg! 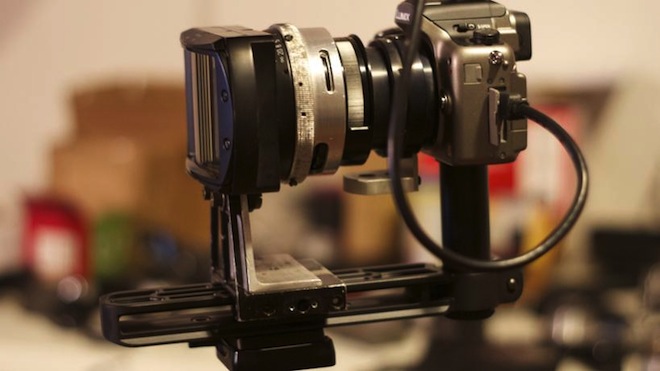 Key to making this work was a small notch in the adapter which hooks into the back of the OCT18 prime lens to hold the optical block in place whilst the focus barrel rotates around it. Previously it was a case of rotating the f***king optical block inside the focussing barrel! This worked for standard primes but not anamorphic since the anamorphic block must focus together with the prime via an outer housing which could only have been conceived in 1970’s Russia. If you have ever driven an old Soviet car you will know what I mean.

Thankfully it is worth the effort because this old anamorphic glass has the character of the Tarkovsky sci-fi epic Solaris, a sharp image at T2.5 (aperture is F2 and the transmission of the glass varies depending on which duck you shoot at the eBay fairground stall) and is deftly cinematic no matter what you shoot.

I can even shoot my desk with this lens and it will look sci-fi.

The other key to getting a practical set up was a steel mounting rail bespoke designed by a camera store owner in Hong Kong. In a strange twist of fate there is another LOMO anamorphic nut in Hong Kong, Ed Lee, who was able to get me the support rail. I have no idea how or even if these will ever become a common item but it should be because it’s very handy – All alloy, with 3 tripod mounting points and a sliding screw mount for the lens. The back of the support has a height adjustable column to support the camera. Both the front of the anamorphic lens and the camera must be secured to the support otherwise when you turn the focus barrel the lens or camera will try to turn with it. That’s because the lens comes from a time when a heavy 35mm film camera was always mounted on a plate and the plate extended under the lens, and this was considered part of the camera system design as a whole. I have no idea what happened to the Konvas mounting systems – they are probably now melted down. 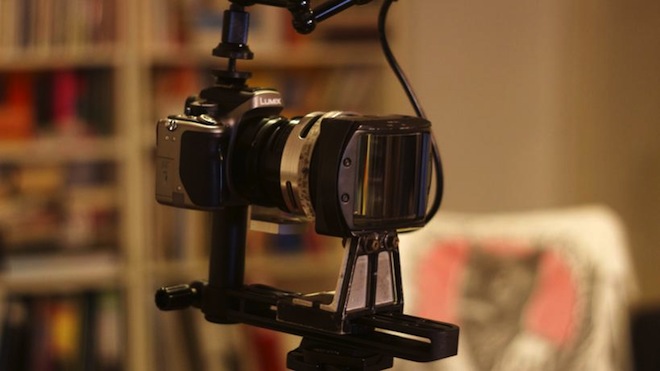 The original LOMO mounting bracket did not have the requisite threaded mounting point to connect to the support. It needed a standard tripod mount like on the bottom of a DSLR. When I went round to look at the GH2 cages Philip at ReWo very quickly saw to that.

So with all those obstacles removed I can finally breathe easily.

Image quality wise the OCT18 lenses do vary but a good copy is a match for the much more expensive round front OCT 19 mounts. It is better than an Iscorama in my opinion – more character – although heavier and breathes severely whilst racking focus. Thankfully a lot of my style of shot is locked off – I just wanted to be able to focus and frame quickly with one mechanism.

It focusses down to just 1 metre which is good for anamorphic lenses – with a diopter like the equally rare (sadly) Foton-A it can get a lot closer see first look at the LOMO Foton-A on EOSHD here. 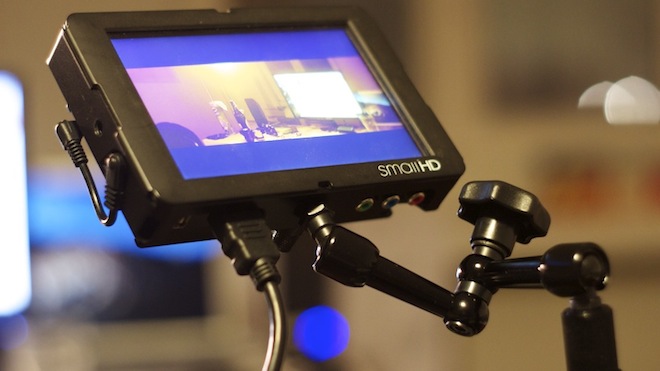 Sharp wide open, better flare and character than an Iscorama… It’s a winner and it was well worth the year of toil and head scratching to get it working.

One note of caution is that should you get one from eBay, be prepared for a bad copy. Not much of what is left in Russia is what you’d call ‘perfectly serviceable’. I avoided having the lens optically serviced since it would have been expensive. I was lucky that the basic optical condition and alignment of the elements was sound to begin with. The rear element can easily be removed and you can clean any fungus from inside but what worries me is that the alignment gets screwed up when you screw the rear element back on. Even more so if you take apart the front element. It’s easy to unscrew but equally as easy to screw up. 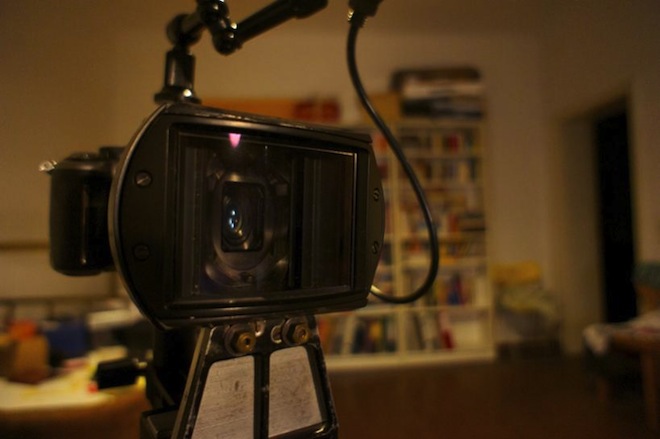 The new Ceicio7 OCT18 mount adapter is extremely well made, though I did have to file down the new securing notch so that it would not tighten up against the anamorphic prime. This is another idiosyncrasy of the 1970’s Russian design department – no standardisation whatsoever! All the lens vary in some important way. ALL of Ceicio7’s lenses fitted fine. My ONE lens didn’t so I bought a girl’s nail file for 50 cents and set to work on filing 1mm of aluminium off the notch. Good job it’s not anodised!

Of course gear cannot define your career as a filmmaker… But I do genuinely believe that I have a look here which is very hard to replicate and is not a commodity. Anyone can buy a Canon L lens and they are great – but the old LOMO anamorphic lenses are truly unique today. Anamorphic optics better than this can only be rented, and at a cost. This is one lens that will not ever find it’s way onto eBay for as long as I am shooting for.