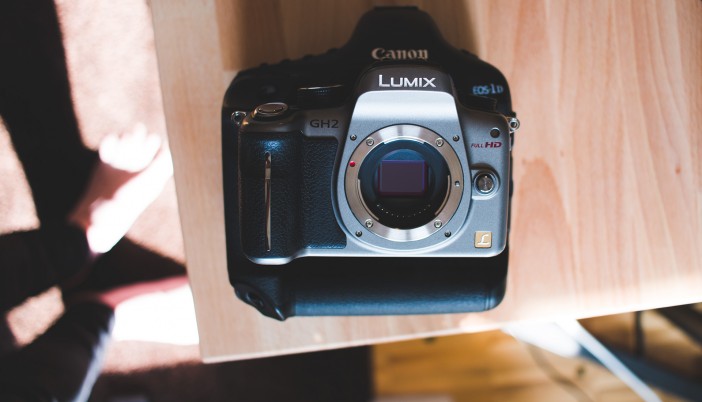 Does downgrading your equipment to simpler, more basic models make you more creative?

Warning: do not try this with your girlfriend!!

Had Shakespeare been alive today he’d of course have had a laptop and perhaps a few Facebook notifications in the top right corner. The Game Of Thrones author of course does not have such a privilege, he’s using DOS and a 1980’s word processing app.

If you give a monkey the best banana in the world, will it prevent him from finishing War & Peace on his typewriter? That’s what I set out to find out.

There’s something about sitting in front of a modern Mac or PC that partly stalls creativity. There’s something about it which scatters the mind rather than focusses it. It feels like a multitasking device rather than one designed for a single purpose, because indeed it is…and perhaps we haven’t stopped to consider what that is doing to our ability to focus on one thing at a time.

Computers are immensely powerful compared to a pen and paper and therefore should be a powerful ‘tool for the mind’. More choice = more productivity. Actually I believe the opposite is true. A myriad of choices presents a mountain of distractions. As Barry Schwartz says in his TED talk below, too much choice = life paralysis. As Andrew Reid says, too many distractions = loss of focus and inability to bring you Part 2 of the Digital Bolex Review.

That’s because immediately after I shot with the Digital Bolex, 9 other appealing cameras arrived and I indulged myself. This is also what the internet is doing to us and why computers are killing us.

Smartphones are a drug, they are stupefying us and virtualising our lives. They’re dangerously addictive and consumerism is the most common ‘hit’ of all. The cheapness and accessibility of it all is what drives it into every room and every corner of our lives. Technology is a drug.

A few months ago I began a hobby, to take my mind of cameras altogether I began writing lyrics for a singer I knew in Berlin. The way I’d most often do this would be to get my old iPhone 5 out on the U-bahn in Berlin and begin to scribble thoughts very quickly into the simple Notepad app.

This all changed when I upgraded my iPhone to a Samsung Galaxy Edge phablet, which for all the better features lacked something as simple as a good notepad app and the ability to hold it comfortably in one hand or type one-handed. The iPhone 5 being much smaller had an immediacy of use, between the line occurring in my head and it going down in the notepad.

The Galaxy Edge hypnotised me, luring me into that massive screen by making the experience of playing games and killing time on Facebook so much more immersive. Boredom is one of the biggest drivers of creativity and people with a powerful smartphone kill boredom differently to those with only a paper notepad and pen in their jacket pocket.

The hypnotic Galaxy Edge caused just enough of a reduction in incentive to write lyrics and just enough of a tilt in the scales for me to dive into Crossy Road and Facebook with those incredible OLED colours and detail leaping out, relaxing me, killing time.

The old iPhone 4 or 5 is the perfect physical size. The Edge would need buttoning into my jacket pocket to stop it falling out, significantly increasing the time and hassle of undoing the pocket to take the phone out to make a snap shot or jot something down. Although I have not had the chance to take my jacket off yet thanks to the Berlin winter, I expect to find that come summer the silly phablet won’t fit conveniently in my jeans pocket either, and I could never get a man-bag!

In terms of functionality Android piles it on of course, but often in an unseemly way that causes you to consider many more options than necessary. Take for example very simple every day phone tasks like sending a photo message or sharing it on a social network. Here’s the Android “Share via” screen vs the iOS equivalent. A full screen view of 15 options is stupid and why would I want to share a photo via PayPal? 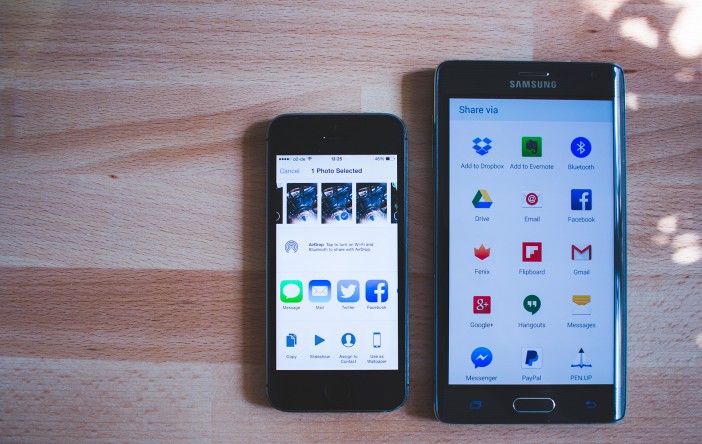 So I began to be fascinated by the effect of downgrading other bits of gear, or stripping down options and reducing complexity. Would it make a difference? 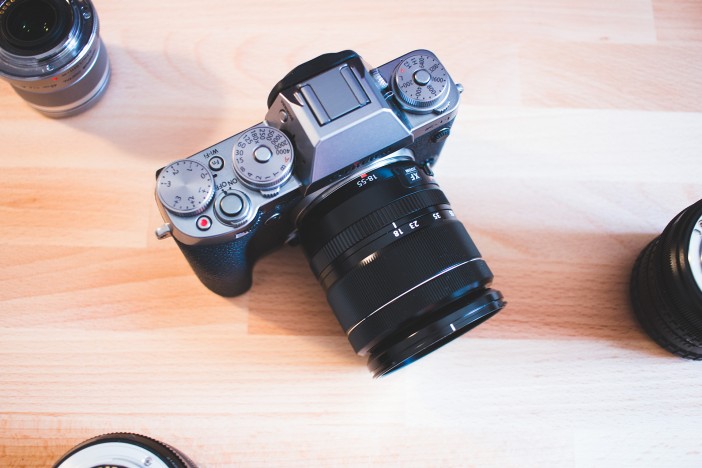 The X-T1 is lovely. Very advanced and I still believe mirrorless is the future. However the X-T1 is also extremely overrated. It sums up why mirrorless (for stills at least) just isn’t taking over the DSLR market like we expected it to do.

Autofocus on the fast Fuji primes is dreadfully unreliable and slow for anything but static objects in glorious sunshine. The moment the light is anything less than perfect and anything moves, you are up Fuji creek without a paddle. The 18-55mm kit zoom is better at focussing but it still hunts like a drunk pack animal. The X-T1 is known for being one of the best APS-C stills cameras for ergonomics and low light. This is also a myth. The ergonomics are actually dreadful for getting a shot manually vs the cheapest of DSLRs. It feels like you’re setting a mechanical system with lots of individual dials and levers, rather than ‘two swipes of the finger and you’re done’.

In low light the X-T1 applies heavy noise reduction to raw files. This is a cheeky fudge by Fuji to get reviewers to claim the sensor has ‘low noise’. Although it does seem like the X-T1 shoots incredibly clean and noiseless results considering the high ISOs of 3200 and 6400, actually it is killing a ton of detail and colour vs the ‘middle of the road’ Canon 70D. 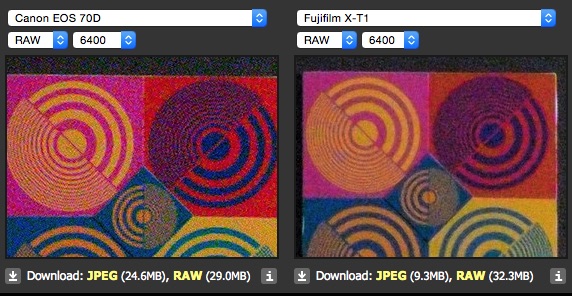 The great colour from the X-T1 is also a bit of a myth, unless you shoot JPEGs. The Fuji film knowledge has definitely gone into that lovely JPEG processing engine, but that doesn’t apply to the raw files at all, meaning you can achieve the same with the 70D and some post processing skill. There’s no ‘Fuji sensor magic’ going on.

So I tried downgrading from a class leading EVF and superb Fuji glass to a boring old 70D, with it’s old mirror box and optical viewfinder, clunky old Canon lenses and DSLR controls that haven’t changed for years and in some ways decades. The downgrade worked by giving me a more responsive way to capture moments and less choices to consider whilst doing so. It felt like a direct extension of me somehow.

Let’s not mention the 70D’s video quality though!