BBC man in Vienna Johnnie Behiri has been rigging up with the NEX 5N to shoot for the BBC, which completely destroys the myth that DSLRs can’t be approved for broadcast work. Shot in 1080/25p with only the 18-55mm kit lens and 16mm F2.8 pancake, Johnnie says the NEX 5N “is a lot of fun to work with. Its low light capability is very nice and working in even 1600 ISO is a absolutely ‘worry free'”.

There’s more on this story at Cinema5D 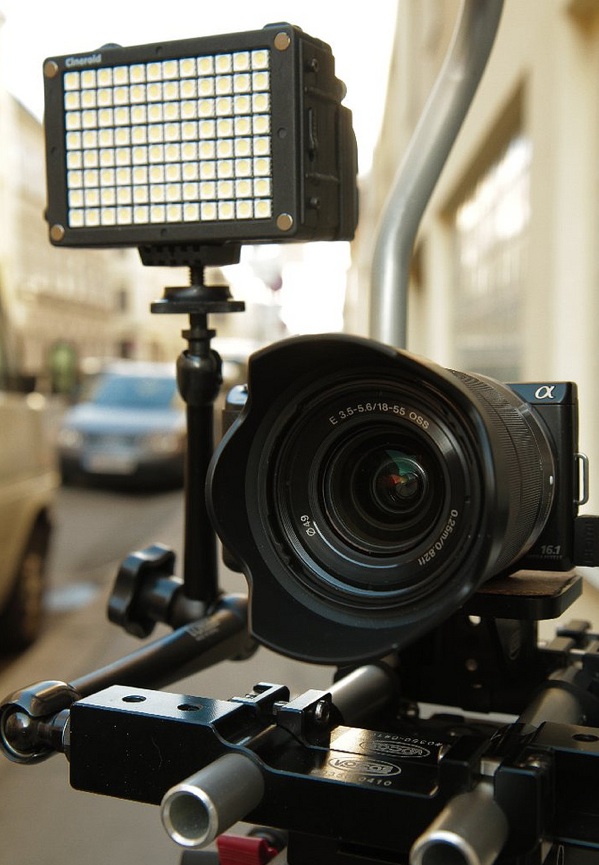 The NEX 5N is a no hassle broadcast rig, where the point and shoot nature actually allows the shooter to get on with getting the shot, rather than worrying about camera settings.

Another good choice for this style of run & gun is the Sony A65 which has a stabiliser built into the body allowing any lens, including fast wides to be stabilised for handheld work. The OLED EVF is also a good deal better than any other and much smaller than an add-on EVF or monitor.

You can see Johnnie’s music video shot with the Sony A65 below: