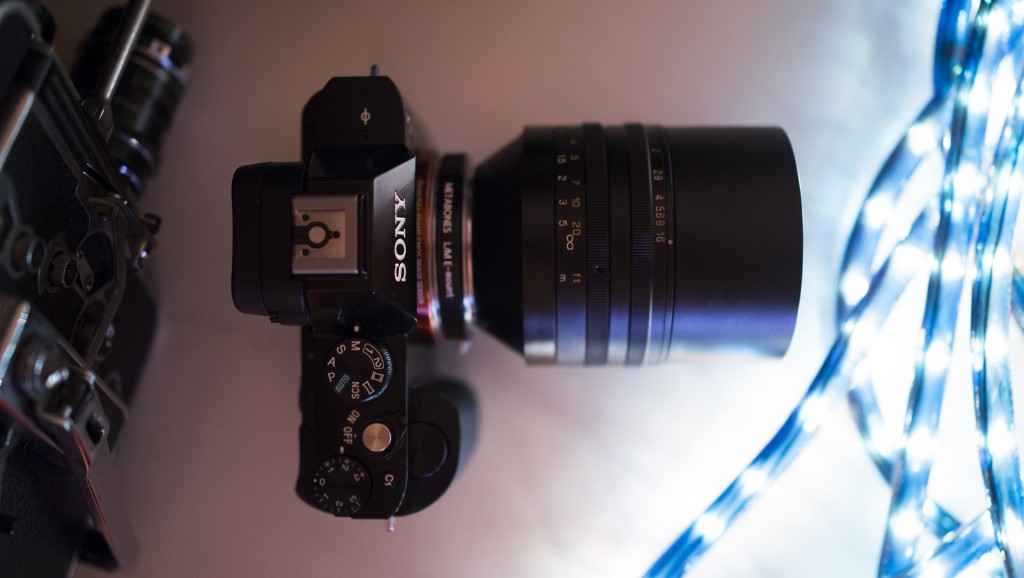 How does the SLR Magic HyperPrime 50mm T0.95 rate as an alternative? 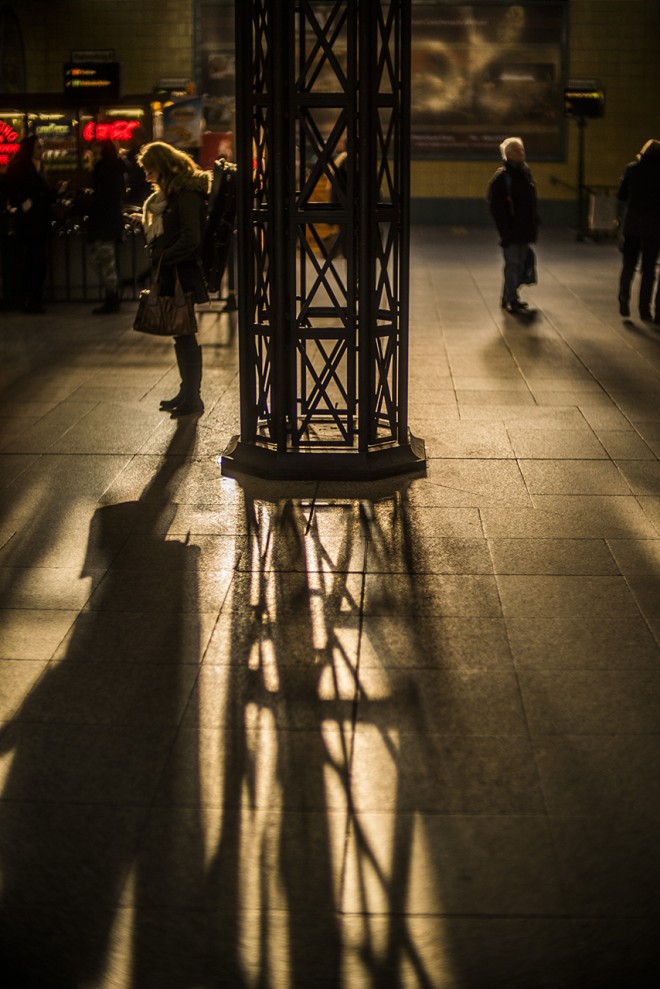 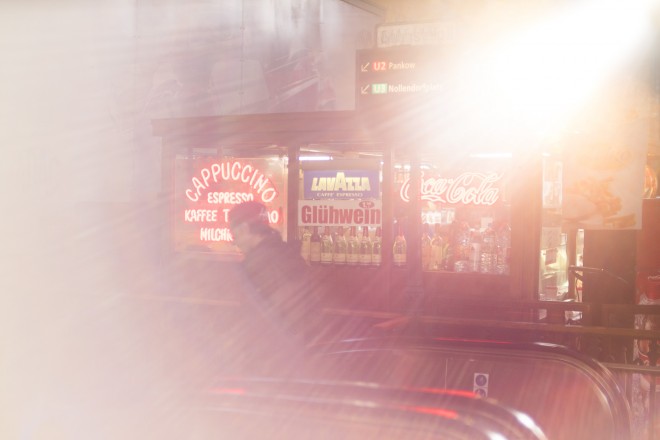 The Zeiss Otus (named after an owl with exceptional eyesight) is apparently a family of lenses and a Zeiss Otus 85mm F1.4 will come next year.

I would love to see the Otus on the Metabones Speed Booster which would turn it into a 35mm F1.0 but that requires a crop sensor. The Sony A7R is full frame.

As you will soon see in my book this camera is a dream for adapting lenses to. It takes almost any mount of lens you can think of. 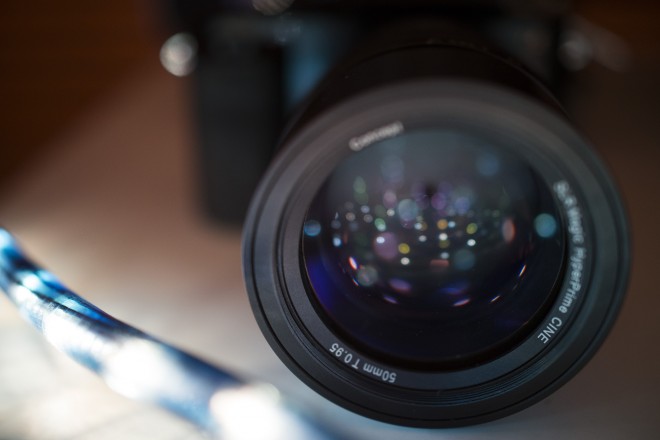 Both the lenses are Leica M mount and fit the A7R. Both the lenses give comparable results as we’ll see in a moment. But there’s definitely some brand snobbery going on because the Noctilux is regarded as the $11,000 pinnacle of photography and the SLR Magic 50mm T0.95 barely has a whisper to it’s name in the photographic press.

Have a guess which is the better performing lens at F0.95… 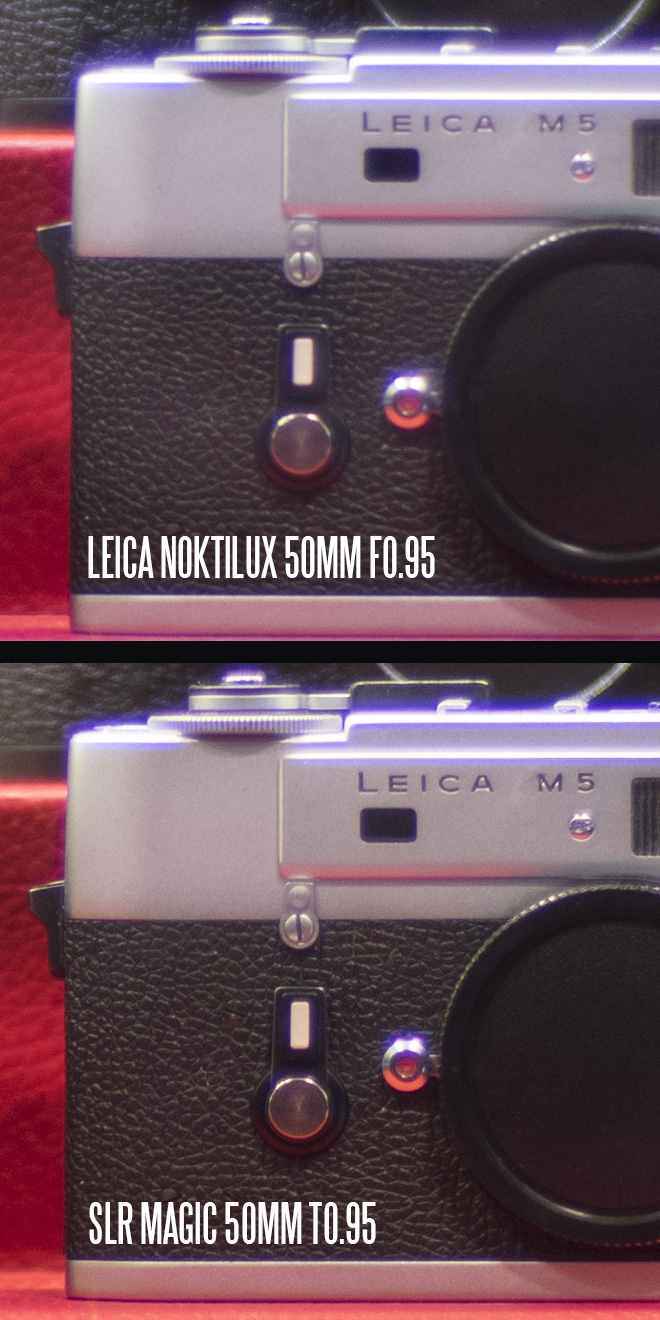 Yes it’s a Leica beater and not just of any old Leica crap but of a $10,000 flagship lens with an almost mythical presence in the photographic community.

Until now we’ve not been able to use full frame Leica M mount cameras for filmmaking but the new Leica M has a video mode and the new Sony A7R has a full frame sensor and a mirrorless mount which takes Leica M glass via the Metabones Leica M / E mount adapter (below).

The Canon 85mm F1.2L meanwhile, is one of the sharpest fast lenses you can get hold of and although the HyperPrime when stopped down very slightly to T1.2 cannot quite match the Canon in terms of sharpness or contrast, the result is pretty close and I actually prefer the bokeh (at least on this shot) on the SLR Magic… 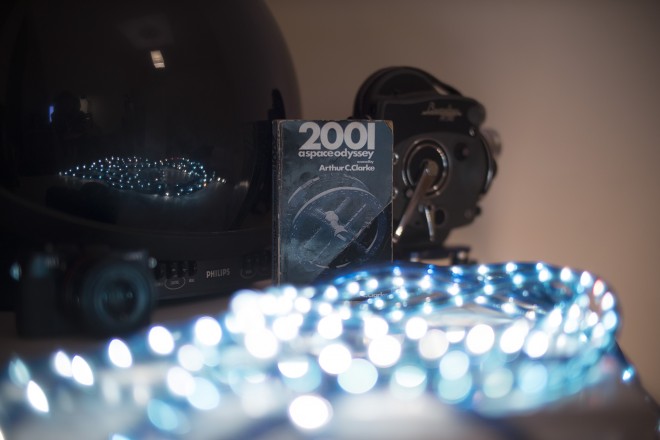 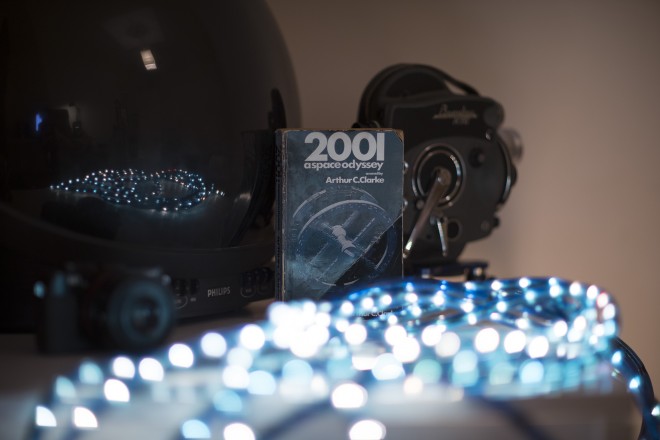 The SLR Magic HyperPrime 50mm T0.95 looks very similar in terms of resolving power at F1.2 on the book cover but the white text on the cover is rendered more clearly on the Canon… 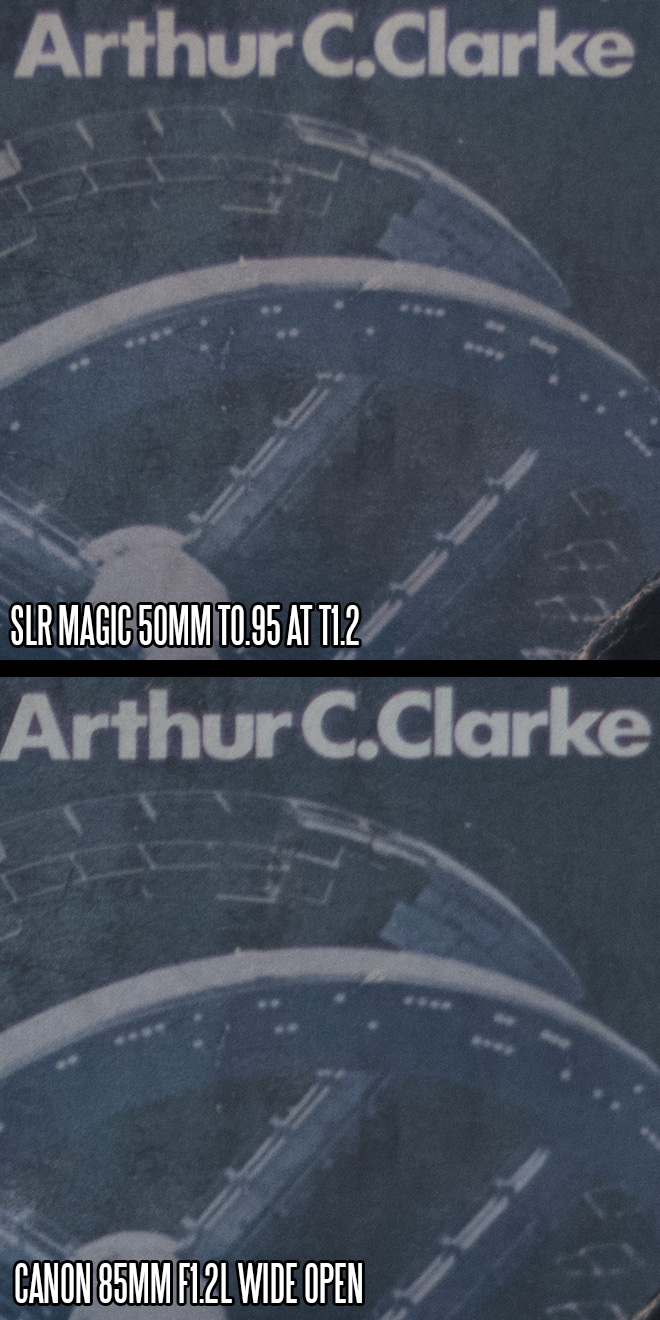 The biggest question you should ask yourself about these F0.95 lenses is this… do you want absolute technical perfection of an Otus or do you want the fastest possible aperture and a unique look wide open? The Zeiss Otus 55mm F1.4 is sharper wide open and is said to have virtually no aberrations. All F0.95 aperture lenses by definition have a degree of compromise to achieve such a bright aperture. The F1.4 speed of the Otus helps Zeiss achieve their mission of perfection, whilst the mission at SLR Magic and Leica was to go for overall character.

As far as downsides go, focus is very difficult to get right wide open on full frame at F0.95. Much more difficult than with the Voigtlander 25mm F0.95 on Micro Four Thirds. There is more distortion on both the Leica and SLR Magic ultra fast primes at 50mm than with most other 50mm lenses and there’s certainly more purple fringing on the lenses than you get at, say, F2.0 on slower high end primes.

The good news is that purple fringing reduces by F2.0 on the SLR Magic and disappears pretty much altogether by F2.8 (by F5.6 in more extreme shooting situations). 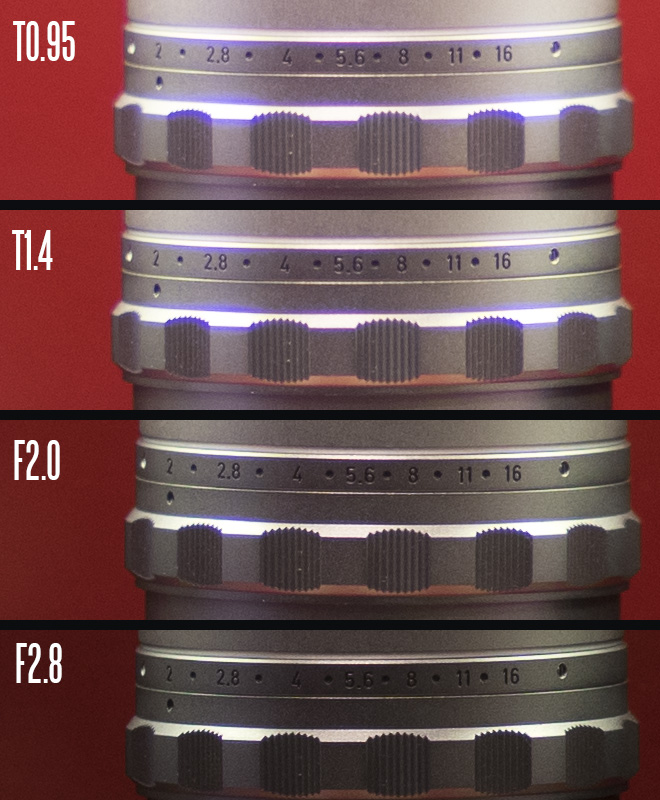 That’s not to say the lenses are not sharp wide open. If you look at the above example and take the tack sharp image at F2.8 and compare it to the one at F0.95 it’s very much like the performance the respected Voigtlander 25mm F0.95 puts in wide open – but the SLR Magic covers full frame.

Both results are of course perfectly printable to huge sizes for stills taken on the A7R. The above crops are VERY extreme ones – tiny 660 x 660 windows of the full 7K / 36MP sensor. It’s clear from these that the SLR Magic outperforms the latest Leica Noctilux wide open for resolution and sharpness, whilst the gap to the older Noctilux F1.0 is even larger. 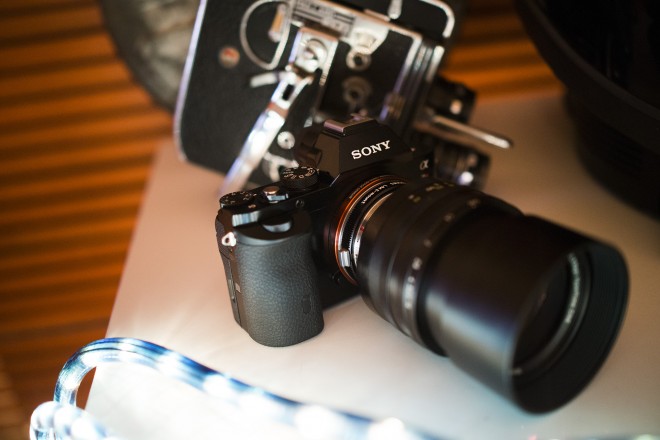 The corners on the Leica Noctilux for example are a disaster. This is an area where you probably need to couple it with a Leica M body and not the Sony A7R’s sensor which has a different micro-lens design to the sensor the Leica was designed to fit. Here the HyperPrime pulls away at T0.95 by a pretty measurable distance. 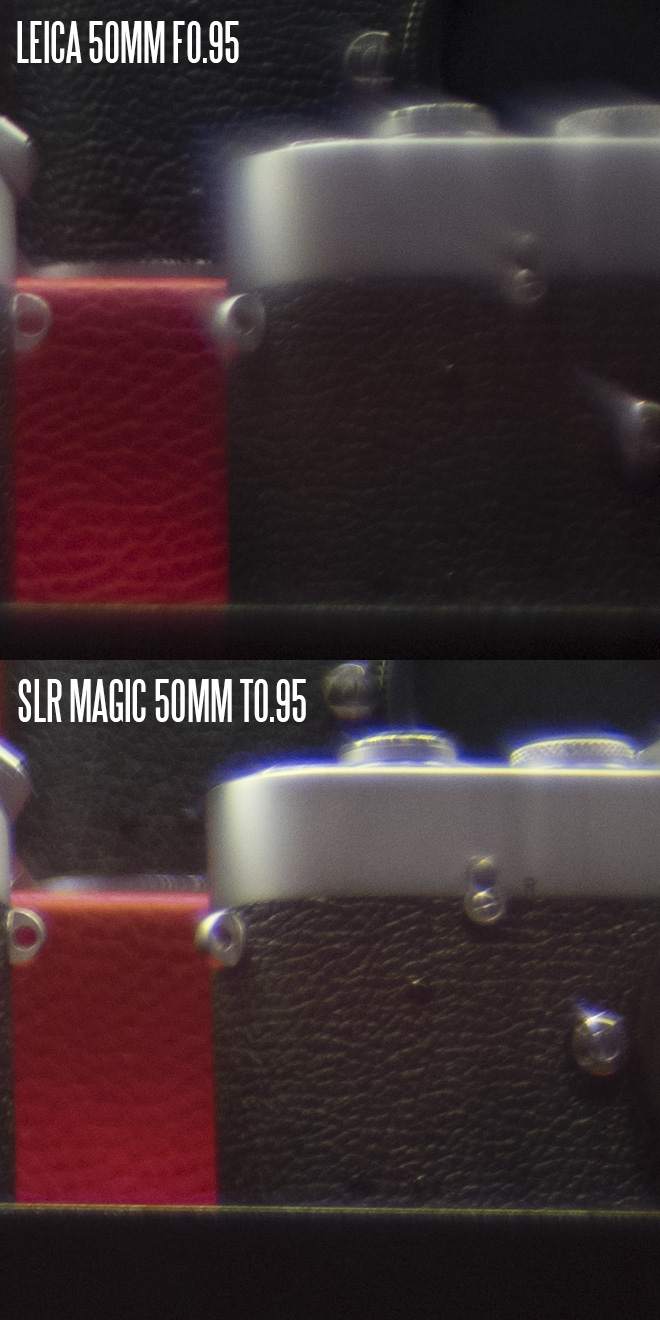 Of course the overall “look” of the lens is harder to quantify on the specs sheet.

Which is more important? Technical perfection or personality? Well the very last thing that comes into my mind when I see a photo is the associated MFT chart performance of the lens which was used to take it.

If you glance at the shots I’ve taken with the SLR Magic on this page at the widest aperture, that’s pretty much the only way to accurately describe how different the look of this lens is wide open to others. 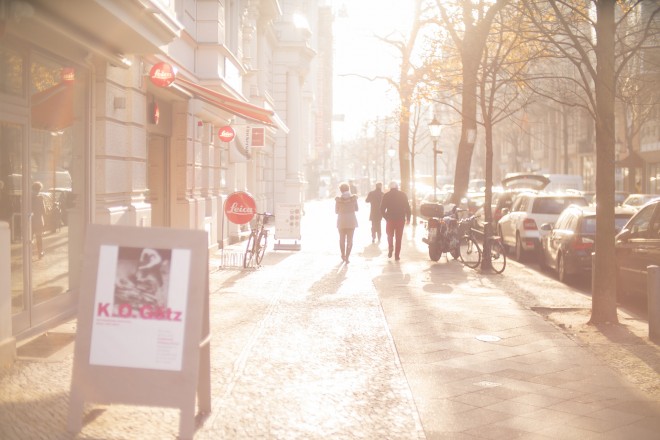 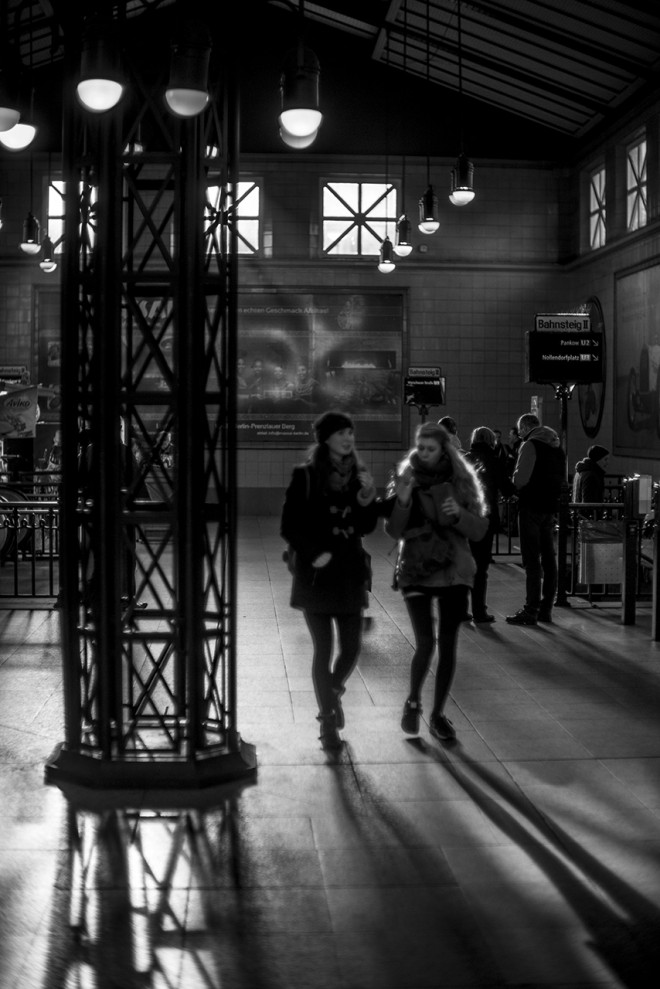 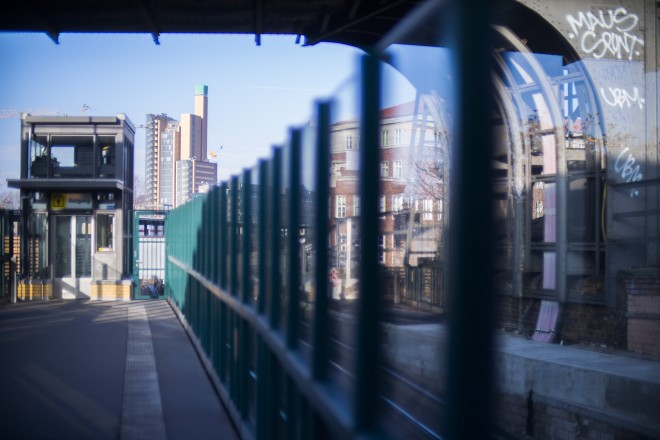