If you find a space to watch this film in a quiet moment, I’ll guarantee you’ll be moved…

Set in a small Japanese fishing village, the young son of a poor worker embroiled in ex-Yakuza activities but trying to go straight (but not quite!), finds solitude in a camera.

I will try my best not to reveal too much of the plot but if you want to know nothing, view the film above before reading this!

In the film, the young boy has a somewhat ‘tricky’ father. He’s someone who does his best in difficult circumstances but embroils his son in dishonest plots! He is also in some ways an absent father figure and as a result, the young boy immerses himself into his newly discovered camera and hobby of photography.

I felt very moved and found this even resonated with my own life. It reminded me of how I felt in 1999, when I lost my father to a heart attack. He was just 49. All the noise of everyday life and of making ends-meet died with him – and suddenly didn’t matter – so I immersed myself in photography with an old Casio QV3500 (a huge 3 megapixel) to bring some purpose to my life.

In “sin-sin” the story uses a plot detail to create a mood of gradual silence, as the young son goes deeper into his camera-world and images, like an obsession.

Explains the director Yu Yamanaka san in his interview with FDTimes: 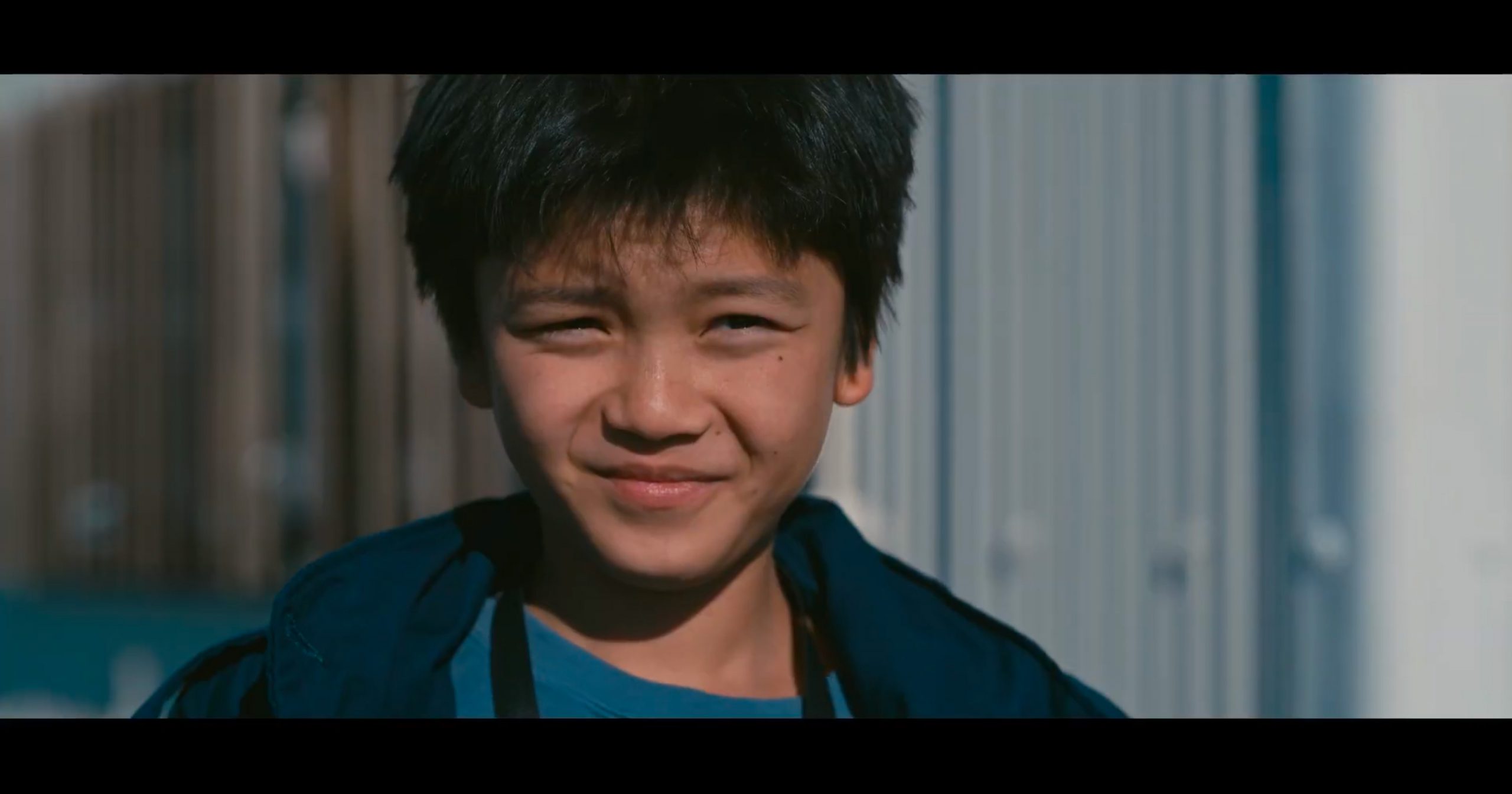 It is also a word often used to describe the sound when snow falls.

The boy’s camera in “sin-sin” is an old Sigma DP2 Merrill. When the Foveon sensor comes into his belonging, on the memory card are old photos of his missing mother.

The choice of Sigma DP2 Merrill with Foveon sensor is very clever, because the young boy takes comfort in the small back LCD screen to see for himself pictures of his mum for the first time, lost at a very young age I think before he could properly remember what she looked like.

The smaller screen and older camera serves the story better than a larger more modern LCD as his mother is supposed to feel like a distant impression on an older, small screen. We also see the film-like classic looking Foveon images in the film, which add a really beautiful mood when they are used.

The use of the older DP2 Merrill in “sin-sin” as such an important plot device and a smart move by the director and by Sigma. The fp for example is kept away from obvious product placement, instead being used to shoot the entire film, letting every frame do the talking. 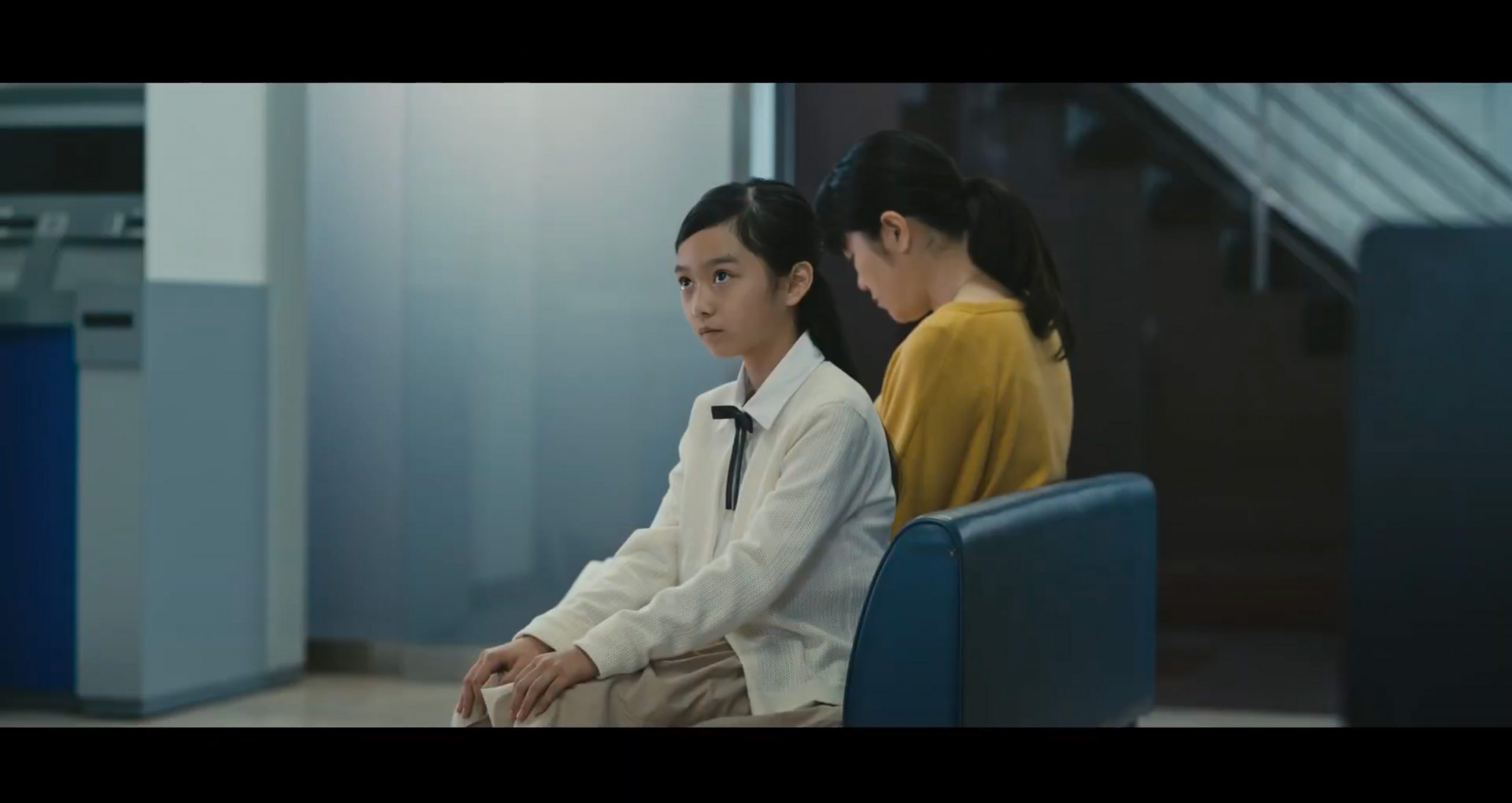 The first scene in the film is also interesting. The boy’s father is so poor he can’t afford to buy his son new shoes.

The young boy steps into some replacement shoes on the beach. There is a tragedy and hidden message to this, because in Japan it is customary to leave your shoes behind if you attempt suicide. So symbolically, the young boy is stepping into a dead man’s shoes – and needs something positive to come along and give his life some purpose before he follows the similar path to the man who left behind his shoes near the sea.

Then along comes the camera.

In “sin-sin” you can feel the small camera giving the young son a meaning in life and a way out, beyond his working-class father’s difficult life.

Towards a life as a more successful independent young man.

The film also has a darkly humorous side to it.

Due to his father never having any money and working odd-jobs to keep food on the table, the protagonist in “sin-sin” has to pretend to be deaf and borderline mute as part of a “scheme”!

I felt deeply moved by many of these scenes and the way in which the family photos are used from the DP2 Merrill. It is poetic and far more sensitive than the common genre of “aiming to be the next masterpiece” we see so much of. It shows simple moments can add up to form a deeper cinematic experience. Traditional Japanese cinema has kept a sense of what it is to be human, a sense of intelligence, and even of the slower Andrei Tarkovsky style pacing where our eye is given a chance to direct for itself rather than constantly being led with device after device, and cut after cut. 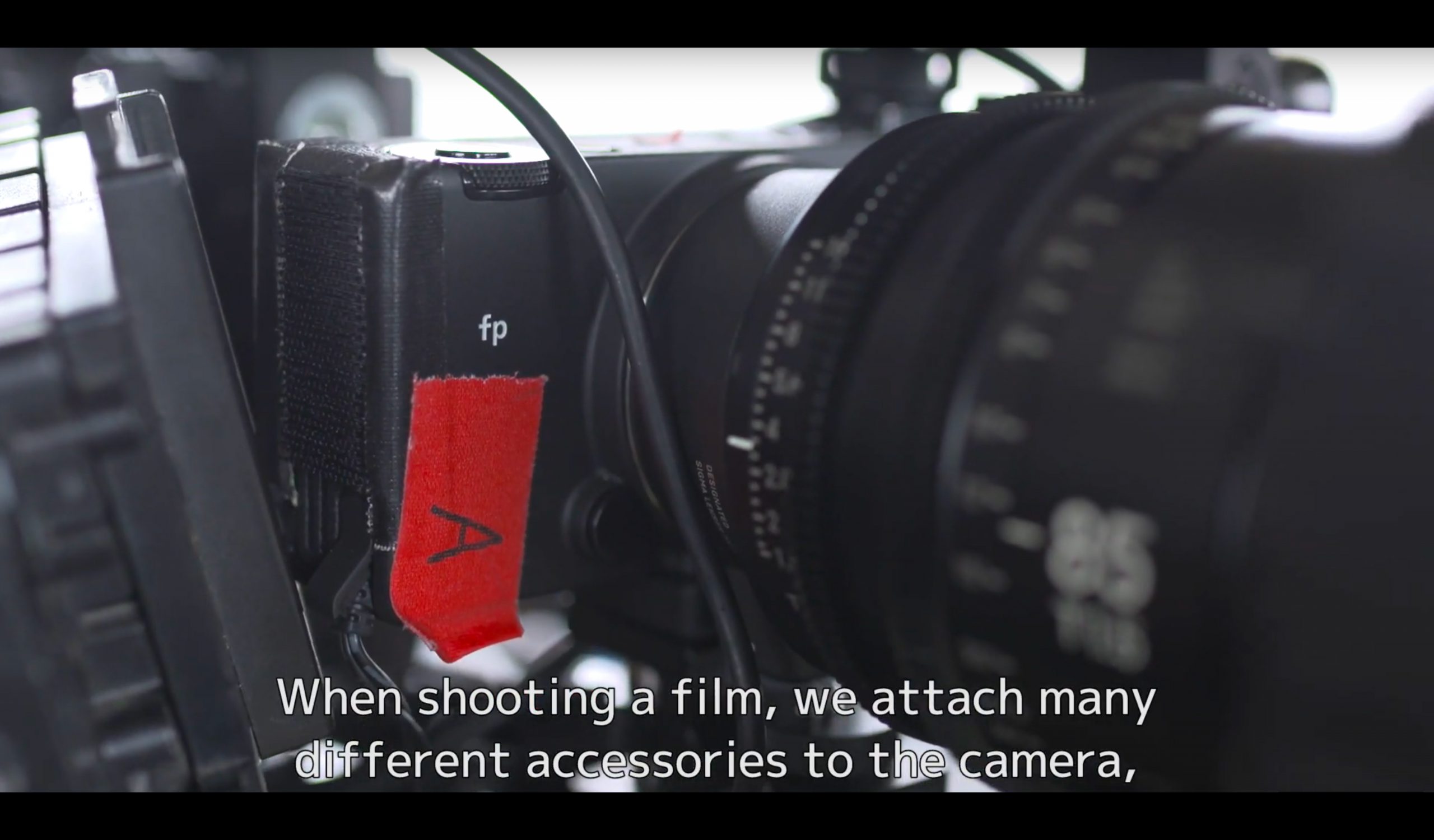 The slower pacing is more demanding on your attention and effort to focus – but very rewarding when you concentrate and watch the entire 34 minutes in a quiet place. Even though the film is featured on the official Sigma website and online magazine SEIN, it does not shy away from difficult social issues or controversial subjects, or uncensored swear words for that matter! Can you imagine Canon green lighting this for the purpose of camera marketing? Very brave and adult of Sigma here and they should be congratulated for treating their customers like adults!

Says the director Yu Yamanaka san in the FDTimes interview:

This film deals with social issues, but there are comical aspects to it as well, so I intentionally shot the scenes straight from the front to create candid images. I thought about how to get all viewers immersed in the story and also about how I, being physically closest to the actors, could create an environment for them to perform comfortably, and the small fp opened up possibilities.

There is a behind the scenes documentary about the making of “sin-sin” with the Sigma Fp, and I highly recommend giving both the film and the BTS a watch – 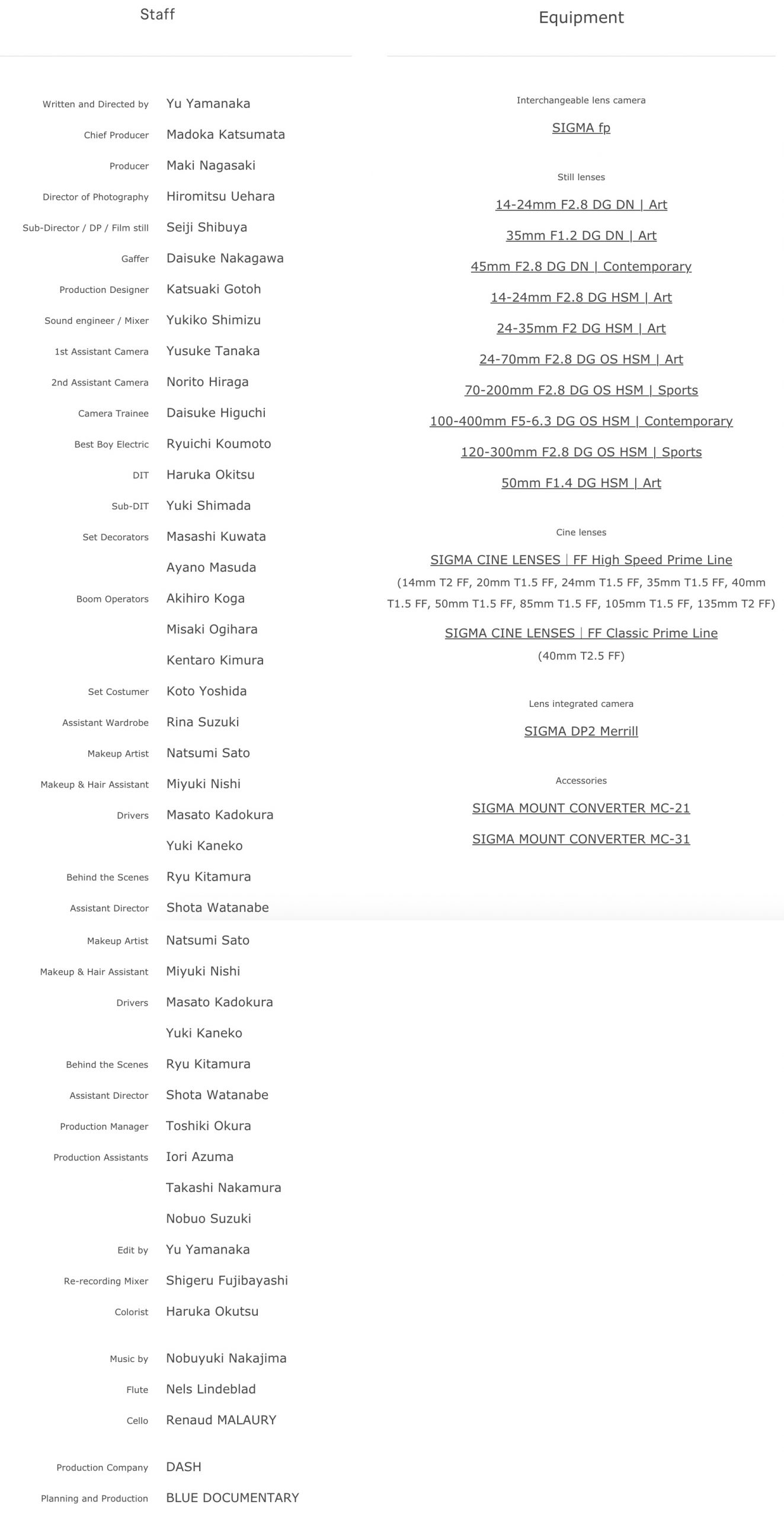 Shot entirely in 4K Cinema DNG RAW, the grading of RAW does not make use of internal picture styles but closely resembles the Teal & Orange style, maybe a little more muted.

The entire crew was very pleasantly surprised by how beautiful the images of the fp were. It was like straight, clean, pure, fresh grapefruit juice, not concentrated and reduced juice.

Sigma’s full range of L-mount lenses such as the 45mm F2.8 which is sold with the fp, and the latest PL mount Sigma Cinema lenses.

The 20mm T1.5 in particular really is uniquely beautiful on a full frame sensor. 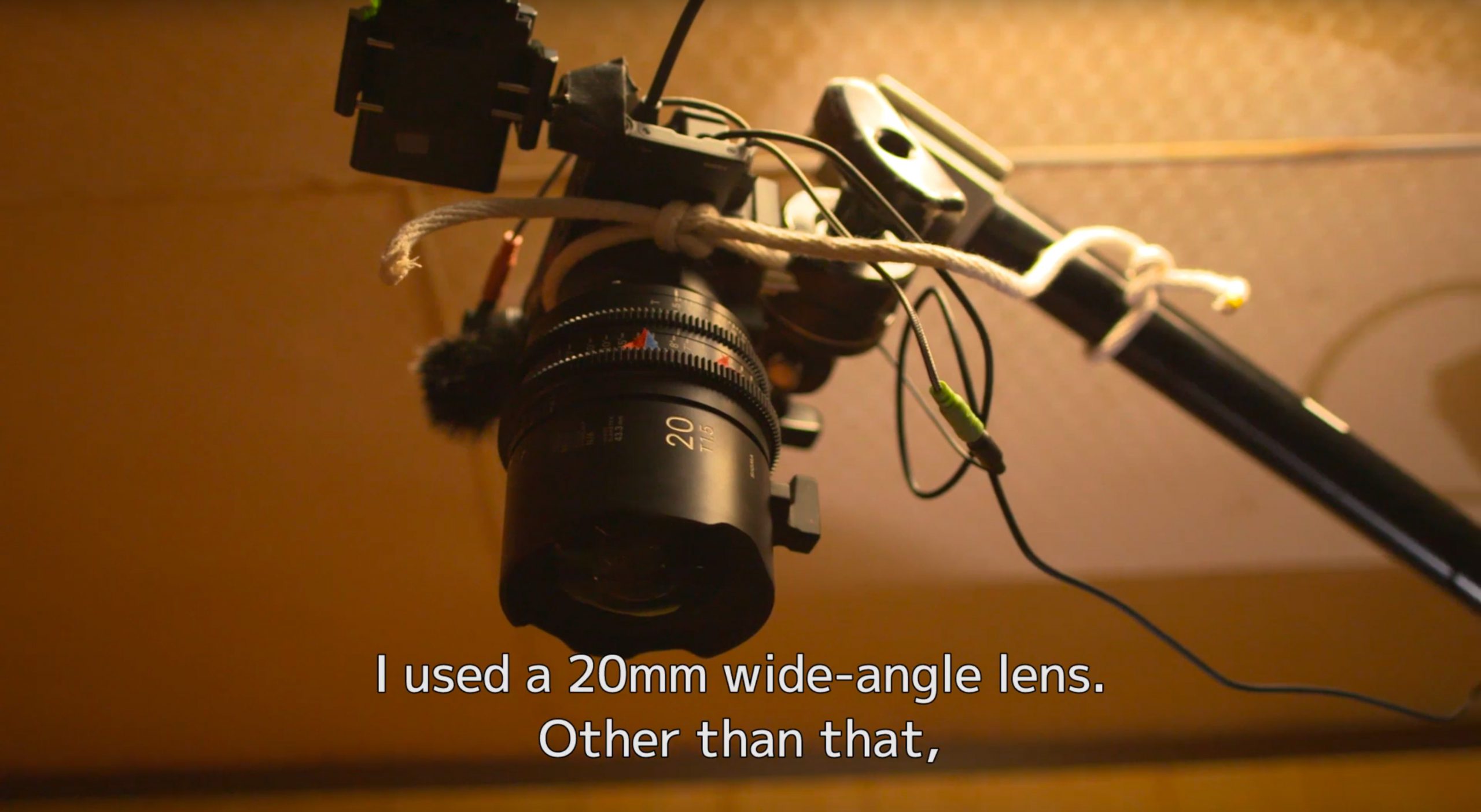 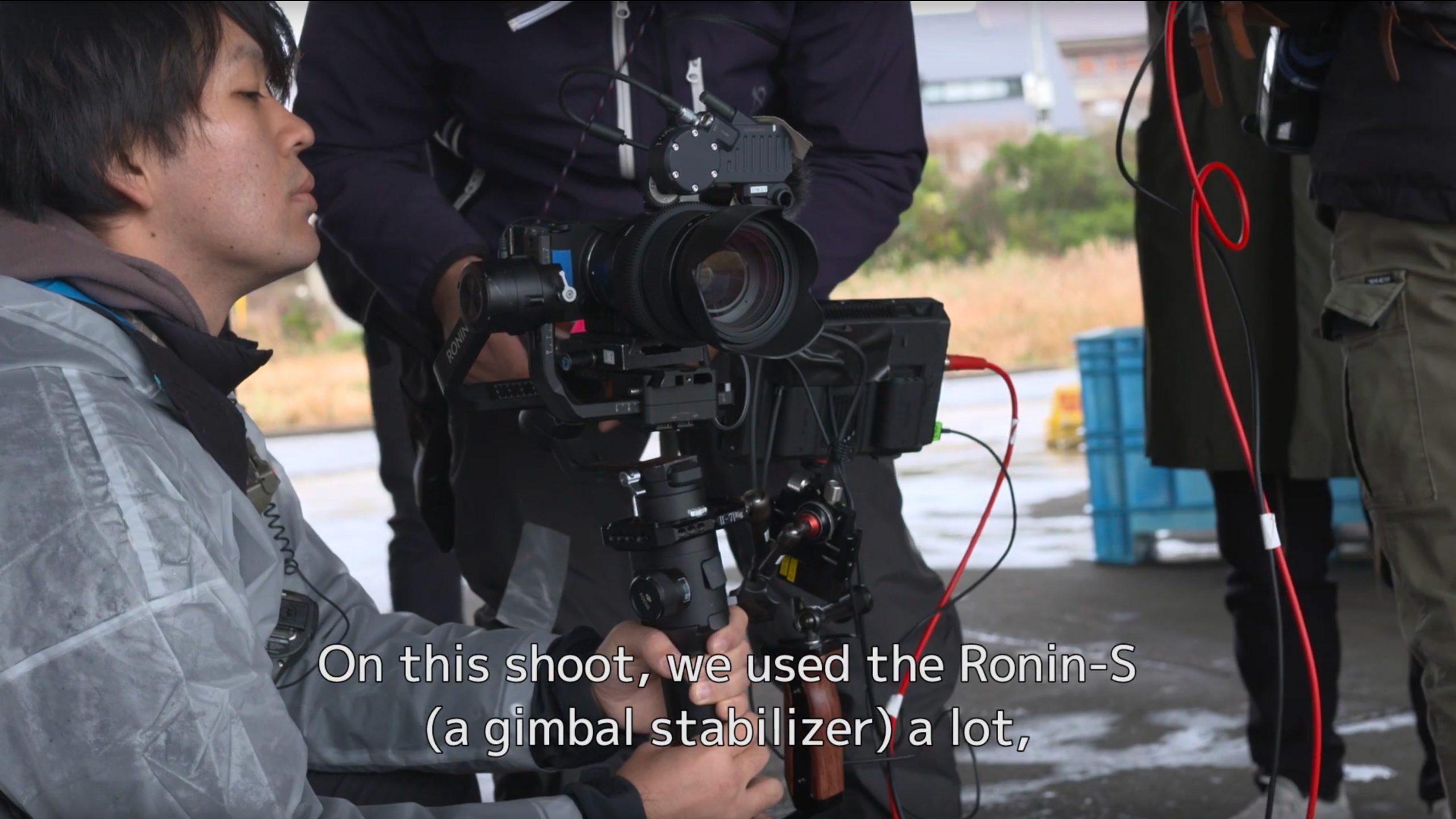 And yet even with a Sigma cinema lens on the front, the camera remains compact enough for the most intimate shots and gimbal sequences.

Anyway. I won’t signpost any more of the plot for you, it’s a beautiful story and I urge you to go and watch it now on YouTube. Just don’t pixel peep it because of the compression (and it seems to be 1080p only for now). The behind the scenes is also worth a watch, giving an insight into the rigs used and some behind the scenes footage. The Sigma fp features in very large ARRI-style rigs but also shot as minimally as the filmmaking technique calls for in that moment. That’s the most flexible thing about a small mirrorless camera, it’s like a chameleon.

34 minutes long, it feels like the first third of a feature length film and the ending leaves the story open to go further. “sin-sin” certainly has the pacing and cinematography of a full feature length movie.

I feel inspired to make something myself on the Sigma Fp.

The DP2 Merrill I found myself a few months ago on eBay and if there is ever a “classic digital” camera which will be remembered in the future, I think this will be one. Come to think, I should see if my Casio QV3500 with IBM Microdrive from back in 2000 still works, and reproduce some of my photos from back then, which had a ghostly look to them and experimented with very slow shutter speeds in low light.

I’ll be forever thankful for cameras like the Sigma Fp and Panasonic GH2, and even that first Casio.