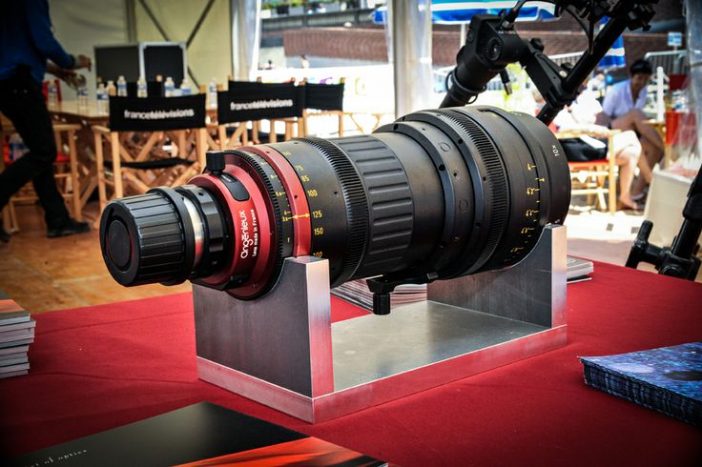 There will be two new products at NAB that pro videographers and especially wedding shooters, will be falling over themselves to pre-order.

What better lens to pair that with than the Fujifilm 5K1NT 24-35mm cinema lens at $250,000? A perfect match for your ANUS, this will resolve the all important 5K of the new camera, up from 4K.

Naturally, it takes a very special lens to resolve 8 megapixels in the cinema world. Until now only the $200,000 CAN I HAVE SOME OTUS 50mm from Zeiss has been capable of that… The game has completely changed now with the 5K 1 NT which resolves 10 megapixels.

The initial reception from video pros has been overwhelming and neither company expects to be able to make enough lenses for the 12 people stupid enough to buy them.

Happily, Blackmagic’s sole focus on pros means the money saved on tech support lines can be reinvested back into future products. No longer will the small Australian camera manufacturer suffer a stream of idiotic consumers calling up, such as those who bought the Pocket Cinema Camera by accident and a flood of 12 year olds every day asking “how to connect their camera to YouTube”.

“Pros are just much nicer to work with and they are a money cannon. They fire money at us like Johnny Depp scatters Hunter G. Thompson.”

If you are wondering what to spend your remaining 100 million dollars on however, there’s always a crane for your ANUS. The new Technocrane PROBE will take your ANUS so far up it’s never coming down again.

He says the margins must be very tight on the ANUS and there’s also a lot of hand labour involved back at the factory!

Meanwhile the sheer resolving power of the Fuji 5K1NT makes the individual zeros on Blackmagic’s new balance sheet visible from 10 centimetres away. Very impressive and previously only possible with a scientific sensor resolving 100 megapixels and half of them dead.

Are you also looking forward to NAB?

Have your say in the comments

Register for my newsletter.

Join the local tennis club with me

Join my Kickstarter campaign for a new ANUS

Check out my Scientific Lab Test of the completely rubbish and unusable Panasonic GH5!