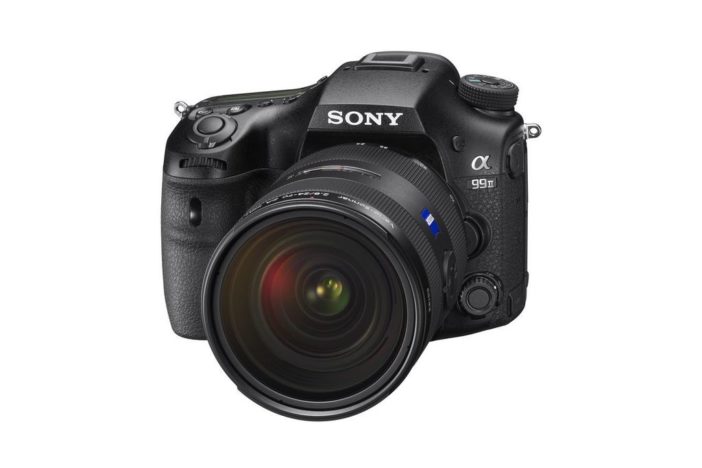 A bit of a bombshell this. Sony have just this second revealed a pro-level stills camera which maxes out the 42MP sensor last seen in the A7R II.

hey Sony! Me here! We need to talk about that mount! Yes the A-Mount. You’re trying to establish the E-mount right now with a ton of new lenses. That’s difficult enough… It makes NO sense that you keep the old one alive on your highest specced camera, indeed dangling the carrot of the most powerful 4K cameras of all time. behind the most unloved lens mount of all time. WHY!?

I have an A-mount 85mm F1.4 from Zeiss, it is truly great but the focus ring turns when the AF motors operate, I’ve nearly lost my fingers several times! Such a shame we can’t use the Zeiss Batis lenses with this camera.

The near-obsolete mount aside, the A99 II looks to be a true 1D X Mark II competitor, minus all the lovely EF lenses of course (no adapters on this one!)

The technology in this thing is truly astounding. Of course the specs all mean nothing if they haven’t improved the colour profiles and LOG – that remains to be seen.

Sony have equipped the A99 II with a new LSI processor to maximise the speed of the 42MP sensor, which produces a massive data load. Also impressive is the phase-detect AF system of the new camera, rivalling the pro bodies from Canon and Nikon. Unfortunately for video, the A-mount lenses aren’t very well optimised for continuous AF tracking, many of which have old-style loud focus motors in them.

Despite being a pro-level camera to compete with the 1D X II and Nikon D5, impressively the body has been downsized to A77 proportions. It is fully weather sealed and features a robust shutter good for more than 300,000 auctations.

Even more impressively Sony have resisted a Canon or Nikon high end price. The A99 II body only price is $3199.

The Super 35mm mode of the A7R II remains in the A99 II too, however using a Speed Booster won’t be possible, again due to the silly A-mount.

More details on this camera later.