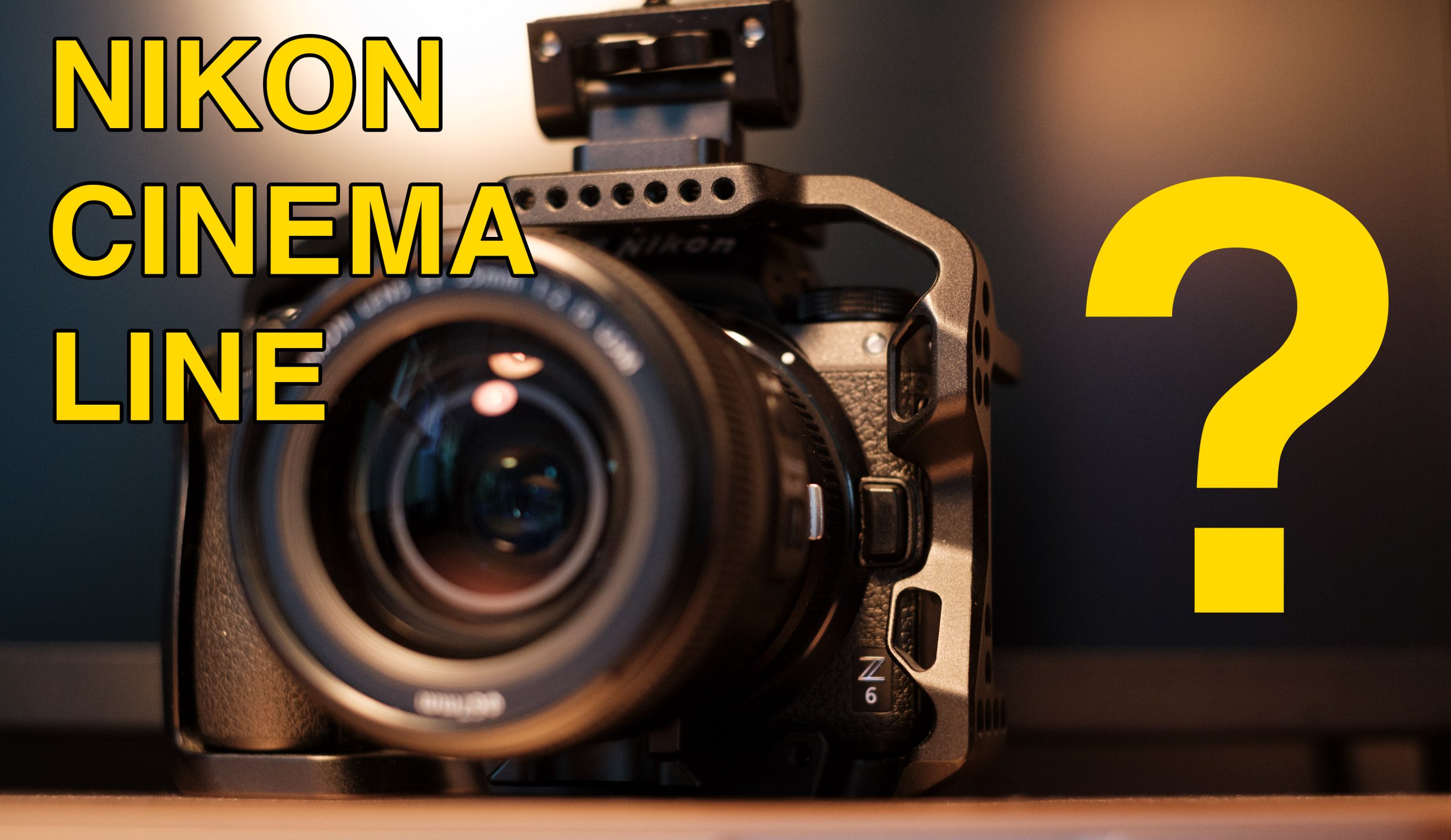 It’s been a bit of a trend for Nikon shooters to jump ship to Sony, Fuji and Panasonic in recent years. I even know a few myself. I am hearing rumours that Nikon might be about to finally wake up – to offer a broad range of filmmaking camera equipment (and lenses) for professionals.

Nikon has pushed 4K video on the Z series quite a bit but never quite stepped into higher-end video features. The 10bit internal codec and LOG is still missing, as Nikon made the questionable decision of enabling these via HDMI only. We got ProRes RAW as Nikon gauged the interest in it but oddly enough no full frame 4K/60p (it is still a crop) or 4K/120p. So the Z6 II or Z7 II are just not quite as all-round capable for video as rival models from Sony, Canon, Fuji or Panasonic, although in some cases the competition will cost you at least $1000 more (I’m thinking EOS R5, A7S III, S1H, and going even higher the GFX 100S).

So Canon has 8K and internal RAW, plus their mirrorless lens mount on a RED camera. Sony has the A7S III with video features not available on any other full frame mirrorless camera, Fuji has medium format and the very popular X-T4, while Panasonic has the S1H and GH5S).

What does Nikon have that stands out?

Looking back at older interviews with key Nikon people in Japan, in 2016 they said advanced video features were being held back in order not to confuse stills shooters. That remark hasn’t aged well! In later interviews, Nikon admit that they’re not in the broadcast industry “yet” but made no mention of being in the filmmaking and pro videography industry. What I am hearing from my source is that they are no longer thinking along the same lines. So many stills shooters get requests for video that it makes sense for them to invest in a separate cine camera and this opens up a new opportunity for Nikon to sell Z mount lenses for video, and even produce a new Cine range of lenses as well.

Quite a large chunk of the profit from any camera system is the lenses. Broadening Nikon’s range beyond just a few Z-series stills cameras would turbo charge the sale of optics. What about actual cine cameras though?

One of the reasons Nikon has taken so long to consider a cine camera line is that F-mount DSLR lenses are so unsuited for the purpose, with noisy AF motors and old fashioned manual focus mechanisms, which even turn the opposite way to a cine lens. Now that the entire Nikon lens range has been revamped for the digital era with Z-mount, quiet AF and fly by wire manual focus the lenses are technologically more suited to videography (although fly by wire manual focus isn’t ideal for cinematography).

My question for Nikon is this:

If you are going to enter the market how can you stand out against what’s already available from Sony, Canon and Panasonic?

CanSonyPana have mature cine camera ranges out there already. Sony with the FS series and a presence in Hollywood where they compete with RED and Arri. Canon with the Cinema EOS range (the highest end models rival RED) and Panasonic with the Varicam range and of course our much loved GH series.

In order for Nikon to stand out they can bring their optical expertise to the market and produce lenses especially designed for filmmaking and video. They have strengths in the colour science department, certainly versus Sony although Canon and RED are arguably even better.

The downside is: Nikon have no existing technology (outside of optics) that the other companies don’t have. They would have to start from scratch, select which part of the market to focus on and put a huge investment into it which is quite risky without any existing presence in the marketplace. Do Nikon choose high end cinema, professional broadcasting or pro videographers? Do they try to appeal to younger filmmakers, YouTubers, social media influencers and video enthusiasts? Do they try to cover all four areas of the market with multiple cameras right off the bat? It’s tricky to say which one would be most doable and most profitable without any history to draw from, other than very long ago from the Super 8 era and a few failed Coolpix camcorder experiments!

So if Nikon does not go ahead, we can still expect to see video keep improving on future Z cameras in a predictable way without ever quite becoming market leading, like I am sure the professional Z9 flagship will fill in a few gaps in the specs sheet but why would a Sony user sell all their E-mount lenses and buy the equivalents in Z-mount to use a Z9 or Z6 when it doesn’t do anything differently (or better) compared to the Sony A7S III?

Although my source claims otherwise, Nikon might be best off just calling it quits and not bothering!