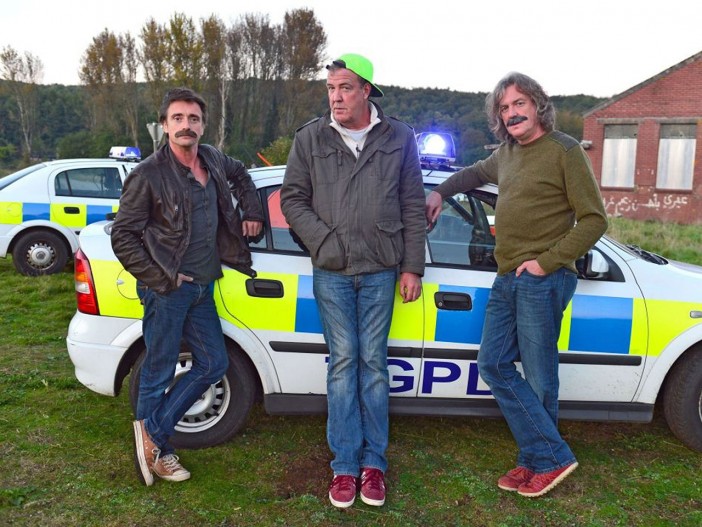 Let’s suppose you’ve got a TV show with 350 million worldwide viewers. It’s sold around the world for £50m. One of the most watched BBC shows in the world.

Do you decide to protect the content, sorting out disagreements behind closed doors or do you cave into a vocal minority and the press, taking it completely off air before launching a month-long investigation?

My advice to all filmmakers is the same as it is to the BBC. As soon as you begin pandering to your critics you’re finished.

I can’t respect the decision of the BBC to suspend Top Gear presenter Jeremy Clarkson.

Because the same BBC management already unintentionally backed themselves into this exact corner many months ago. They made the current situation inevitable. By doing so they endangered the whole franchise.

Last year they pandered to criticism of Clarkson by telling media regulators and the press that if he caused any further controversy however minor, he’d be suspended. It was an appeasement of the critics.

With this “catering fracas” therefore, the BBC had no choice but to suspend Clarkson and cancel the series over something petty, potentially bring about the end of one of their most successful franchises.

This is the way you run a school, not an international broadcaster.

In this latest incident Clarkson and a long-time producer on the show had a disagreement that allegedly ended in a fist fight. This was after a long days shooting in Yorkshire, on a pressure cooker of a TV show towards the end of a long run. Producer Oisin Tymon (above, left) had failed to book dinner for the cast and Clarkson lost it.

I don’t know how it is even possible to have a lack of food in Yorkshire. The place is heaving with it. Yorkshire puddings, black pudding, tarts, tea, crackers and even in some cases whole horses. Could they not have found a tea room, or an ice cream van, or even a Nandos?! If it wasn’t for eating, the North of England would have absolutely nothing to do.

But if you think the inability to find dinner in Yorkshire is incompetent wait until you see what the BBC did next.

They allowed a petty hungry brawl between friends to overspill into impacting their audience.

In an effort to be transparent and impartial the BBC and other companies have opened their doors to any life-form on earth who happens to be offended by any-thing.

This is creating a culture in the TV and film industry which is anti-creativity and anti-risk but most damagingly it’s anti-personality.

You can’t joke as an exaggerated version of yourself on Top Gear about a Ferrari Speciale looking a bit “Speciale Needs”. You can’t even joke about truck drivers supposably having a daily routine of changing gear, stopping for fuel and murdering a prostitute. Nothing this edgy will not prompt heavy criticism in the public domain.

Most of the critics of Top Gear have a really difficult time telling apart the fictional TV show with reality. This isn’t because they’re insane. It’s mostly because the vast majority of them admit to not even watching the show, but nevertheless they feel qualified to criticise it anyway. Top Gear is a mix of acting, spontaneous improvisation and factual television show. The critics mostly see it as a factual TV show, which is wrong.

Time to shut up

Clarkson’s joke on Top Gear about a Ferrari “Speciale Needs” by the way, generated just 2 formal complaints to broadcast regulator Ofcom from a weekly worldwide audience of 350 million. But unbelievably that was enough to prompt a national investigation into the program and reams of negative press coverage, not least of all on the BBC News itself, who never miss a good opportunity to vigorously stab themselves in the face.

Indeed, the BBC have lost innumerable amounts of talent over the last decade because they take a school playground approach to managing artistic temperaments and strong personalities.

As a result we are left with a sea of bland presenters, with boring middle-class voices and safe perspectives.

It’s almost as if the audience and vocal minorities are now more powerful than the great establishments and institutions themselves, which frankly are more important than you or I. These dull minorities of complainers and campaigners have nothing to offer the world, certainly no joy, fun or entertainment, but the BBC now has to indulge them.

The BBC also has to be politically impartial and provide balance to every argument. In doing so they give reams of air time to vocal minorities, some of them potentially racist organisations like the UK Independence Party.

By a similar token, another minority in the world, number one complainers about Western civilisation ISIS have found their ideal PR agency in the form of the Western media. A massive recruitment tool – which is why 3 British schoolgirls recently went to Syria, likely to end up dead.

On the one hand there are some very important voices of complaint who deserve to be heard, in particular the victims of Jimmy Saville, the disgraced (and dead) BBC presenter. However the problem as I see it, is that in opening up broadcasters so transparently to the detractors, they risk being tarnished as a collective entity by the misdeeds of a single person or incident, which isn’t sustainable.

On the one hand the BBC will tell you that no single presenter, in the case of Clarkson, is bigger than the organisation. On the other hand they will say that when something goes wrong with that single entity, the collective organisation must be held responsible. So clearly in that regard, Clarkson is at least as big as the BBC. Certainly Saville appeared so.

It’s not just the BBC falling into this trap.

Large companies and even the government are opening themselves up to innumerable campaigns that will see them crumble into the dust collectively due to the actions of a tiny part of the organisation.

The bank HSBC are the latest victims, though I have minimal sympathy for any bank, most people who work there are largely just doing their jobs the best they can and don’t deserve to be tarnished. Of course misdemeanours and crimes should not go unnoticed, but why rip apart an entire broadcaster, an entire film company, an entire hospital, or even an entire bank over an internal problem that should actually be dealt with in private?

On a smaller scale this has already been proven – we could see a minor catering fracas wipe out an entire BBC franchise.

I believe that dealing with scandals in public is far less effective than doing it in private. All this dirty laundry is now in the public domain and it shouldn’t be. Why? Because inquiries become politicised and court cases get prejudiced by the press and a whirlwind of social media commentary. People simply cannot shut up.

We should be better protecting our valuable institutions from the deafening noise and stone-throwing and make the complaints specifically between the individual who did the deed and the victim.

In the case of Top Gear, that’s a private matter between a single producer and Jeremy Clarkson.

Giving people something to laugh at and bringing some fun onto the screen is where Top Gear’s remit should end, but management everywhere now have ideas way beyond their station.

Apparently, if you’re making a magazine show about high performance cars, you have to cure global warming too. If you run a sport called Formula One for 40 years, suddenly you need to put eco friendly engines in the cars. If you produce a long-running comedy panel show or quiz, now you need to equally balance the number of male and female guests in every episode to reflect society itself. If you produce a program about politics you need to give as much air time to racist skinhead candidates as you do to the prime minster. It’s all for the sake of ‘balance’ and ‘impartiality’ and ‘curing society of all its ills’. Strangely, I thought it was just entertainment.

It seems middle-management pursue a moral crusade and a message in every single piece of content in our homes.

I just want to have fun.

In the past it wasn’t like this. Should Seinfeld have had a cast dictated by skin colour or their suitability as character-types to fit the content? As Jerry Seinfeld and Larry David would be the first to admit were no regular black people on the sitcom and in the 90’s apparently this wasn’t a problem, because it was light entertainment and not a moral crusade.

So where do we draw the line with this offence culture the middle classes have created? Nothing is raw any more.

What about Freudian slips? This week at the Cheltenham races in the UK, BBC radio presenter John Inverdale trotted out the old cliche “isn’t that just seeing it through rose tinted glasses” with a rather more x-rated version “cu*t tinted glasses”.

Rather than laugh it off as a slip of the tongue, you could feel the panic and the fear building; a humourless atmosphere of blame soon to be apportioned; a potentially career ending scenario. Nobody creative wants to be part of that.

We have to enjoy ourselves and not be scared to say the wrong thing occasionally, or to occasionally offend.

And if you’re offended by this article, go away.