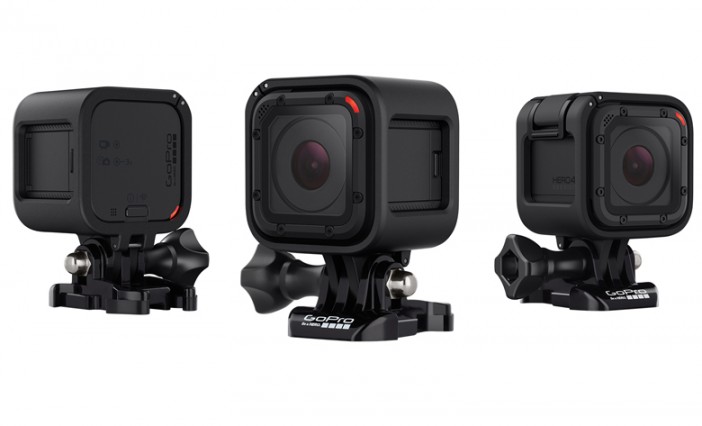 In a surprise move GoPro have released a new even smaller camera which removes the display panel and newer 4K capable sensor from the top of the line version, halving the size and weight of the device.

If the standard GoPro cameras were just too heavy and bulky for you, now you have a solution! The new camera is an absolutely tiny cube which would be great as part of an array camera or 3D rig. The lenses can be stacked or paired up practically side by side.

The new camera does not have a display of any sort not even the black and white info LCD from the standard cameras. Therefore the camera’s power button takes on a few more functions. A single press powers on the camera and begins video recording. A long press powers on and starts 8MP time-lapse stills recording.

The waterproof case is built into the camera this time and isn’t a removable shell.