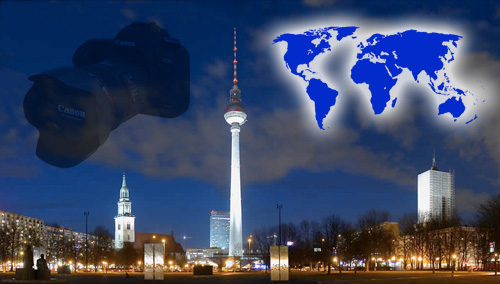 I’ve been collecting site stats since the start of 2010 on Google Analytics and it is quite interesting where the big interest in HDSLR video is coming from, at least on my radar.

Leading the way is the US, the majority coming from California and New York – not the biggest surprise! This is filmmaking central. More of a surprise were that Germany – home of the best lenses in the world, and the best beer – managed to achieve 2nd place, ahead of the UK despite this being a native English speaking site. France too has a good showing at le nombre 5. I’ve been working in Taiwan since December last year and so Taiwan’s 6th place is a bit of a statistical anomaly (no it isn’t because I’ve been hitting refresh!!) but there is indeed a growing and exciting filmmaking community here.

Japan has always been a camera-orientated country. They also produce some handy filmmakers, I love Japanese cinema. Hong Kong too has a good filmmaking community. Hong Kong’s culture is heavily influence by the West due to being an ex-British colony.

If there were going to be a smaller European country breaking into the top 10 I wouldn’t have expected it to be Sweden! Great to see that, but very unexpected.

I plan to return to my home country, England next month before heading out to Berlin.

What do you think about the lay of the land in filmmaking?

Is Germany as good a place to shoot as LA? Where do you make a living outside of the US?
Any filmmaking / HDSLR hotspots that I’ve missed on my list?

And where the hell is Australia? I had expected the ozzies and New Zealand to be right up there.