Magic Lantern have hacked the Canon M50 today, in a surprise move, since it was previously thought Canon had blocked the M50 from loading any scripts.

For the first time there is also the option for a screen-saver that activates automatically during a shoot if the client spends too long trying to change the shot.

Instead of a Wifi button, the camera has been patched to communicate directly with the internet via a built-in Huawei modem for added security.

The Huawei modem chip was apparently unused by Canon in firmware, because the engineers forgot.

Along with that extensive range of additions, there are things Canon would never add – such as a “Common Sense 2.0” mode. This enables another previously dormant chip on the motherboard, which rearranges the entire camera menus so that they actually make sense. There is also a “Sony Logic 2.0” mode which jumbles the menus into an indecipherable mess.

There is a “Canon Shooter Preferences” mode, which cripples the camera so badly that the spec sheet reads 1 megapixel, 2 stops dynamic range and 360p video. When this mode is enabled for the first time, a DPReview forum post is generated automatically by the M50’s Huawei modem claiming that “ergonomics and colour are more important than specs”. 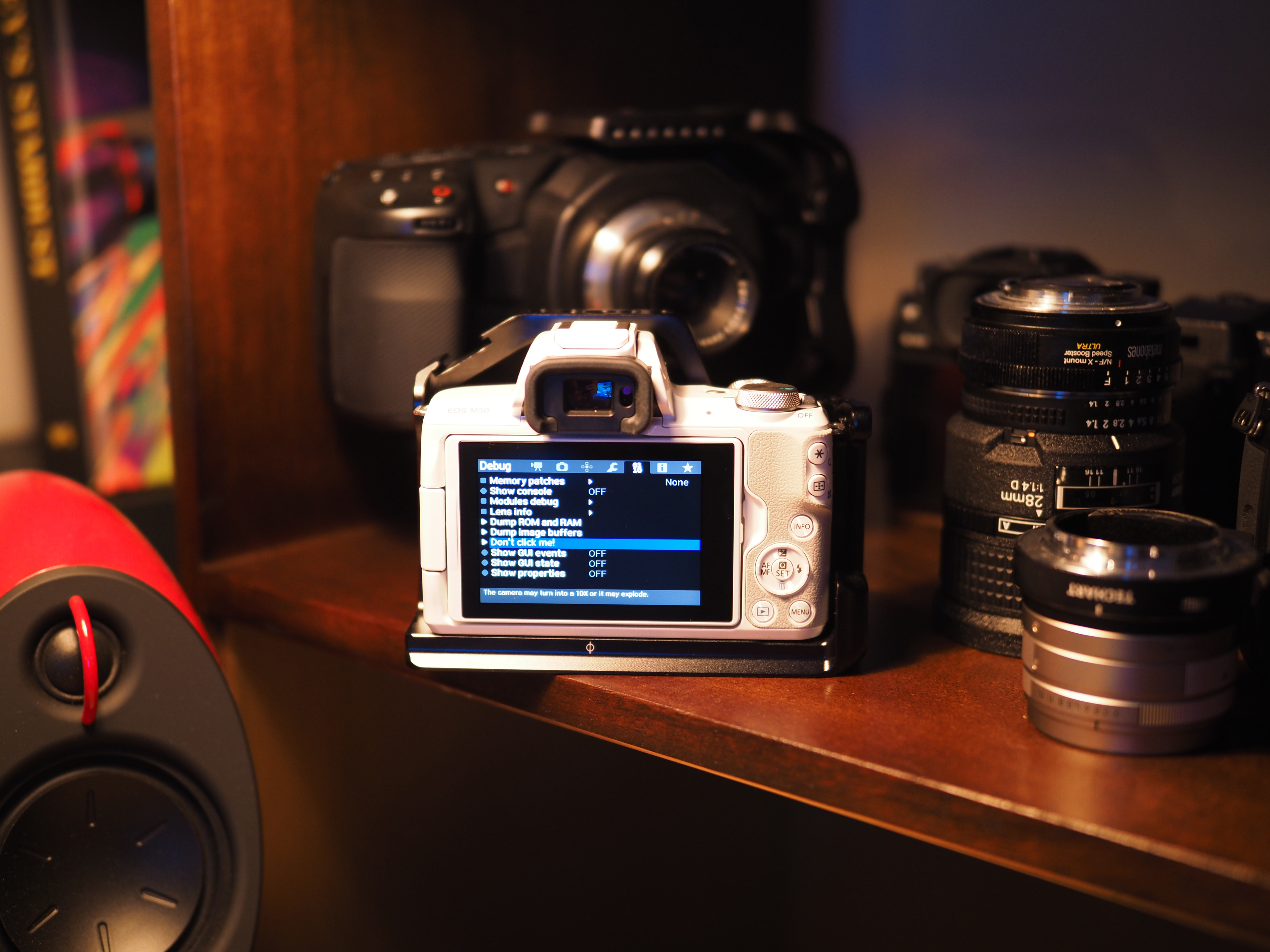 More “smart connected features” include an Instagram link in the menus, so that influencers can share their content directly with advertising agencies so the rest of us don’t have to waste our time.

Excitingly, a new colour profile “Crap-LOG” is enabled but only in 720p and without Dual Pixel AF. Unfortunately despite adding all of the above, Magic Lantern were unable to find a way to reduce the crop in 4K mode, with earlier efforts resulting in large scorch marks on Magic Lantern’s desk.

The camera now has an error reporting mode that detects when a bug is inside the circuit board and calls pest control.

There is now an anti-crash mode that can be enabled in the event of complete deadlock and incompetence, which speed-dials the Queen so she can intervene.

As you can see from the video above, the new A.I driven menus feature a virtual holographic finger, that appears as if it’s hovering above the screen, something thus far not mentioned in the FStoppers article misunderstanding how Magic Lantern works. A holographic finger has been a standard part of Canon’s 3D screen technology even since the Japanese company bought the remnants of a failed smartphone project called “Hydrogen”.