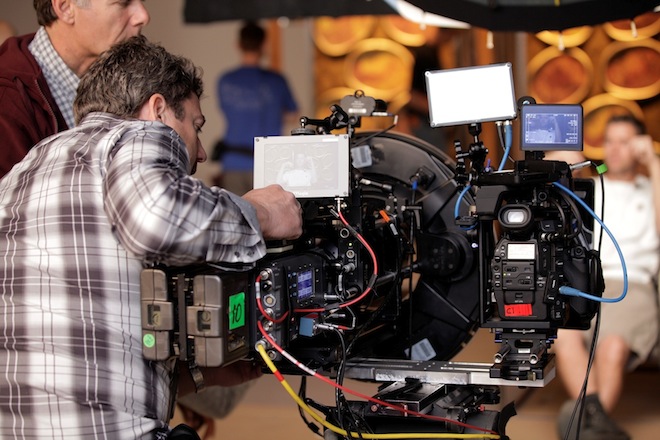 How is this for a camera test to end them all? Shane Hurlbut was asked to shoot a trailer for Game of Thrones and he took along a couple of C300s to use as C & D cameras to the Alexa A & B. How do they compare?

I won’t spoil all the results here so check out Shane Hurlbut’s blog here for the videos and split screen frame grabs. Needless to say the C300 stands up well.

The C300 (and by extension the GH2 which is competitive for broadcast quality 1080p with the hack) requires less work in post, has more accurate colours out of the box and a much smaller form factor.

The Alexa’s image has a more cinematic DNA and the C300 is more punchy, more HD (I’d suggest using anamorphic lenses for it to add some cinema DNA).

In terms of resolving power and detail the cameras are actually very similar.

The big story here is just how mind-blowingly good mass produced low cost technology is getting. The massive investment in CMOS by Canon, Panasonic and Sony, huge volumes, consumer demand – all goes to create a relatively low cost monster that produces footage which can be intercut with a $75,000 movie camera – the best of the breed. The C300 is a viable option for prime time TV like Game of Thrones at a fraction of the cost of the Alexa. 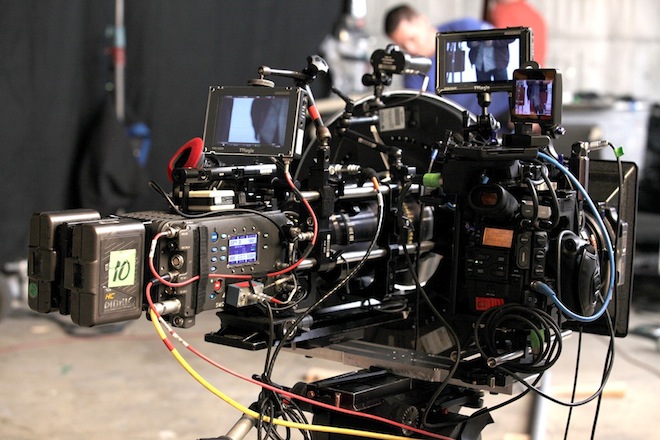 In terms of the image straight out of the box it is very interesting to compare (and to compare on image alone) the $600 GH2 with latest hacks and the C300 because they actually produce a similar image. I actually know of a filmmaker in London, Adam Barton who recently shot with both. He told me the C300’s image did nothing to make him question the GH2 and that he even preferred the GH2’s image most of the time. This shouldn’t happen. It is like a gap in time / space has opened.

This kind of thing happened in the music industry where previously unachievable really high end production values suddenly found themselves in the domain of bedroom studio assembled for a pittance around a laptop.

If you need a more filmic handling of highlights, more dynamic range, more detail in the shadows, creamier skin tones, 12 bit colour, 4:4:4 sampling and all of the cinema DNA that puts into your images then the Alexa of course is $75,000 for a very good reason.

However that a $600 GH2, $16,000 C300 and $75,000 Alexa can be INTERCUT with one another and use the same lenses, just boggles the mind. 1080p acquisition is such a level playing field image quality wise. We can even now do 240fps super slow mo with the $8000 Sony FS700 which is a viable alternative to the Phantom camera. Phantom is $1800 to rent PER DAY and by the time the week is up you could have bought outright the FS700 and got nip and tuck the same end result, probably a better one considering the superior low light performance of the Sony. Once again this is truly mind boggling value for money for such high production values (in terms of the technology).

I want to point out that the C300 cut together well with the Alexa. I love where this new technology is taking us. But a word to the wise. There are many exciting new products coming out this year, but you don’t need to jump early.

As well as a 4K EOS DSLR from Canon I’m hearing that Panasonic are to release some new AVC-Ultra based cameras at NAB. This is an updated AVC spec with things like 4:4:4, 10 bit colour and 4K. If Panasonic offer the same kind of value in their higher end stuff as they do in the GH2 then Arri is going to have even more competition.