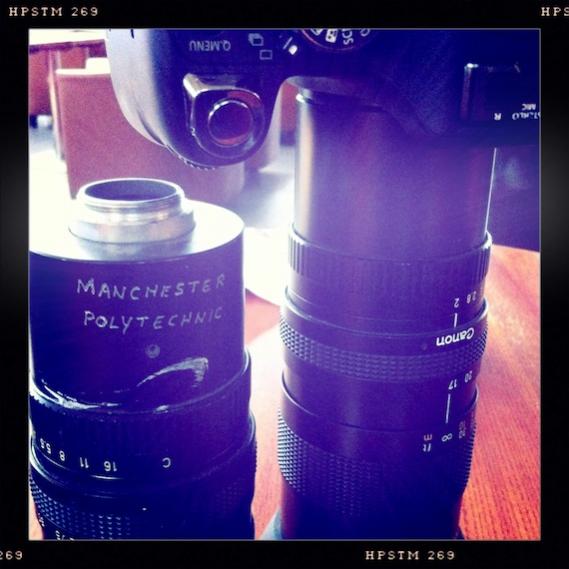 I recently walked into an old junk store in Manchester (UK) and they had a bundle of CCTV equipment on a shelf. They also had some old c-mount TV lenses from Canon, two identical zooms.

Usually zoom c-mount lenses vignette on the Panasonic GH1 and this does too – but remarkably, much more of the frame is covered than usual. What you see here are some actual full-frame GH1 shots from a 17-102MM F2 (constant) lens that cost £10 / $16. 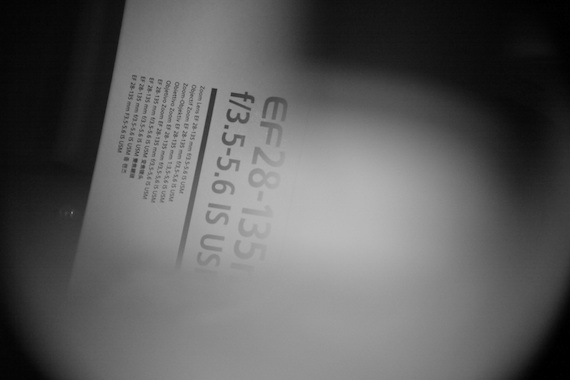 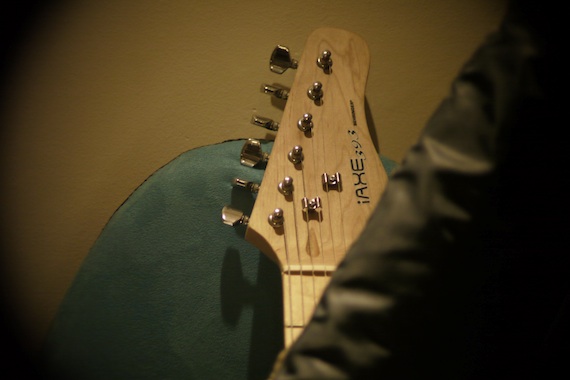 What I love about c-mount lenses in a nutshell is captured beautifully by Seb Farges on the GH1 with a fast 25mm F0.95 Angenieux lens.

Although the vintage c-mount lenses with which Seb made his footage above are now very costly and rare, there are still some absolute gems to be discovered. These Canon lenses are designed to fit very old ENG TV cameras, but they are great lenses. Relatively sharp wide open and F2 all the way from 17mm to 102MM.

What Vitaliy Keslev, the Panasonic GH1 hacker really needs to give us now is the ability to slightly crop the GH1’s video mode, giving us a centre crop of the sensor to avoid vignetting on lenses like these. To get rid of the vignette on these Canon lenses I have to manually crop the full HD resolution down to about 1800×850 in Final Cut Pro which is a really weird format!

If Vitaliy could recalibrate the firmware so that the edges of the sensor output could be ignored and resolution still scaled to 1920×1080 on the Panasonic GH1, it would make many c-mount owners very happy. 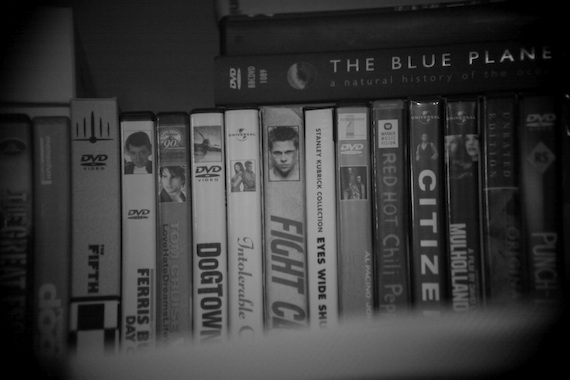 The lenses are also great investments, because Nikon’s mirrorless DSLR is expected to feature a 16mm sized sensor – smaller than Micro 4/3rds but perfect for all the 16mm c-mount cine lenses around! There is also RED’s 2/3 scarlet if it ever gets finished.

My Canon TV lens does appear to focus to infinity (if slightly beyond!) unlike many c-mount lenses which have issues with that. There are some really nice lenses about with this infinity focus problem unfortunately. That limits them to portrait shots or macro only. But not this Canon thankfully. 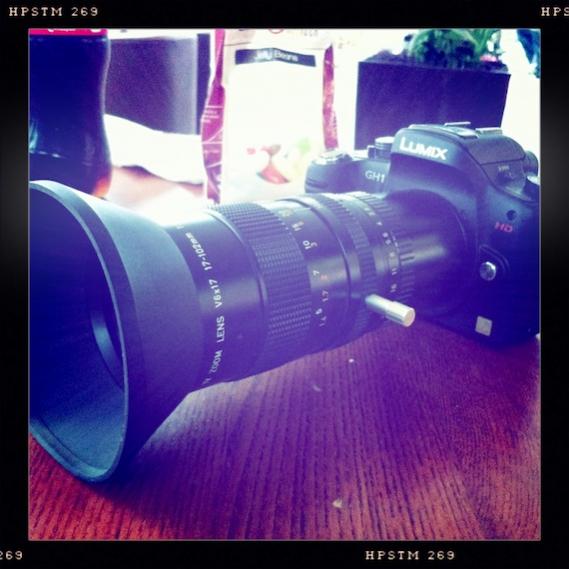 They have crazy bokeh. Not sure if I like it yet! The spring mounted zoom mechanism inside the lens even shows up at the edge of the bokeh. On a smaller sensor this wouldn’t normally be visible. The lens gives a very shallow depth of field however, which makes up for the odd bokeh somewhat. 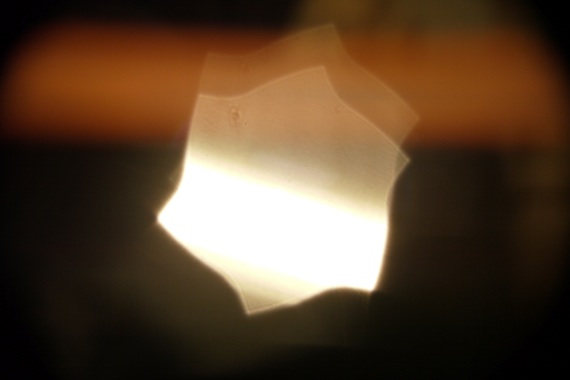 In part 2 I will shoot some footage with the Canon 17-102MM F2 TV lens and see what it can do. I also have a very nice Cooke d-mount lens, which is designed for 8mm cameras!! It has a very severe vignette but works wonders as a super-macro lens on the GH1.