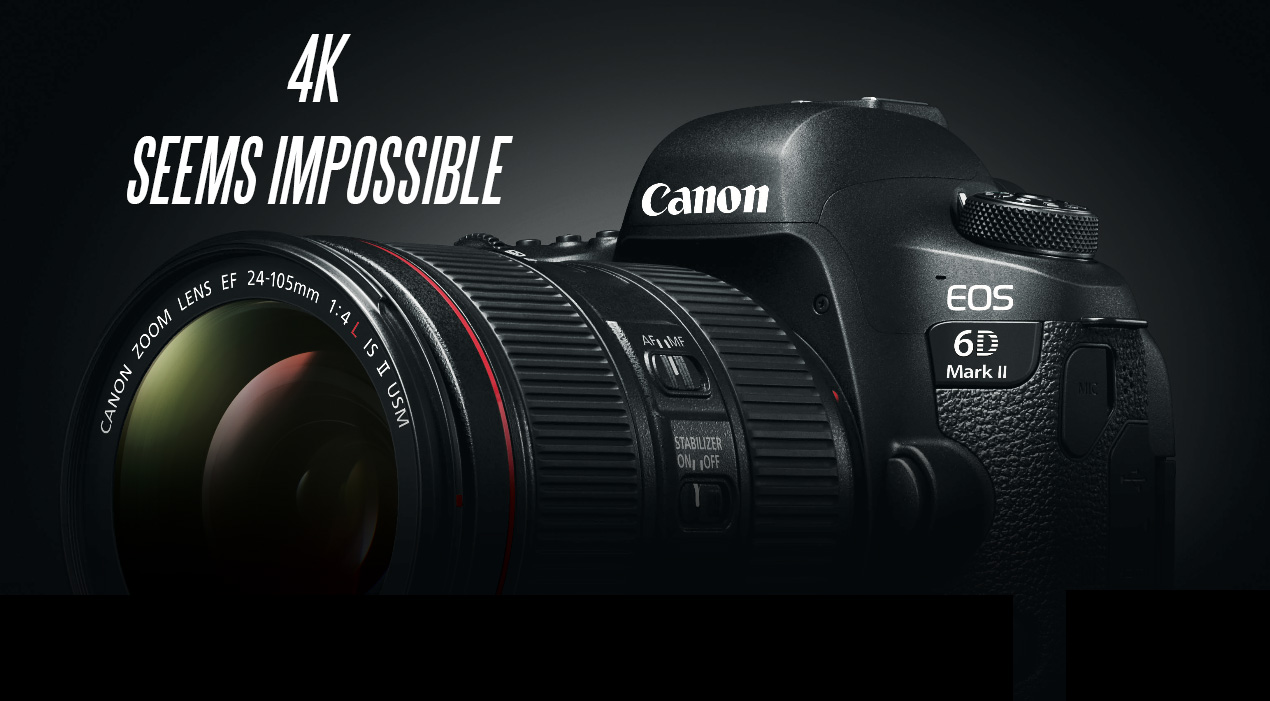 Canon have been acting like they are removing features because it’s funny.

The 5D Mk IV left a lot to be desired for video. Canon did reach out to me, gave me a loan of the camera, I began to review it but fell asleep and never completed it. With this camera, which bored me to tears, Canon Japan were playing their usual game of slicing and dicing the market so that pros would not want to buy anything other than a C200 for 4K, or a 1D X Mark II for stills.

I get that the pro market is very important for Canon. I just wish they’d find a more imaginative way to segment it.

Now the 6D Mk II is a victim, left looking like a shambles with not even proper 1080p, let alone 4K.

Why put such a great technology for video as Dual Pixel AF on it and then not target video users?

No Canon LOG, no 4K, no high bitrate codec, no 4K HDMI output, no full pixel readout, no new video features to speak of. But then the 1D X Mark II doesn’t even have Canon LOG. The 5D Mk IV does though. Somebody tell me the sense in that.

Now I’ve always had the impression Canon were doing this on purpose. Why else would they fix moire and aliasing on the 5D Mark III but then unfix it on the 1D X Mark II 5 years later and double the price? There’s more moire on that camera’s 1080p output than there is on the 5D Mark III and original 1D X. 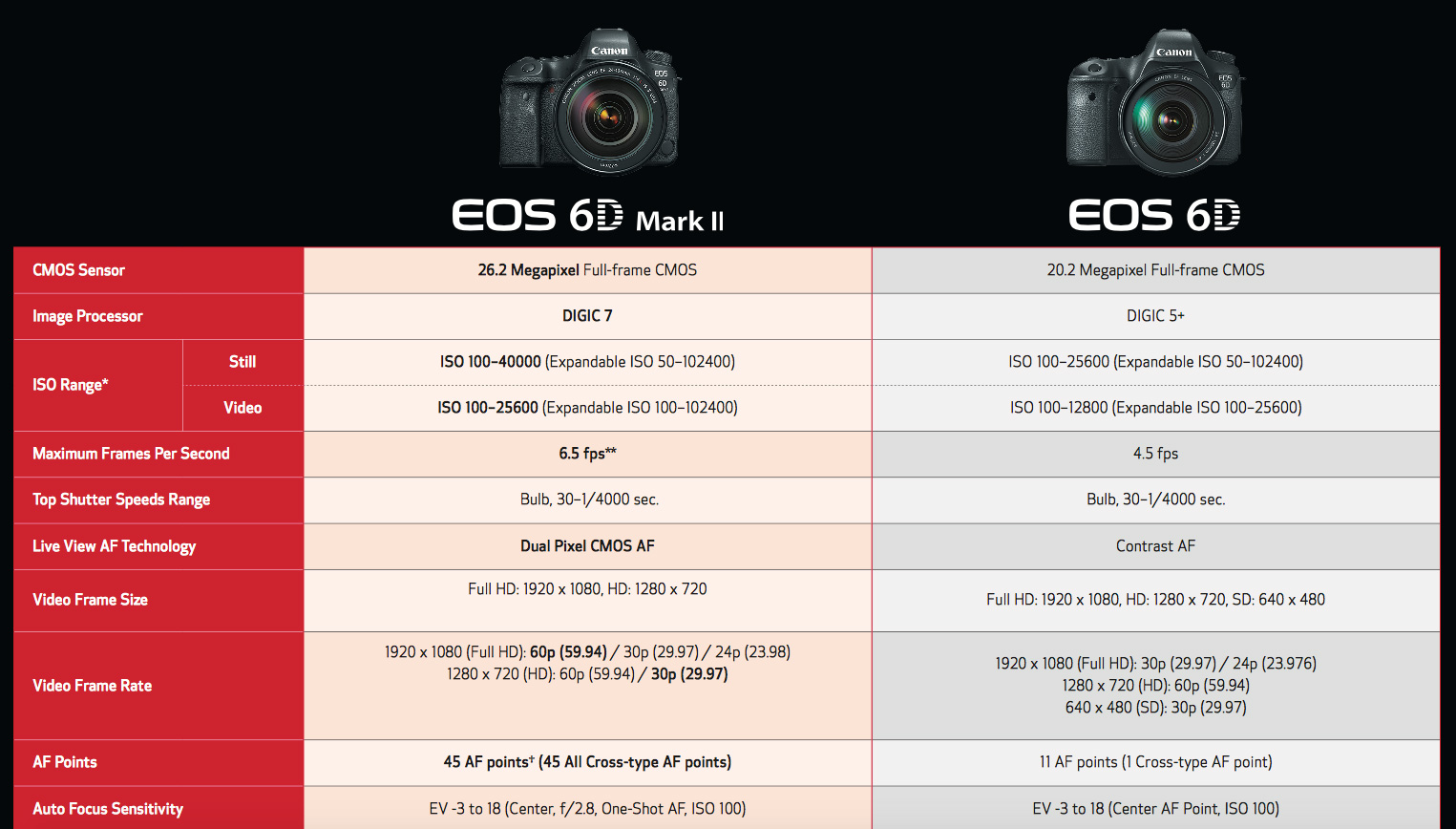 Canon have removed the ALL-I codec options of the original camera and stripped it of the higher bitrates.

The maximum bitrate for 1080/24p is a piffling 30Mbit and 1080/60p makes do with 60MBit, just 1Mbit allocated per frame. How strange that the debut of DIGIC 7 front-end LSI (many more times powerful than the predecessor found in the 5D Mark IV) should be with video specs that are in many ways beaten by 2012’s DIGIC 5. The 6D Mark II does in fact have a 4K MJPEG codec at 500Mbit/s like the 5D Mark IV, 1D C and 1D X Mark II but it’s only used for the stills-powered 4K timelapse mode.

I wouldn’t hold out too much hope for Nikon-beating 1080p on the 6D Mark II as the first reviews reveal it to be a moire and aliasing train wreak and soft. 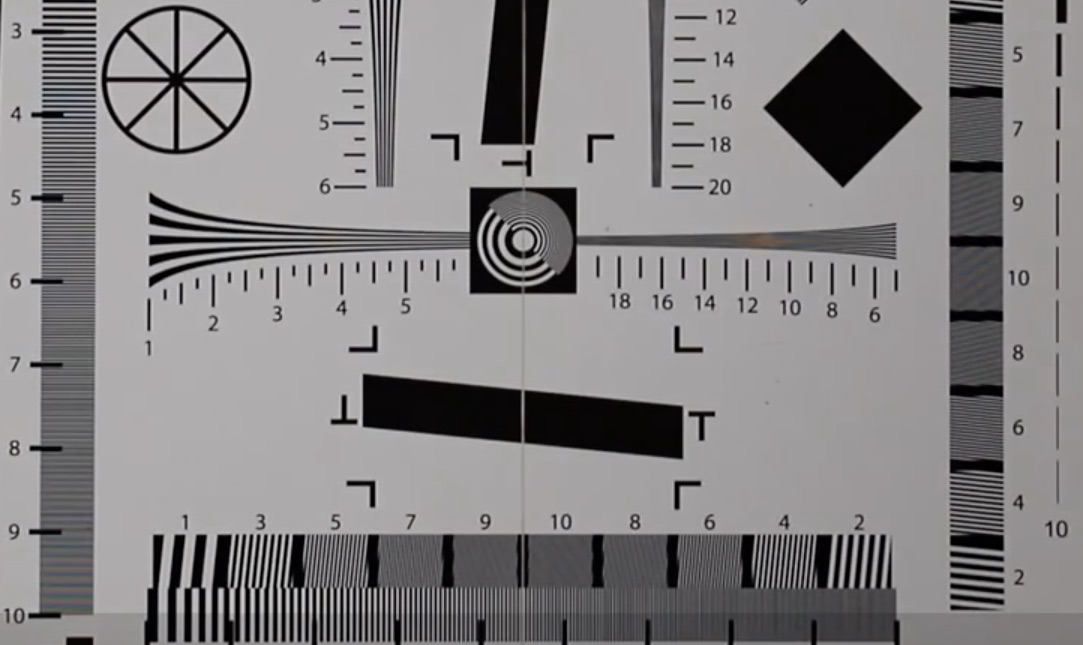 I have to question why you the customers are letting this happen. Canon do listen, they are not existing in a bubble. Clearly their customers are telling them that “video features don’t matter, we want the same camera as 5 years ago with a touch screen”. Obviously somewhere in the feedback chain is a bunch of enthusiasts saying “give us less!”.

I don’t even see how the ‘progress’ we’re seeing justifies their R&D headcount. Their best engineers must be leaving left-right-and-centre for other firms.

As a company, Canon have always been a popular choice for videographers, so I just cannot understand why they keep holding back. This camera is not a threat to their Cinema EOS line or higher profit margins from pro gear. It’s a simple fact of life that there are people to whom spending $8000 on a 4K Cinema EOS camera is just not an option, but buying a nice 4K shooting 6D Mark II is… even though I wouldn’t exactly call $2000 “entry level” as Canon does (“Entry level full frame camera!”) 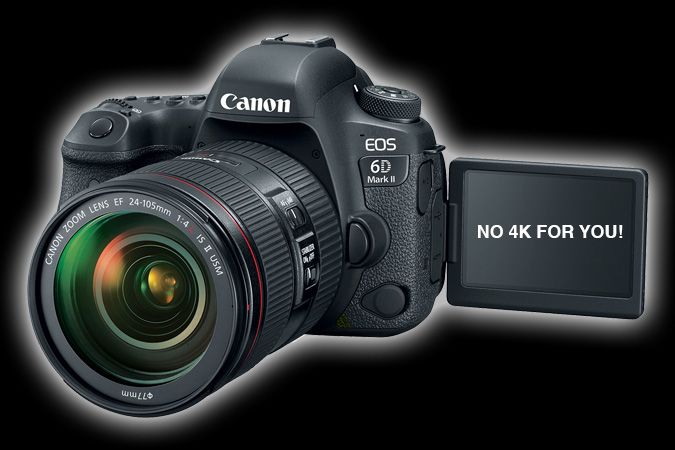 As purely a photo camera, the Canon 6D Mark II has the ergonomics of an 80D in a slightly larger body, the same style of articulated screen, which is a first for a full frame Canon DSLR… And it has taken until 2017 for them to give us one. There must be a lot of sore backs out there.

Sadly that’s where the good news ends, because it has fewer AF points than the 5D Mark IV, no dual card slots, no AF joystick, a lower megapixel count, no maximum 1/8000 shutter speed and a worse quality screen which isn’t as anti-reflective. Yes of course it’s the cheaper camera and it does at least have Dual Pixel AF, but again the arbitrary crippling we’re so used to as video guys, swings both ways doesn’t it? I think there will be just as many photographers having the same discussions as videographers about why Canon crippled this or that.

Now let’s play devil’s advocate. The original 6D was an extremely popular camera, and assuming you’re a very casual video shooter but a much more regular photo user, with minimal technical knowledge of video, you know like a normal customer, I am sure the 6D Mark II looks like an attractive upgrade for that articulated screen and Dual Pixel AF alone. For a long time you haven’t had the best live-view experience with a Canon full frame camera whilst your mate with a 70D has had an articulated screen and great autofocus on it for 4 years. That source of pain is fixed. Canon users love their lenses, love the colour these cameras produce, find the low light performance staggering and the 6D Mark II will maintain this tradition at the same time as bumping the megapixel count up from 20MP to 26MP and increasing the number of AF points to 45. The 6.5fps burst rate is mediocre but then easily enough for the majority of people who will buy it… and to top it all off, you’re saving $1500 by not getting a 5D Mark IV, not that one was particularly affordable, so you held out for the 6D Mark II and are glad of it.

Canon avoid the ergonomic mistakes of their competitors, with superb body designs, control layouts, menus and responsive behaviour. They have the most popular lens range in existence. Yes I can see why Canon continues to lead the sales charge over everybody else.

All the more disappointing for us video users… because with just the addition of just two features – full frame 4K in 150Mbit H.264 and Canon LOG – it would have been a must-buy for us all.