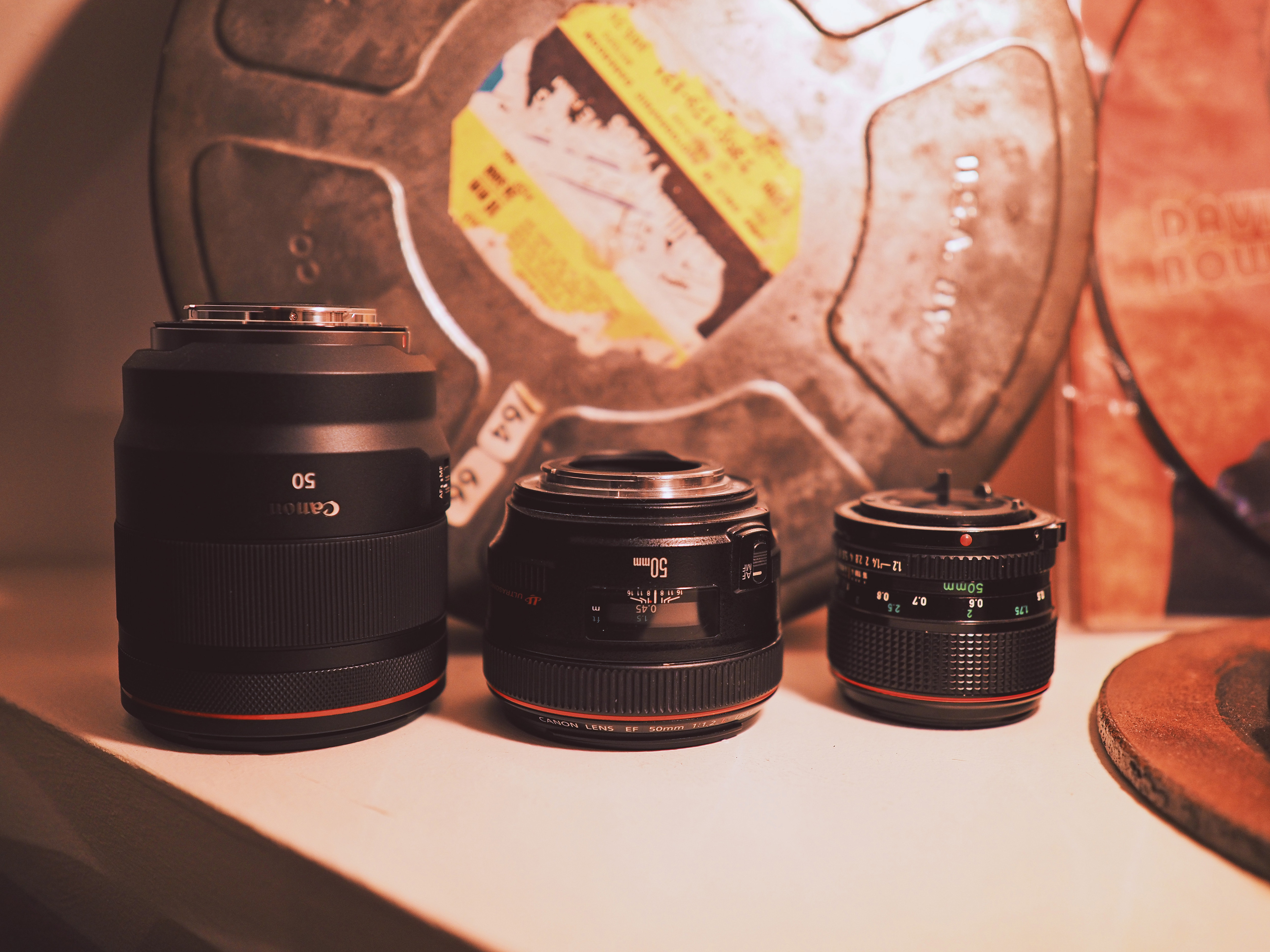 Native lenses for mirrorless cameras offer all sorts of advantages. They can be smaller.

They can be video optimised with internal autofocus.

Canon themselves said recently: “With the move to mirrorless the aim is to optimise the space where the mirror box used to be – that was what we were looking at. This allows us to make the lenses smaller and also to raise the optical quality.”

So how’s it going making the lenses smaller?

If you imagine at the Canon factory they have a range of levers to prioritise. When it came to planning his lens, the man on the optical quality lever pushed fully forward. The man on the price lever wrenched it as far forward as it could go. The man on the size lever was drunk with his entire body slumped on the lever. The man on the video autofocus lever was absent in entirety, the factory sign-in book empty for months, indeed the Japanese police think he may have been abducted by the Yakuza.

The optical formula is geared towards no compromise, and size is exaggerated to assist in that. I expect knowing Canon it is also exaggerated to provide a clear differentiation on the market between this lens and a future compact range at smaller apertures such as F1.8.

Optically the 50mm F1.2L is the best performing 50mm I’ve ever used and the sharpness at F1.2 will blow your mind.

Autofocus is fine in stills mode.

When it comes to video it’s not worth getting. The lens doesn’t feature internally focussing elements or Nano USM technology, which is surprising for a high-end mirrorless lens. I suspect the focussing glass is too heavy to move like this and so a large external front optic grinds up and down making a noise within the external housing. You can even feel the vibration through the housing and feel the weight shift forth and back, quite distracting when it does so quickly to track a subject in video mode. At least the front filter thread doesn’t move and extends out in front of the glass but let anyone tell you that because of this, it’s an “internal” focussing lens!! 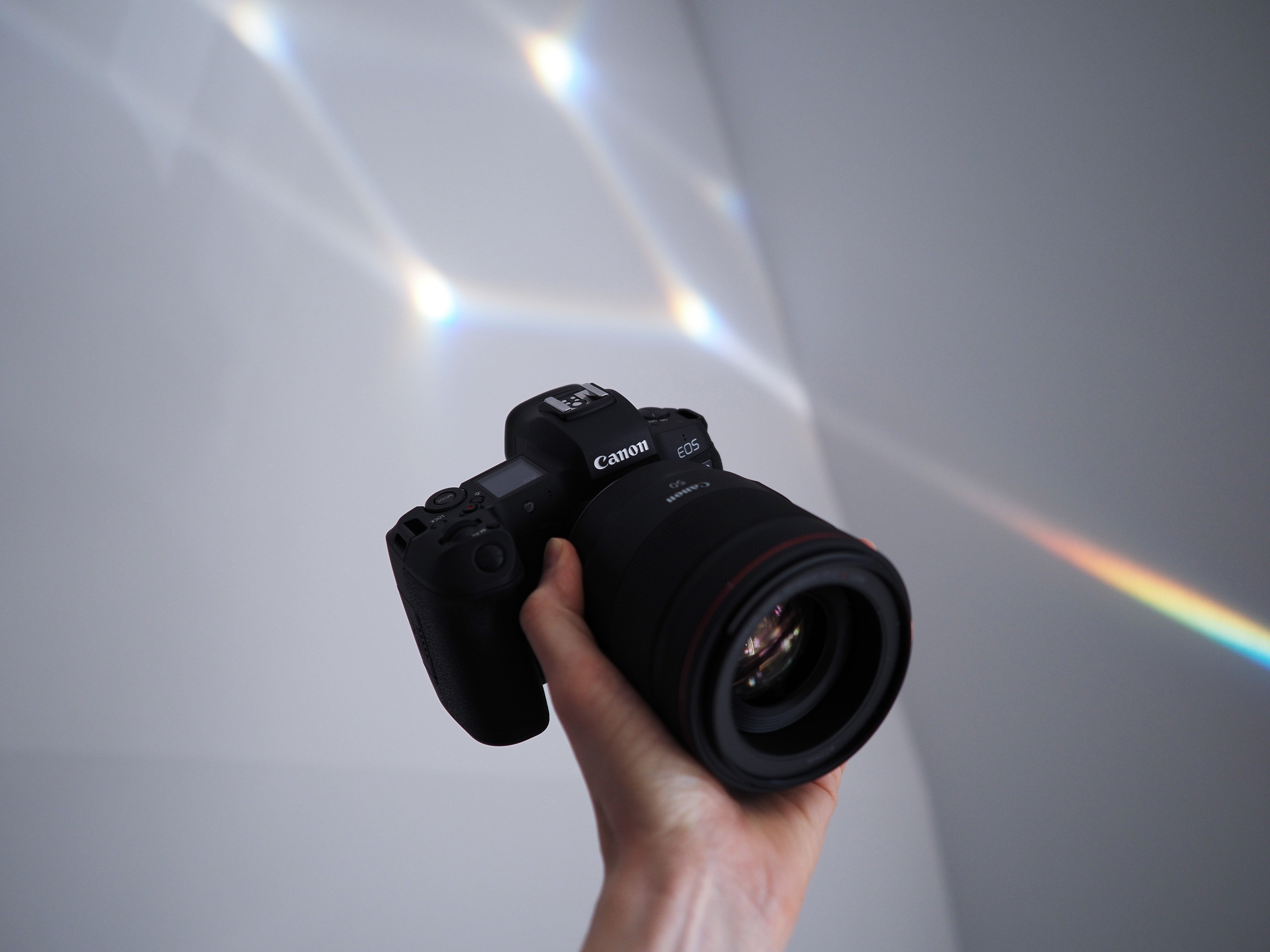 There’s no point buying this lens for video on the EOS R because you’re paying full whack for a full frame lens that is wasted in 1.74x crop, the look just isn’t there. For stills though, it’s a blast and a clear performance advantage wide open over the much softer EF 50mm F1.2L.

For less than half the price I would consider the new Voigtlander 50mm F1.2 Aspherical for Leica M mount. It’s absolutely tiny by comparison and almost as sharp wide open. It’s not got a fly by wire focus ring so manual focus is a breeze and build quality is much nicer.

The Canon RF 50mm F1.2L has a strange finish, which doesn’t feel particularly nice to the touch, but it’s the aesthetics I have the biggest problem with because it faux-scratches all the time. If you so much as rest your hand on it it starts to pick up scuffs as shown below: 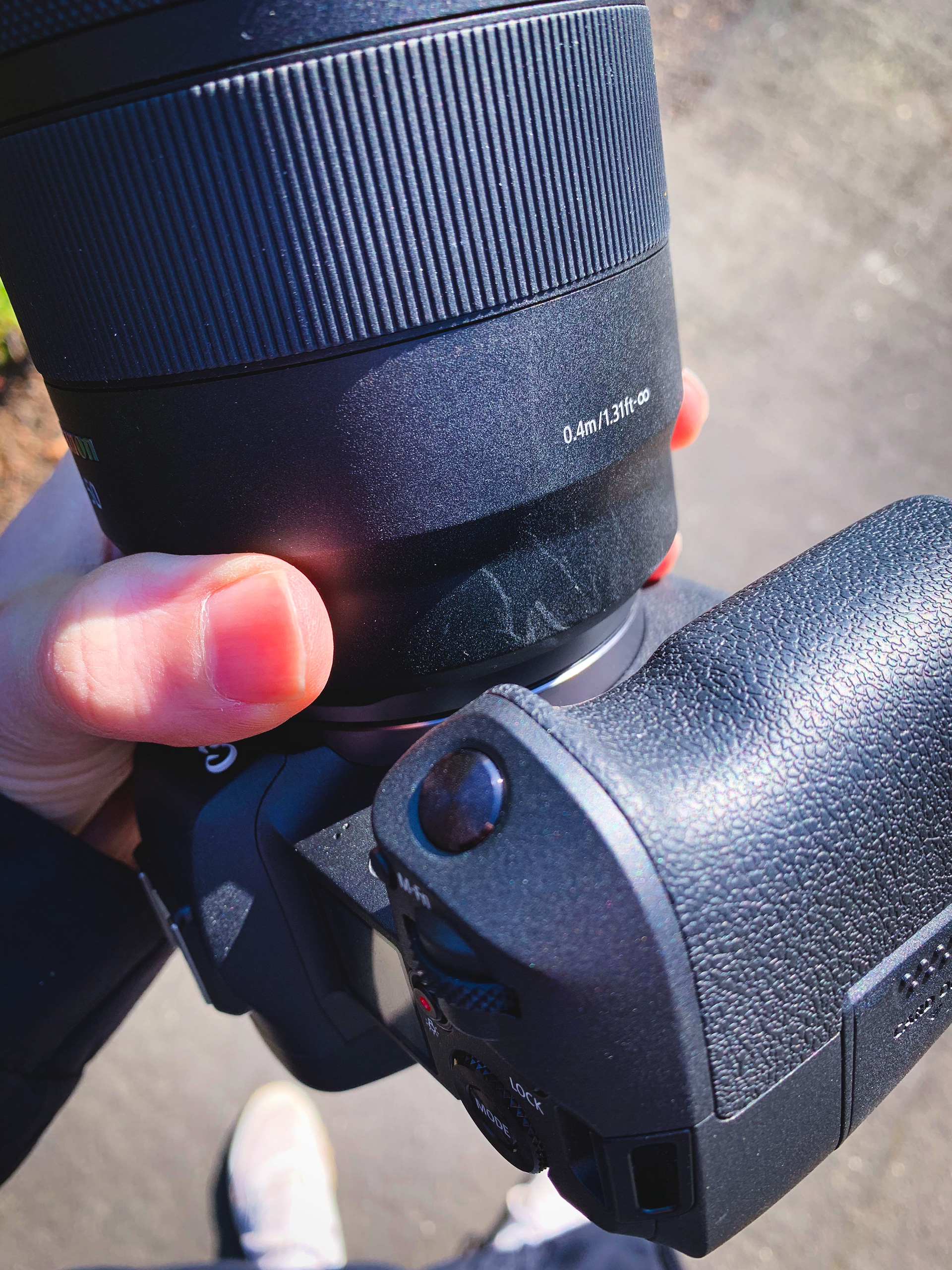 These are no real scratches and wipe straight off but it constantly looks like the lens has been abused, when it’s actually just collecting lots of dirt and dust in the very fine grained finish to the housing.

If you like walking round with dirt constantly visible on your lens then you won’t mind. The obsessive compulsive may want to avoid it.

One wonders if Canon in their many design committee rooms ever considered this would make for undesirable aesthetics, or whether they had the Sony Logic flu.

This is where very highly educated and intelligent engineers get so absorbed in other details, they forget how to tie their shoelaces. 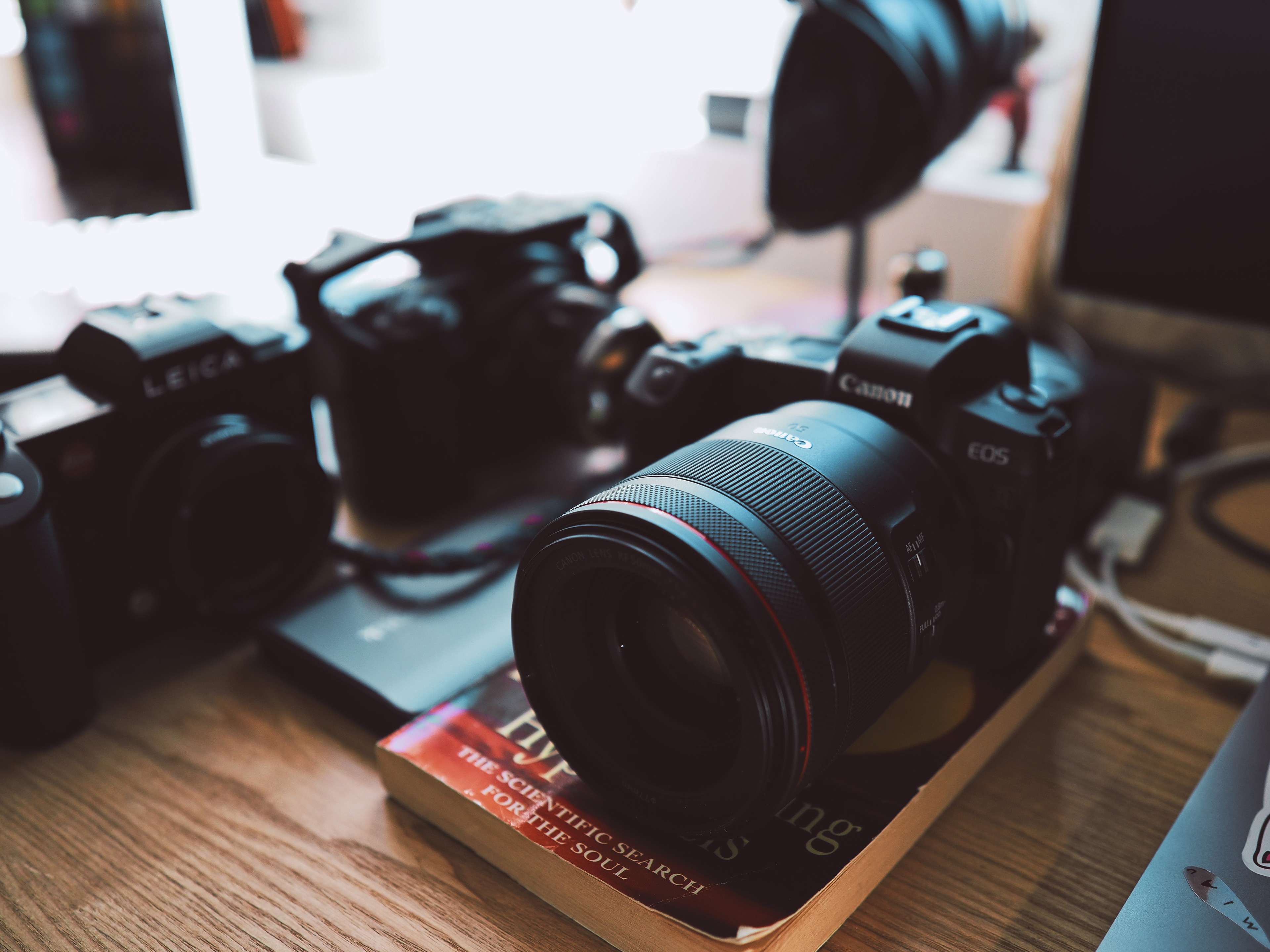 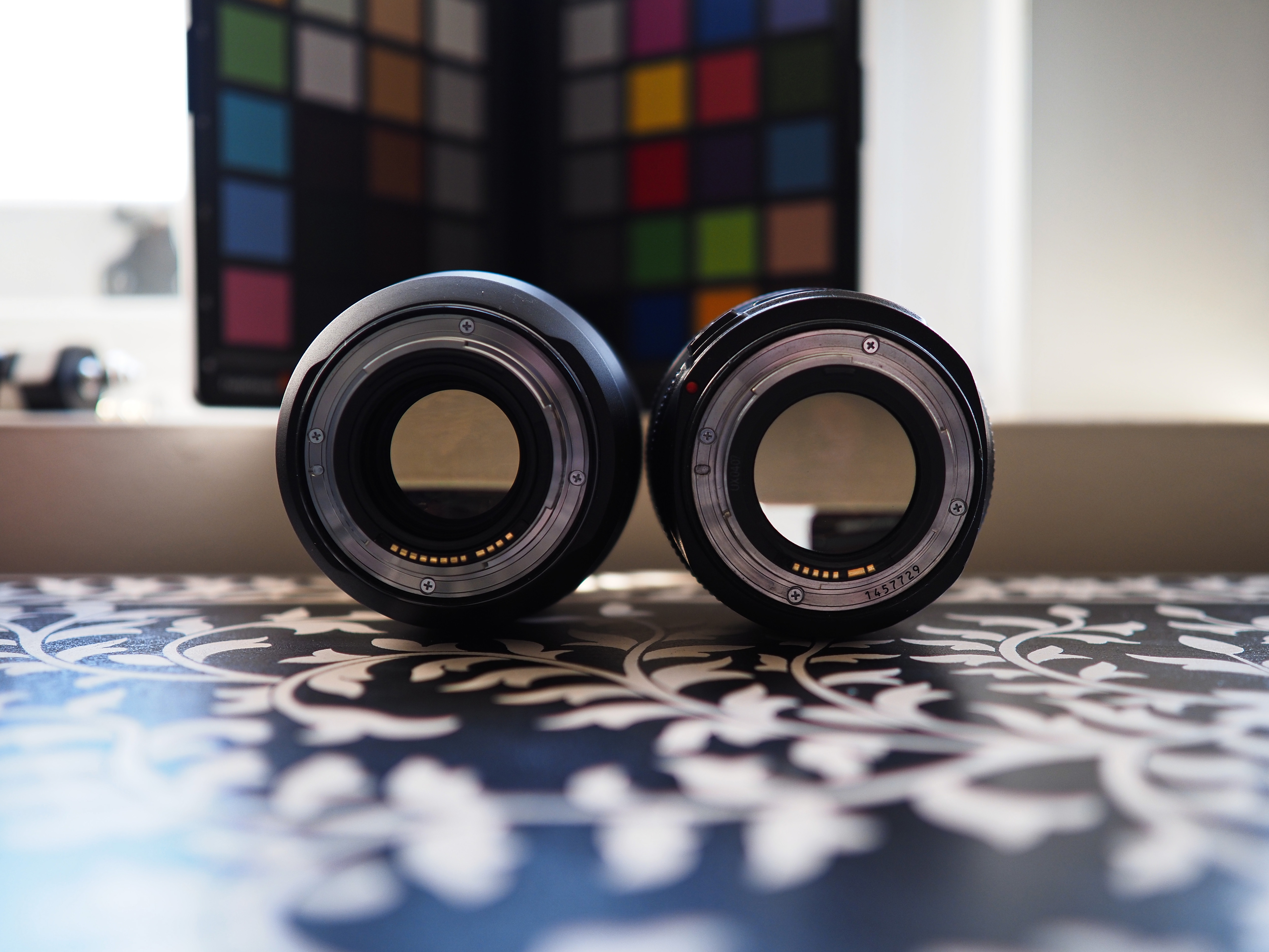 Above: the rear element doesn’t seem larger than the EF version, but the lens is much longer with more elements and not as stubby 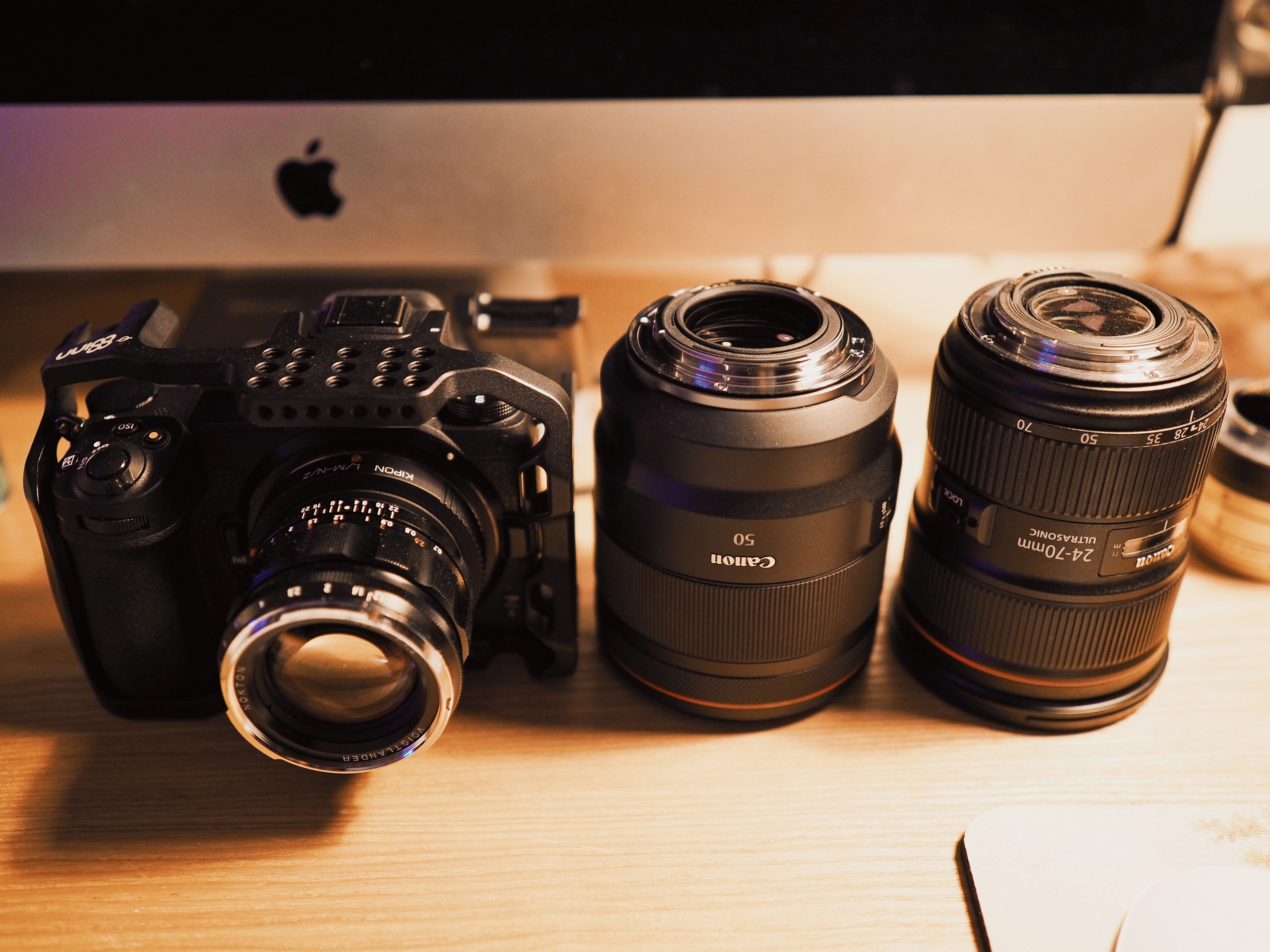 Above: The RF 50mm F1.2L is huge for a mirrorless prime lens, around the same size as the new EF 24-70mm F2.8. By comparison the Voigtlander 50mm F1.2 Asph for Leica M mount is far better balanced on a small mirrorless body like the Nikon Z6 or Sony A7 III.

A $2300 lens and about the same price in UK £, it’s quite a leap of investment in a mid-range $2000 camera. I am sure I will enjoy it at some point but I’ll be sending this one back and waiting.

I have no choice but to wait until Canon bring out a high-end EOS R body to go with it. Until they fix the crop in 4K video mode there’s just not any point for me spending so much on the lenses, especially as they’re not particularly designed with video shooters in mind. It also lacks any stabilisation as there’s no IS and the EOS R lacks IBIS. You can use the faux digital IBIS but that crops even further into the lovely full frame 50mm field of view, harming how the lens was intended to look.

The big question for me is when the Cinema EOS cameras are going to switch from EF to RF mount? The RF mount makes much better sense on these cameras and they can make bodies like the Canon C200 even smaller.

Canon should have a switch date in mind for future models and that will need proper video optimised RF lenses to go with it (and of course a video optimised EF adapter with built in ND filter – one for pros not the consumer one with the slot in filter that easily picks up dirt).

Here are my sample photos show in FULL FRAME stills mode on the EOS R with the RF 50mm F1.2L (no point shooting any video with it): 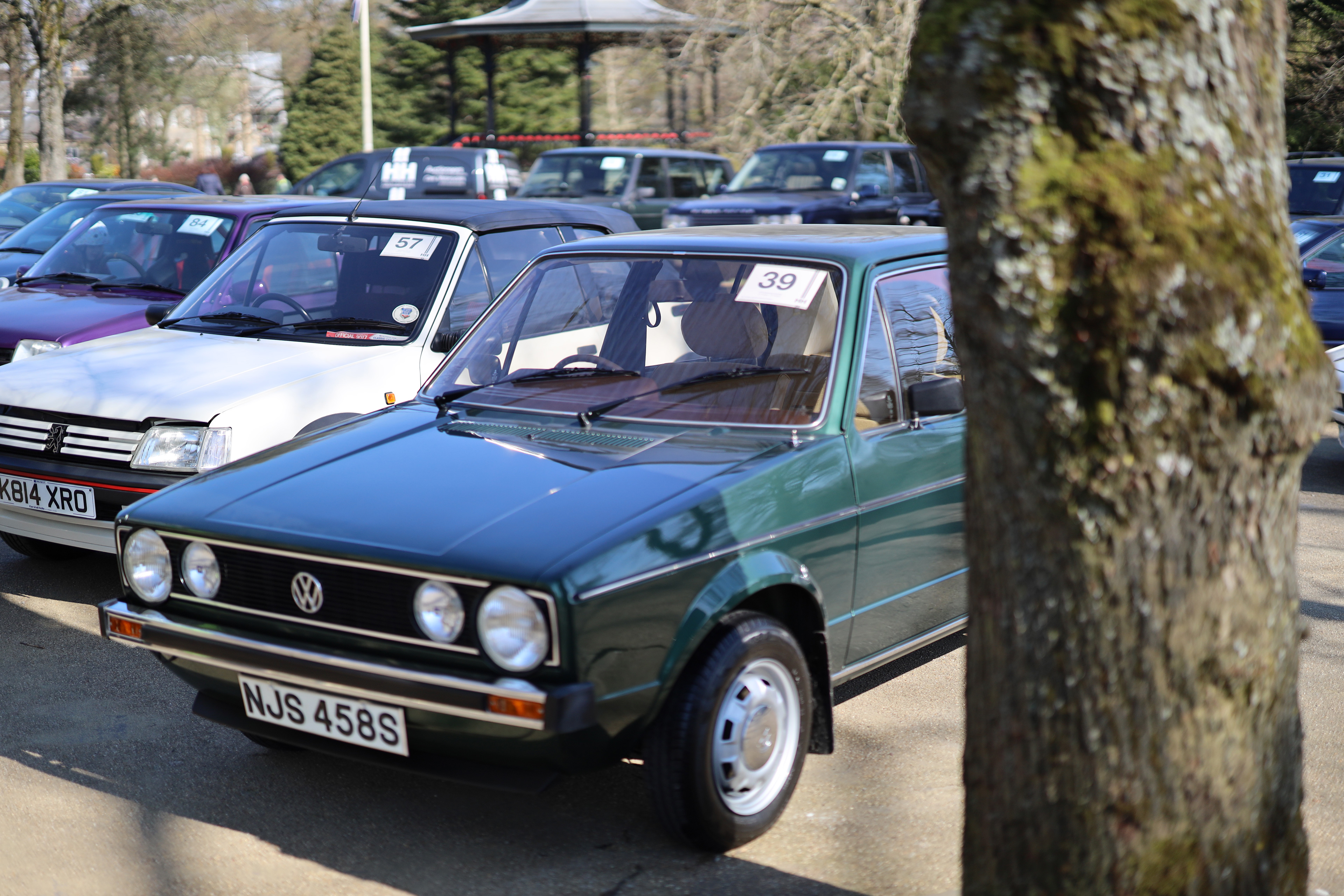 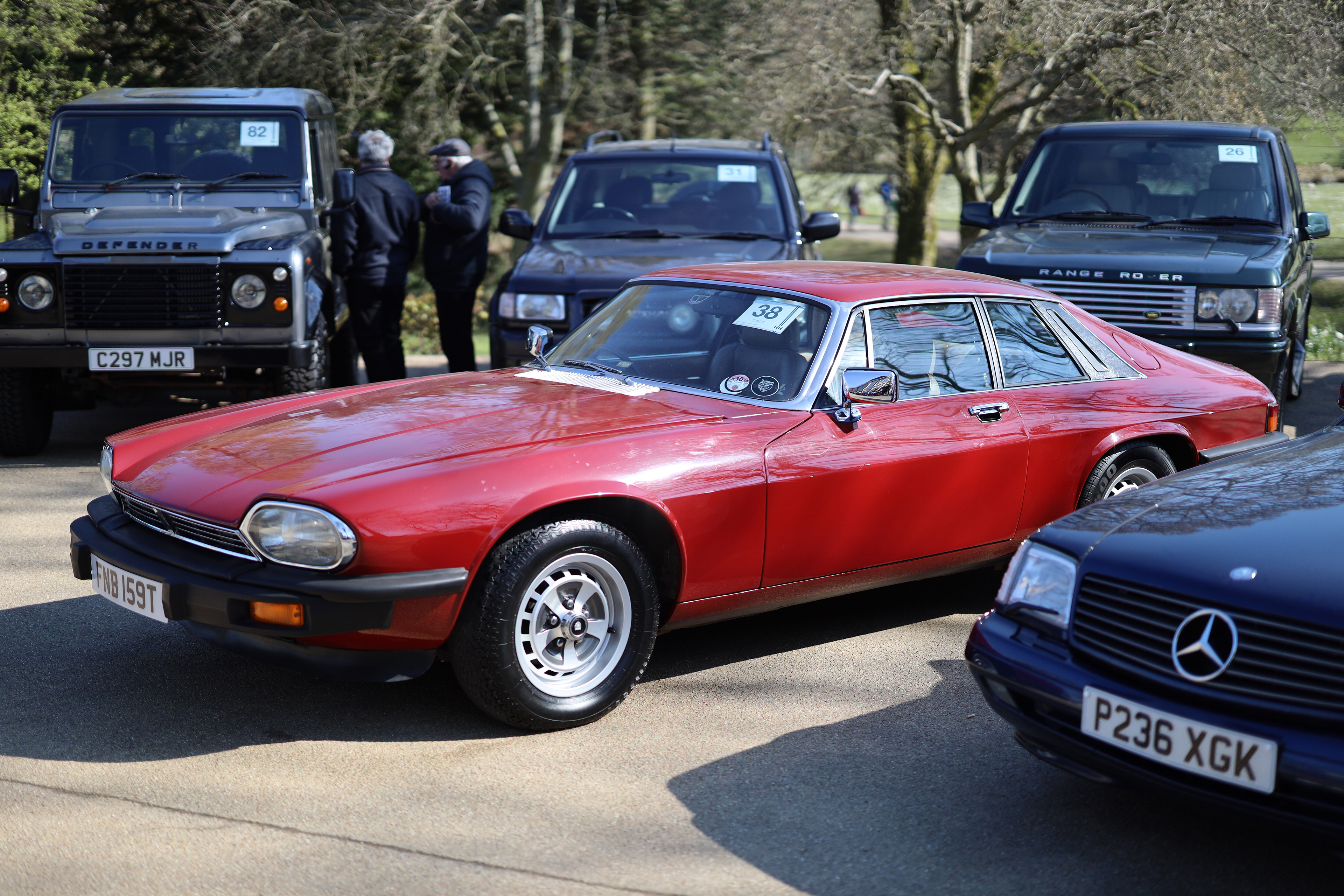 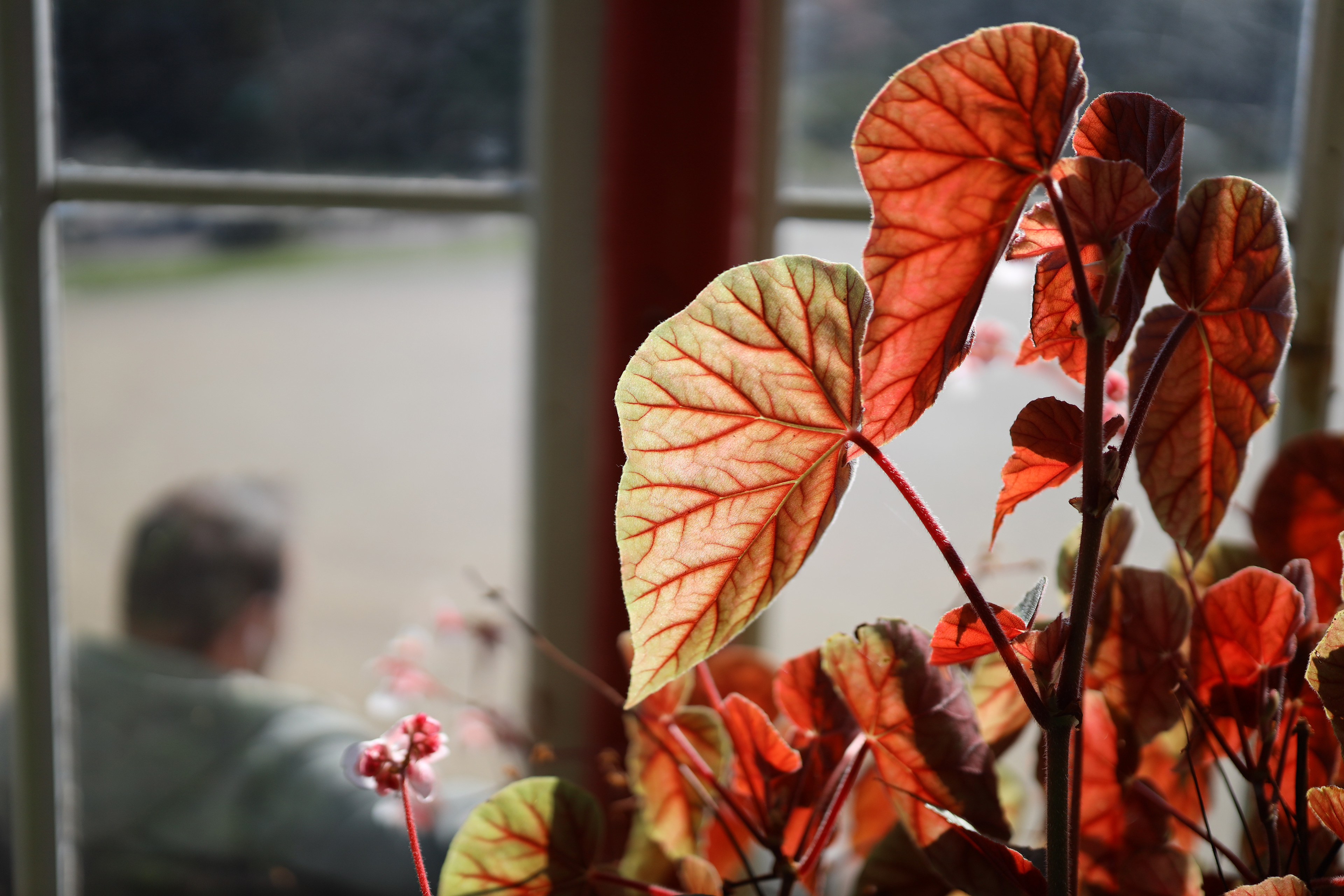 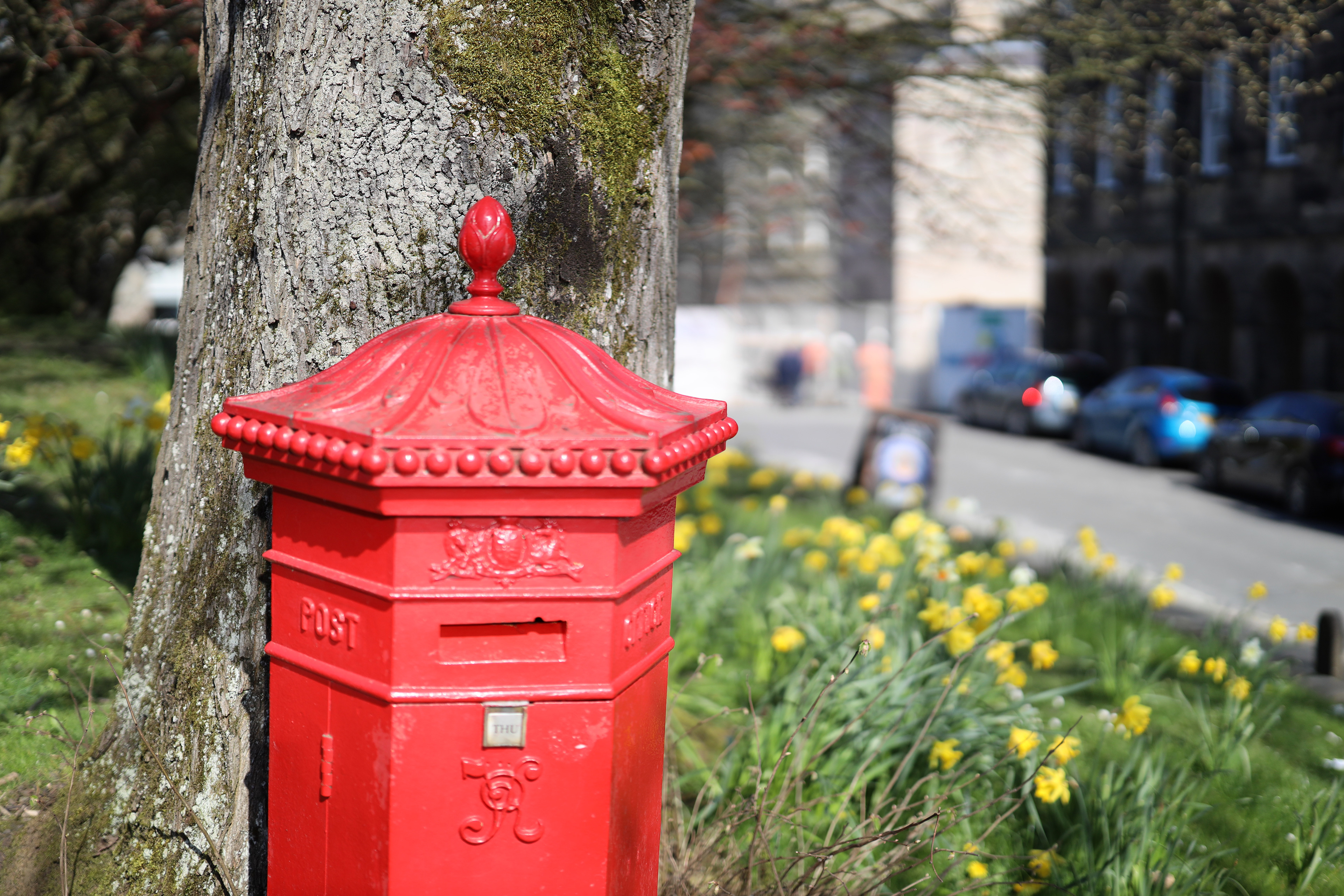