This video of the international space station passing the moon has become quite famous on the internet, demonstrating as it does the unusual abilities of the Nikon P900, a super-zoom consumer camera which costs around $700.

Can we do better with a ‘proper’ camera?

The Nikon P900 is perhaps the most infamous of the super zoom squad.

Unfortunately it is also a piece of shit.

It shoots 16MP JPEGs (no RAW!) and only highly compressed 8bit 1080p video, so further digital cropping for stills will reveal JPEG artefacts and there’s no 4K mode.

A small 1/2.3″ sensor is a 5.62x crop compared to full frame. The Panasonic FZ82 DOES shoot 4K and has such a sensor. The lens goes to 215mm, which on this crop sensor gives an effective reach of 1200mm. Not quite Nikon P900 territory but better featured and half the price. It’s an 18MP sensor so you can crop further into that – for example to crop 1080p from the centre of a 4K video clip, which will propel your reach to around 2000mm.

The thing is though, these remain relatively consumer friendly low-end cameras with VERY noisy picture quality and limited features. Stabilisation also can be an issue, it certainly isn’t up to the benchmark set by recent Olympus and Panasonic Micro Four Thirds cameras like the E-M1 II and GH5.

In low light, the 1/2.3″ sensors struggle, even though some of them are the latest BSI designs (backside illuminated). Their higher ISO settings such as 800 and 1600 look like what you might expect from a smartphone and in video mode they don’t come close to the quality offered by the GH5.

Now we have the 46MP Nikon D850 and other super-high megapixel DSLRs with 4K video. These offer much greater cropping ability than a 16MP super-zoom, with larger pixels as well for better noise performance. The problem here is the size of the lenses. Full frame telephoto lenses beyond the 600mm mark are gargantuan. So are the price tags. $10k is not uncommon for the best modern pro telephoto Canon and Nikon lenses. Affordable modern full frame super-zooms like the 150-600mm models from Sigma and Tamron are 2KG, but have very slow apertures (F6.3 at the long end)

Cropping to the moon and back

There are various crop modes on DSLRs and mirrorless cameras which will give you 1080p from a high resolution sensor, and for stills 46MP offers plenty of cropping potential too. 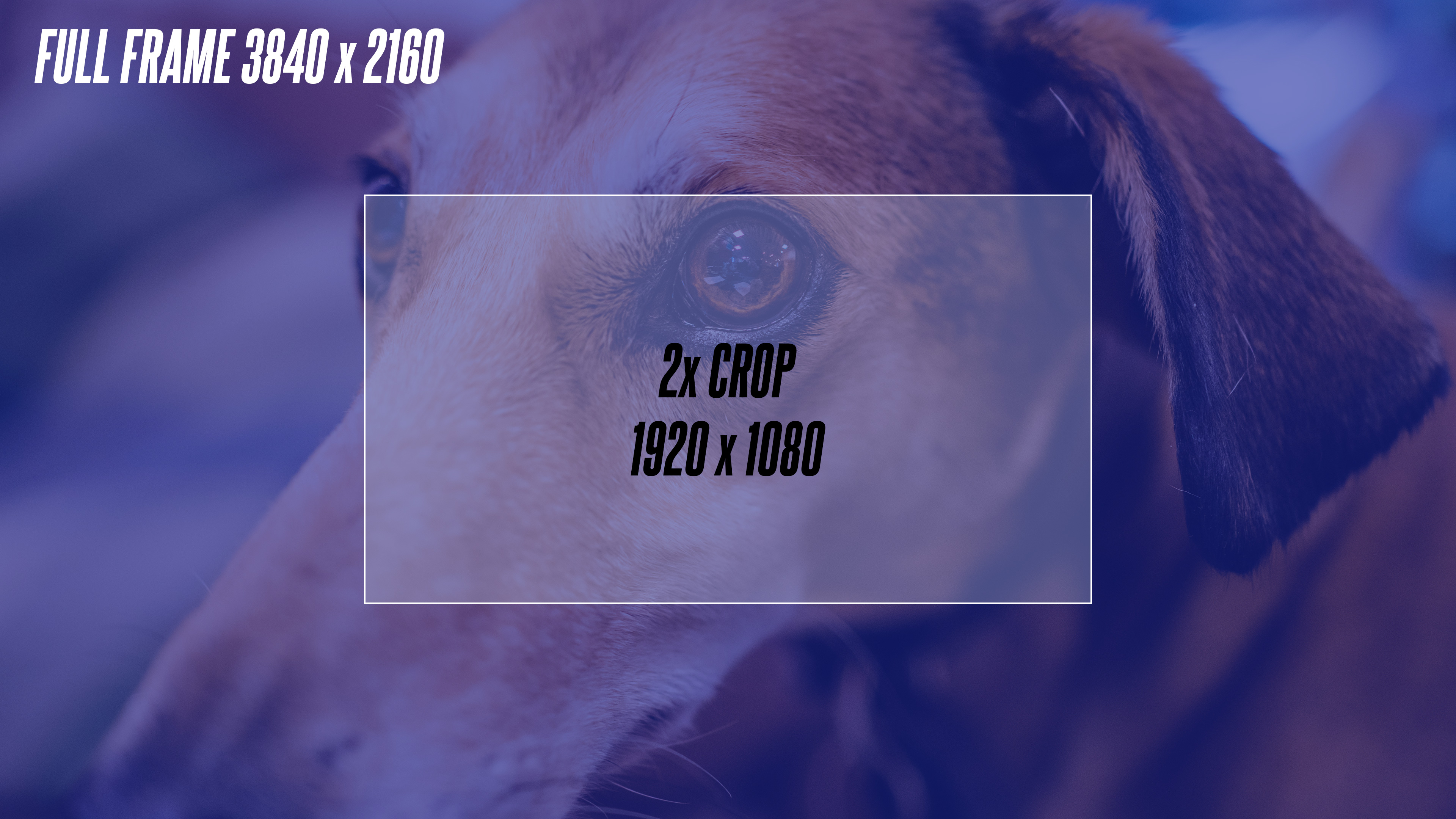 Can we do even better? We’re talking about filming a space station here, not a bunny rabbit.

The 5D Mark III has a full frame 1.0x crop sensor with a width of 5760 pixels (20MP) and Magic Lantern offers 14bit raw video, as well as various crop modes.

This just about beats the GH5’s score of 1700mm in 10bit with the Speed Booster but it’s short of the 2400mm without. The 20MP here is spread across such a large sensor, so there isn’t a way to get a 4x crop like there is on the GH5 for 2400mm. Also, we have to stick with whatever aperture is offered by the telephoto lens we’re using as a Speed Booster isn’t compatible with Canon DSLRs. We can add an EF mount tele-converter but these mean shooting even slower, often at around F11 which I am not prepared to do.

Back to the drawing board?

The Nikon D850 offers huge resolving power, so what is the crop factor of 1080p from a 46MP sensor? It’s roughly a 4x crop because it is a 1.0x crop sensor, not a 2.0x crop sensor with half the megapixels as is the case with the GH5. The full frame sensor size is diminishing our returns from the massive megapixel count. Back to Micro Four Thirds then?

However it’s starting to look like we can’t quite get past the 2000mm mark, at least not at reasonably fast apertures for a telephoto like F4.

Impressive, but it’s not a huge extra gain over the standard 4K mode at 2400mm, which is 10bit. I think I’ll take the DCI 4K 10bit ALL-I mode over the anamorphic mode, then. 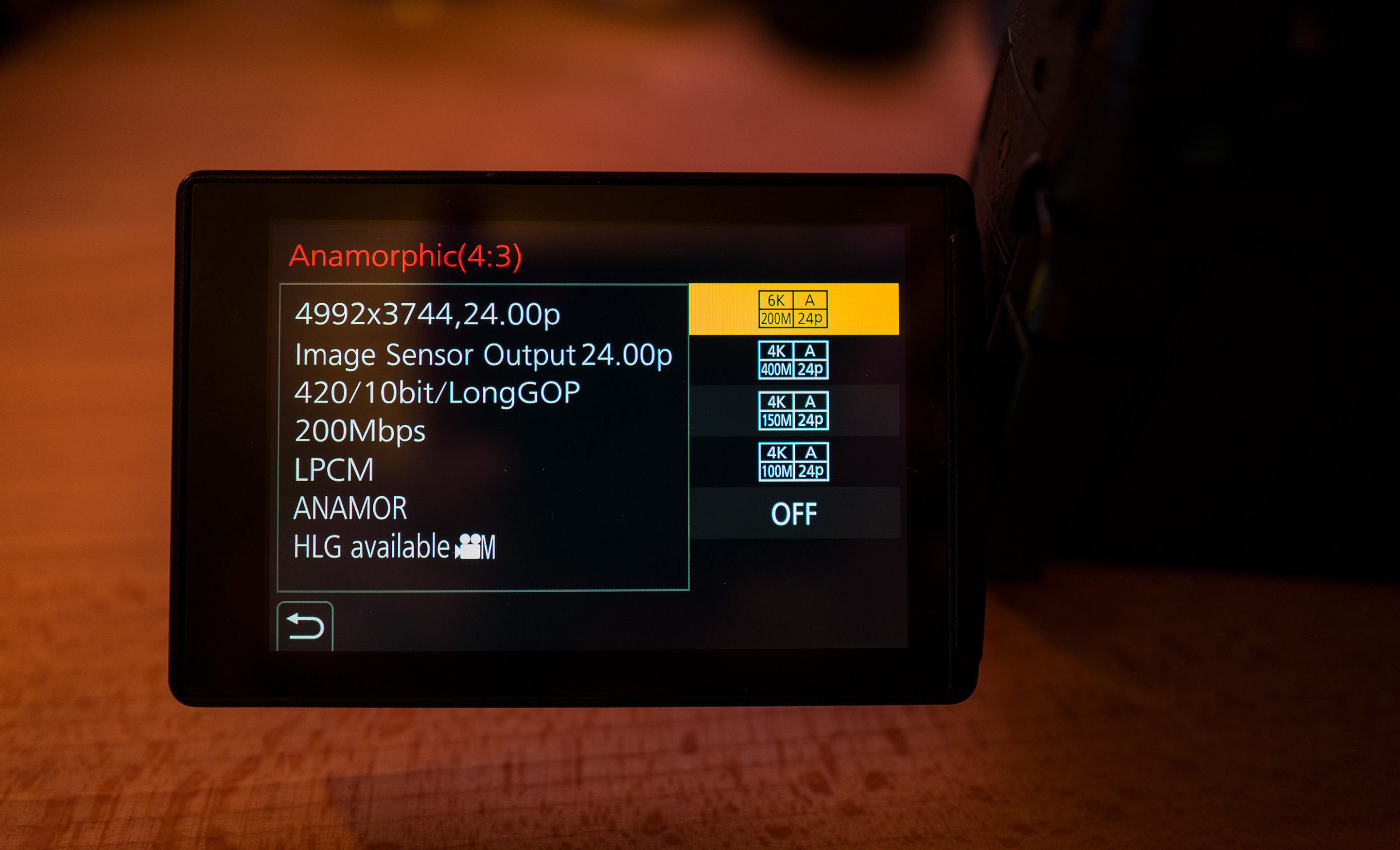 The space race winner is…

The Nikon P900 films 1080p at 2000mm, which is enough to capture the international space station passing the moon, see detail in individual craters, and even Wallace and Gromit eating cheese.

So let’s reign in our ambitions a bit and settle for something around the 1200-2400mm mark.

The full frame cameras are in second place. They don’t yet shoot 10bit video and although they have very high megapixel counts, the full frame sensor isn’t as suited to telephoto work as a smaller crop sensor. You cannot add a Speed Booster either to increase the slow aperture of an affordable telephoto lens to something more acceptable.

So what lens should we buy for our GH5? 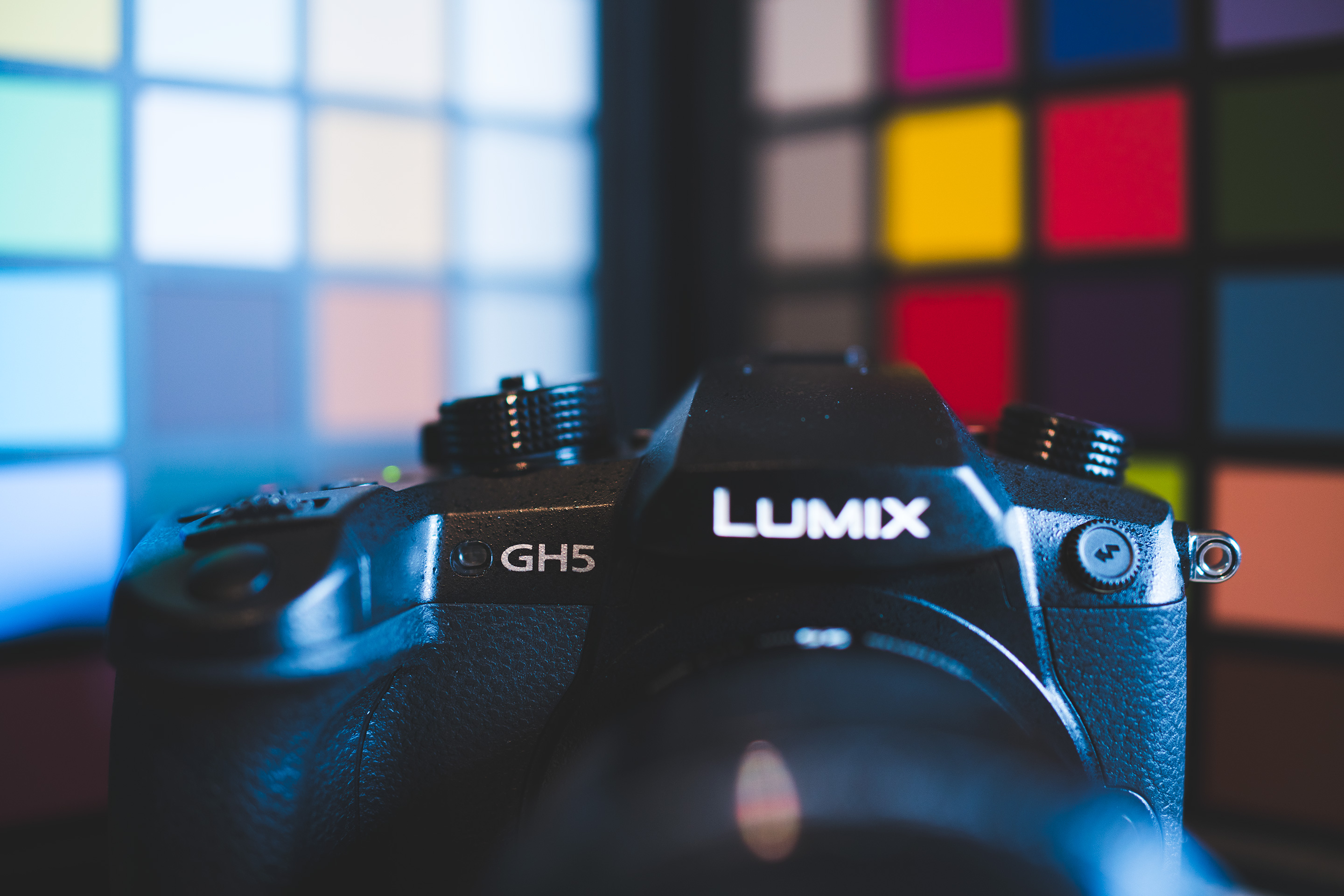 Lensing the moon (and bunny rabbits)

With the Panasonic GH5, we don’t need to look only at full frame glass. APS-C crop will do, even on an 0.71x Speed Booster. Here we have wide-angle options like the 16-400mm from Tamron. That means we can shoot Super 35mm 4K with a wide end, as well as take the Speed Booster off and crop to 1080p in post for a long end of 1600mm. It’s a more flexible and better value option than Panasonic’s pricey 100-400mm for Micro Four Thirds.

The only problem is, this being a Canon or Nikon mount lens though, autofocus is going to be through an adapter and not as reliable or as fast as a native Micro Four Thirds lens. So the Panasonic 100-400mm or Olympus 300mm F4 IS Pro remain an option… especially as they enable Dual I.S. for the best stabilisation on the market, and you are going to need it! 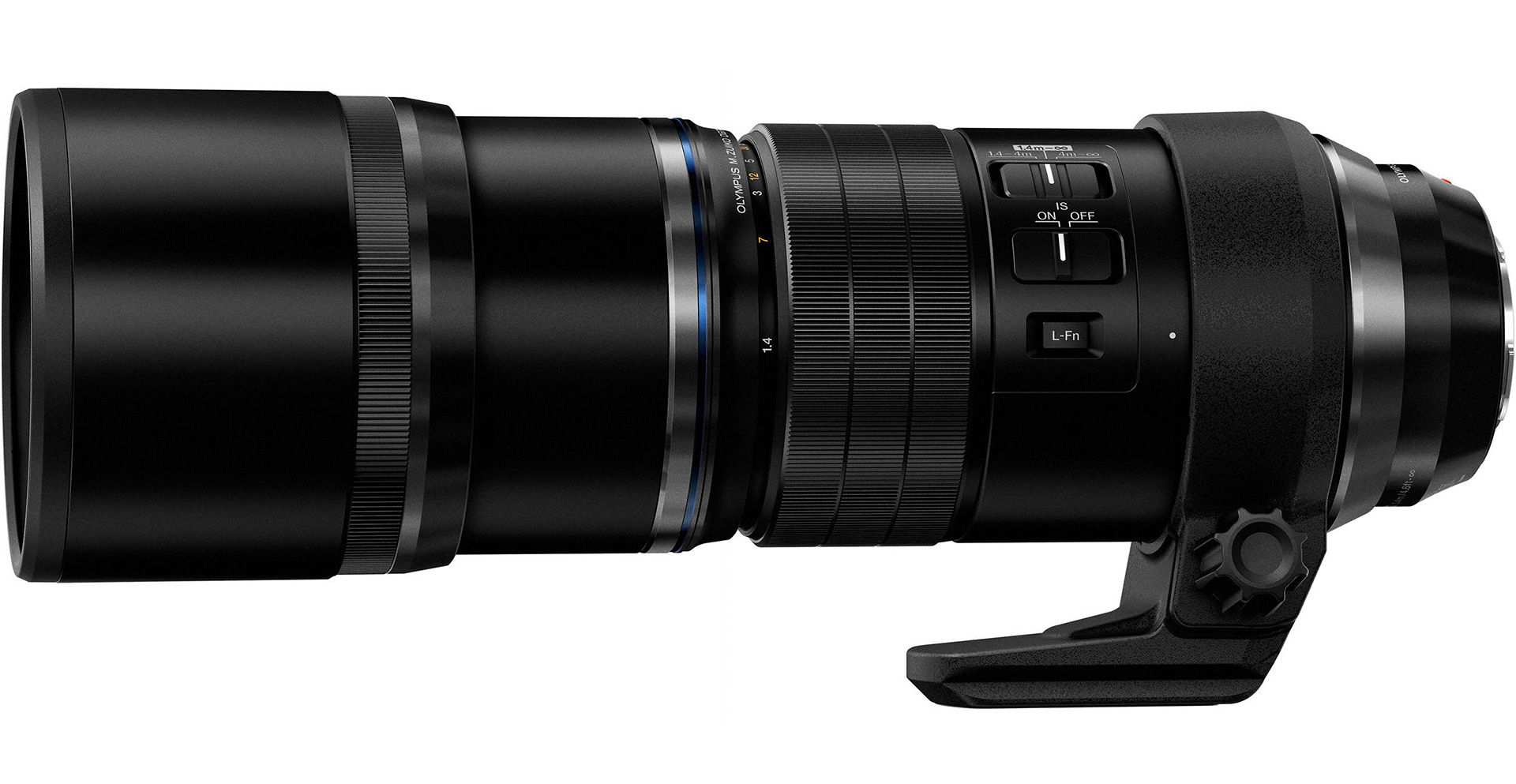 The other option is to put the Tamron 28-300mm full frame zoom on something like a Sony A99 II and crop 1080p from the Super 35mm 4K mode. This only offers a maximum reach of 1050mm though and it’s quite a soft lens. The 5 axis stabilisation on Sony’s cameras isn’t up to par with the GH5 and E-M1 II. Adapted lenses do still benefit from very good stabilisation on these cameras, as long as the adapter you use has electronic contacts to communicate the focal length position of the zoom continuously to the body.

Considering some of the vintage lenses, and they have to be primes to work with the stabilisation system… One that springs to mind is the Canon FD 400mm F2.8L which tends to go for around $2500 on eBay. This is a monstrous and unique piece of kit, the fastest aperture long lens you can get for the money. It creates art in exchange for pain and suffering. With a gargantuan 5KG+ on your shoulder, if you don’t break your back and can manually focus a 30 year old lens with a depth of field thinner than an eyelash you are guaranteed plaudits. This lens on the Metabones Speed Booster turns into a pretty much unheard of physical impossibility – 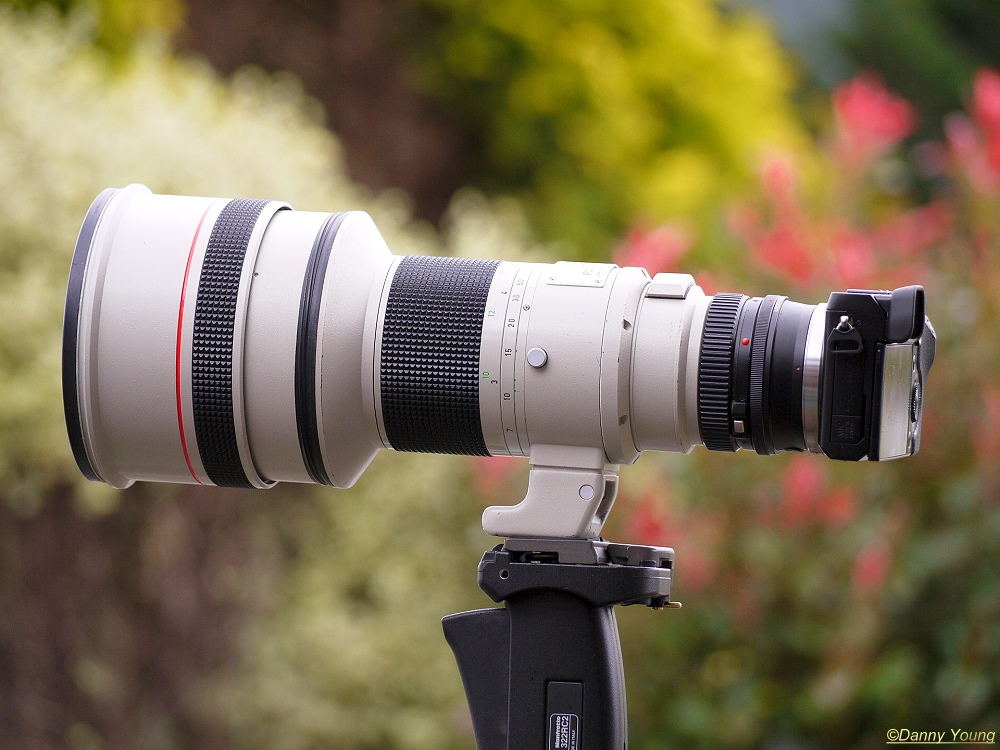 Short of being a BBC wildlife cinematographer on Planet Earth II, it’s about as nice as you can get – but there are better and easier ways to shoot for the moon.

1700mm F4.4 is not to be sniffed at when it comes with 10bit video, 4K, 5 axis stabilisation and just blatantly a MUCH better camera than the Nikon P900!

Or if you have over 4x more money to spend, the Sigma 120-300mm F2.8 is worth investigating – to trade that long end for a much faster constant aperture. 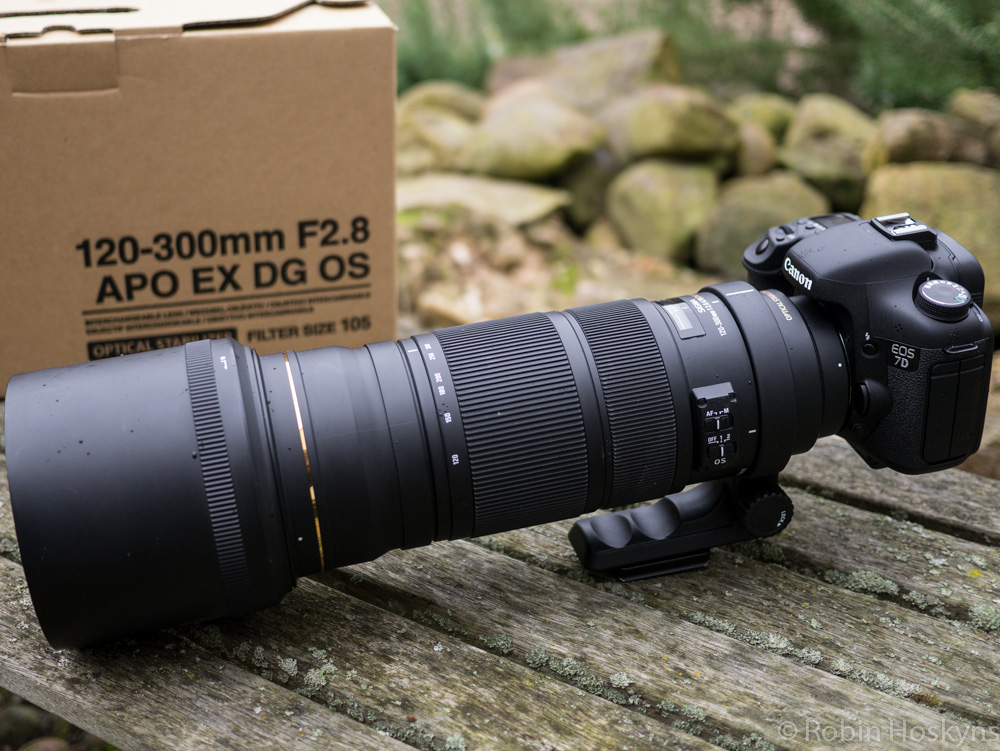 Disclaimer time! One thing that should be considered in all of this is the sharpness of the lens. In this situation, the Olympus 300mm F4 PRO prime wins hands down over every practical alternative. In effect, is there any point at all cropping 1080p from 4K if your lens is too soft to really resolve much detail at 2400mm? Speed Booster and oversampled 4K will help with the Sigma 150-600mm, compared to no Speed Booster and a straight crop from 4K to 1080p on a full frame camera.