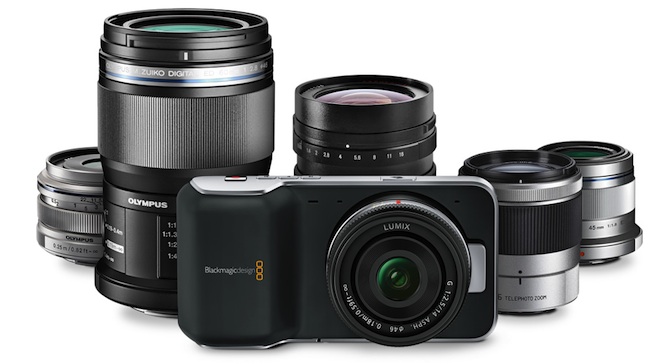 It is mid-July and the new Blackmagic cameras – Pocket Cinema Camera and Production 4K Camera are due to ship imminently, which I am very much looking forward to. In anticipation I have been building up a collection of Super 16mm c-mount glass for my Pocket Cinema Camera.

However in my inbox today was a frustrated sounding email from London’s CVP titled ‘When will I get my Blackmagic Cinema Camera? As last July, Blackmagic are unable to tell them when they will receive camera shipments and in what quantities.

Blackmagic have had a lot of goodwill from customers and dealers, because what they are trying to do is a significant task for a first time camera manufacturer. However if there are significant delays on the new cameras I think this goodwill will start to run out.

From the CVP email –

The word “Blackmagic” instantly implies that there might be something of a mystique surrounding either the company, their products or even both, so we probably shouldn’t be offended or even surprised to learn that despite constantly badgering Blackmagic for more and clearer information on behalf of our customers we are currently completely in the dark with respect to the true date on which the new Pocket Cinema Camera and 4K Cinema Camera will actually ship, let alone the volume of stock we are likely to receive when that day arrives.

For me as a customer this is a worrying sounding situation. With 2 weeks remaining of July why aren’t Blackmagic able to give the largest dealer in Europe a ship date and quantity?

I feel compelled to join the dots and it doesn’t paint a pretty picture. If Blackmagic don’t know how many cameras they are able to make and when, that points to not having a predictable and steady production chain going.

The email from CVP continues…

What we can do is tell you what we do know, and that is that for their first camera (The EF mount version of the Blackmagic Cinema Camera) customer deliveries started approximately 6 months after the pre-declared shipping date, and it has taken a year to fulfil back-orders…

Even today there is a lead time for the mFT (micro four thirds) mount version, and the EF version is in limited supply.

For me the shift of EF orders to MFT is one my biggest complaints. I chose to cancel my MFT camera pre-order last month, after holding it down for the best part of half a year. Events overtook the camera with the Magic Lantern raw firmware and I had the image quality and Resolve raw workflow I ordered the BMCC MFT for if not the lens mount.

We are told that the issues that caused delivery delays for the first models have been solved with the introduction of a new image sensor supplier that can apparently cope with higher component volumes combined with improved quality control.  This should be good news.

Of course it’s now mid-July and we haven’t even seen our own demo unit of either camera yet.

Therefore, to err on the side of caution we think that it’s highly unlikely we’ll receive significant numbers of cameras this month, even if shipping does start. We do live in hope that past lessons have encouraged Blackmagic to stock-pile cameras to rapidly satisfy pent-up demand rather than dribbling product into the marketplace, however we live in the real world and believe that based on past experience that’s probably not the case and we suspect that it’s likely to take many months for back-orders to be fulfilled once deliveries commence.

In a nutshell no-one actually knows when you’ll get your new Blackmagic Cinema Camera!

No matter my loyalty and love of Blackmagic’s products, you have to sympathise with CVP. Supplier problems do impact on the reputation of the people in the front-line of distribution. They’re the ones who have to deal with frustrated customers and indeed lost custom and deposit refunds.

The Blackmagic Cinema Camera first shipped to a small number of ambassadors and then it trickled out months later to actual paying customers. No ambassador other than John Brawley has yet received a Pocket or 4K camera so how far off finished are these products?

If the 6-12 month delays were to happen with the Pocket Cinema Camera and 4K Production Camera it would be a disaster because everyone from Blackmagic has been making positive noises since April about being able to ship on time, in quantity, having solved the production problems of last year.

In light of the Magic Lantern development of raw video on the 5D Mark III and other DSLRs I wouldn’t be surprised to see Blackmagic’s camera customer-base significantly collapse if we were to suffer more delays for the second year running.

I really hope this doesn’t happen and that we see a very large shipment of both cameras come end of July.