The M1 is displaying astonishing competence in early benchmarks. Here is the key info:

Apple’s silicon even maintains a single-core lead on the MacBook Pro 16″ through Rosetta 2 with non-native apps!

There is a performance penalty of around 22% using the Rosetta 2 translation layer for x86-only apps.

These results are outstanding and it’s only going to get worse for Intel.

The initial M1 is an ultra low power ultra-thin entry level laptop CPU, and it is beating the desktop class Xeon!

What is the high-end Apple silicon going to do?

Apple hasn’t just achieved a fanless 3.2Ghz 8 core processor, but integrated graphics on par with a mid-range discrete graphics solution from Nvidia and AMD. In early benchmarks it’s level with the Nvidia GTX 1650 Ti Max-Q and AMD Radeon RX 580…. that’s not too far off the AMD Radeon Pro 5500M in the latest MacBook Pro 16″ either. Remember… this is integrated graphics!!

It may be worth waiting to find out what comes next from the high-end Apple silicon line. The next MacBook Pro 16″ is surely going to be a must-have.

In the meantime take a look at these scores for the M1 powered MacBook Air, Mac Mini and MacBook Pro 13″ (from GeekBench): 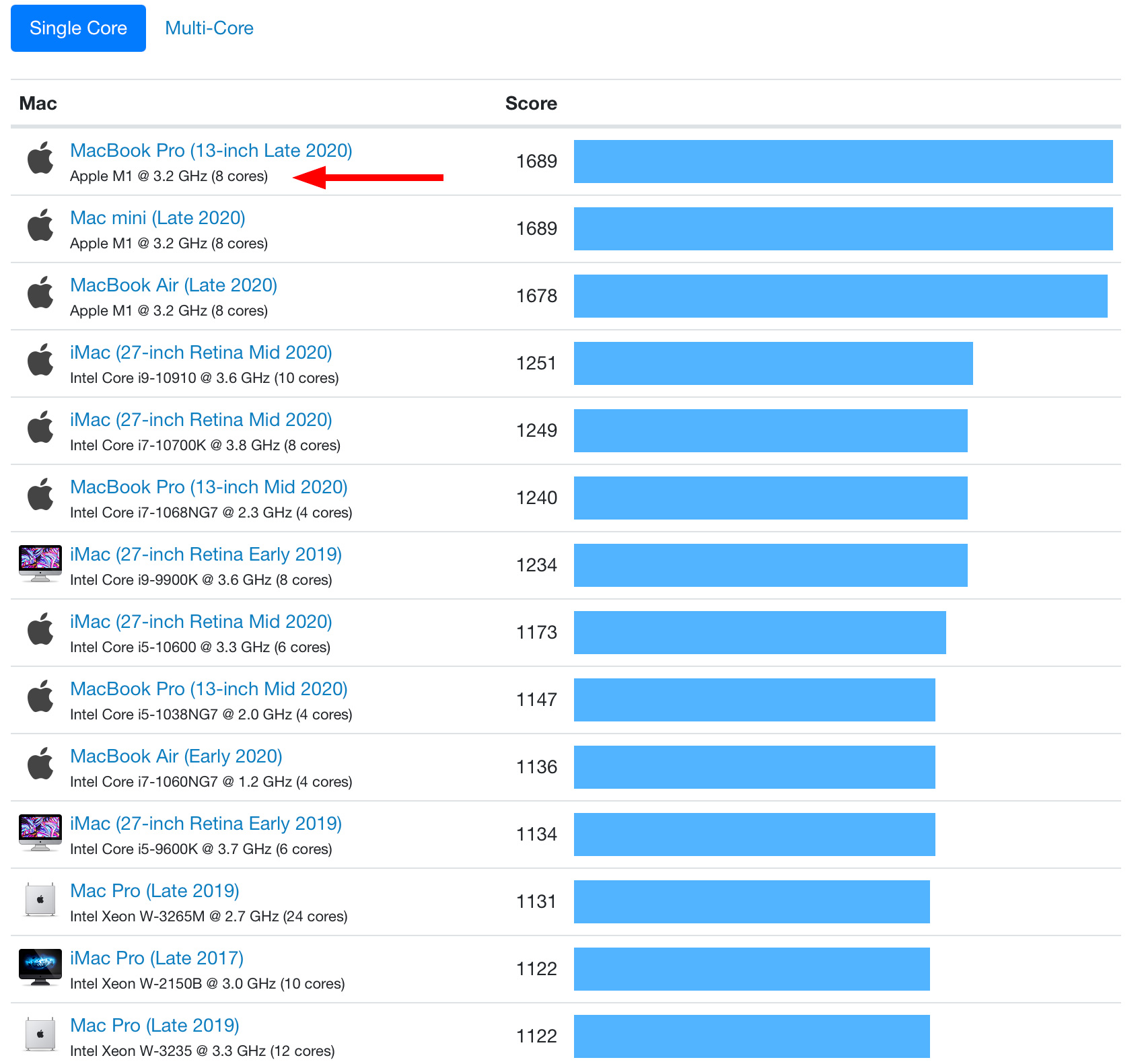 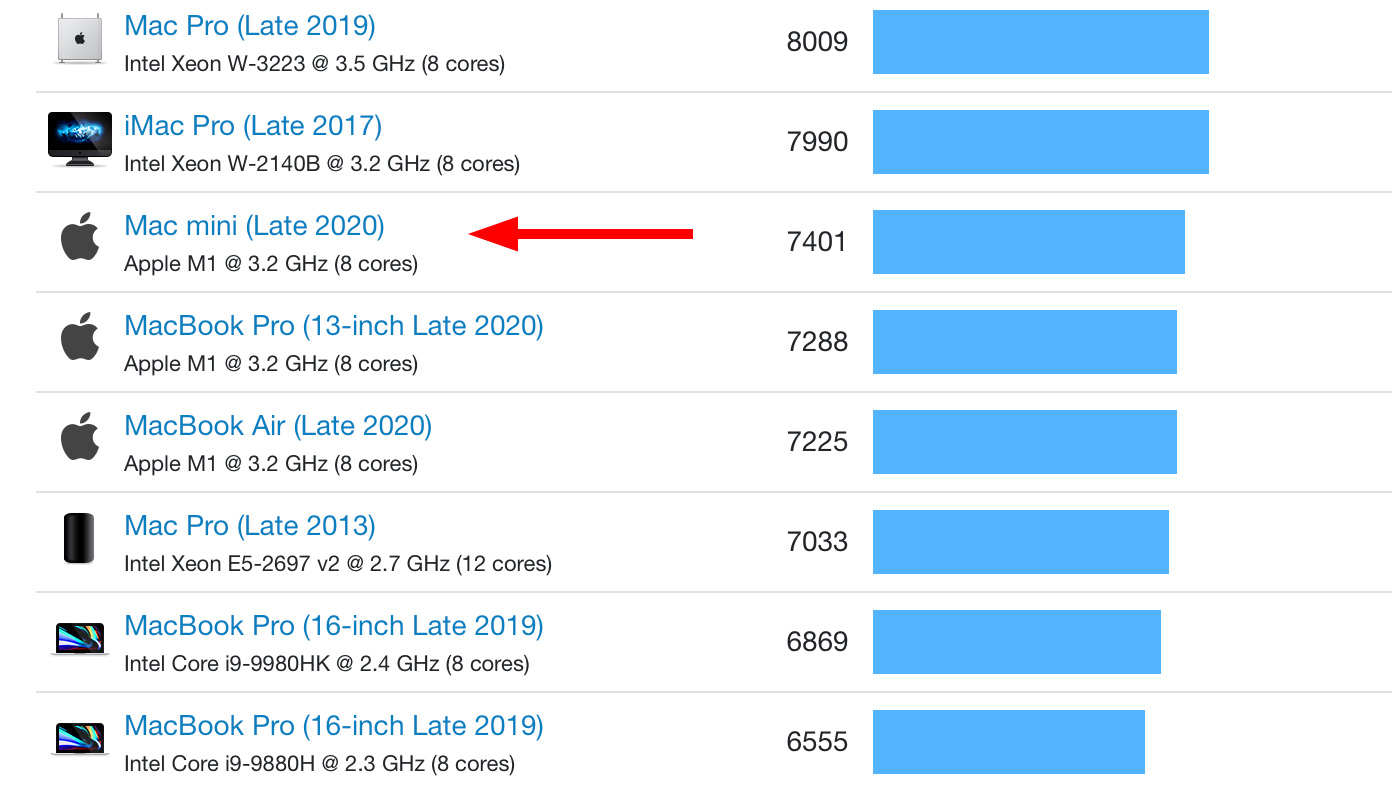