I have been a long-time follower of Roger’s blog at Lens Rentals, which gives us not just a rare glimpse inside camera gear, but also an expert eye on construction quality, weather sealing and the repairability of it all when you drop it! To celebrate Roger’s latest article I had the chance to put some questions his way, to dive into his thoughts on the 600mm, the potential for a ‘universal’ mirrorless mount and of course the EOS R5 overheating controversy.
Enjoy the interview, and be sure to check out the Lens Rentals teardown of the Canon 600mm here. I also spoke to Roger by telephone for a second chat off the record, which was very interesting but I’ll keep the details of that firmly under my hat. I found it to be a very illuminating conversation and a pleasure to speak to somebody with such huge experience in the camera industry.

Andrew: Welcome Roger. Will you be taking a peek inside the EOS R5? Maybe check the weather sealing… and You Know What.

Roger: Definitely. I’ve been mostly focused (pun intended) on the IBIS units lately; seeing those fractures in the Sony cameras spooked me. Just finished tearing down the Fuji GFX and am left kind of staggered by the sheer brute strength and size of the thing compared to Sony; which I guess makes sense given the size difference. 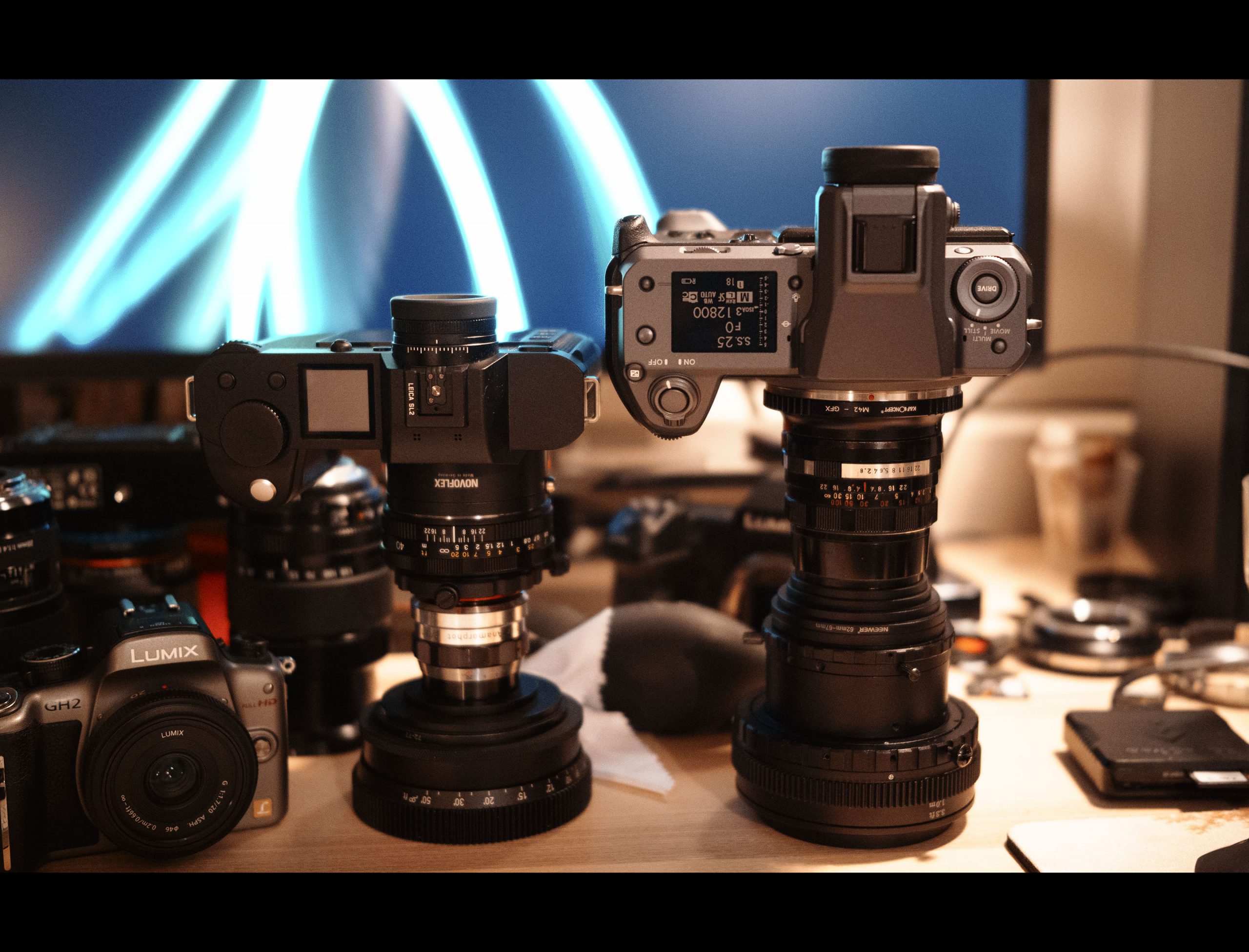 Above: As a GFX 100 shooter myself I can certainly vouch for Roger’s comments on build quality. I eagerly await to see his teardown article on the camera at Lens Rentals.

Nikon’s is kind of robust, too. Seeing the amount of current being drawn into the IBIS units, I had the thought that some of those fractures were from heat as well as vibration. Then your stuff started me thinking about that all over again. Less air, less circulation, more heat sources. It’s kind of scary.

I’ll look for heat sensors, of course, although I suspect most are on chip and on boards as things I won’t recognize, I’m not a chip guy. I totally get that there were no heat sinks from the Chinese tear down, I”m just not sure what that means. The Fuji [GFX 100], for example has heat sinks all over the damned place, and I’m not sure why, the processor isn’t that strong, the board is really quite sparse. I think the suggestion today someone made about comparing it to the Canon 1D X III is a good suggestion; I assume the boards will be similar or at least the chipset.

Above: The 1D X Mark II from 2016 shot 4K 60p, one of the first Canon cameras to do so and featured a heat pipe to conduct thermal energy away from the main image processor to the base of the magnesium alloy chassis, but no such assembly is present in the EOS R5 but Roger is correct to say it’s hard to figure out WHY and what this really means – It could simply be that the processor is more modern and energy efficient than before, fabricated on a modern manufacturing node (7nm or close to it).

I’m also curious about the original R now. When we first tore it apart, I commented that there was an IBIS sized air space behind the sensor that made no sense, unless they had a generic ‘R camera blueprint’ and that could be with or without IBIS. Otherwise the logical place for air would be behind the main board since that’s where the chips were, give them circulation.

Andrew: I really enjoyed your peek inside the Canon RF 600mm. Although the 600mm seems like a good advert for using a 300mm F4 on Micro Four Thirds to me!! But glad you are enjoying the images from it and this is what matters. Were the bayonet screws mounted into plastic a concern long-term – will the plastic crack or does it appear to be pretty tough?

Roger: The plastic is pretty robust. The larger number of longer screws makes me feel pretty secure about this, given that it’s not a heavy lens.

Andrew: The 600mm is certainly on the large size as far as mirrorless camera lenses go. The Canon 85mm F1.2L RF is larger than the old EF version, which was a bit of a unit to begin with. Is there a long distance between the rear element on the 600mm and the sensor? Manufacturers often talk about one of the benefits of mirrorless cameras being the shorter flange distance between sensor and optics – in terms of the optical performance why is that an advantage?

Roger: I can’t speak to the optical performance effects, but with the barrel extended the elements are a llooooong way from the sensor. Kind of like the old 400mm f5.6 was, with the rear element way up in the barrel. Strictly speculating, but I was kind of left with the impression that the DO elements up front are doing all the heavy lifting, the other elements are smaller and don’t appear to be especially strong.

Andrew: Speaking of flange distances, I recently raised a question with Kazuto Yamaki of Sigma about the possibility of making a more adaptable range of mirrorless lenses – for example Leica M mount lenses go to L-mount, RF, Nikon Z, Sony E, and so on…A modern autofocus Sigma lens like the new 85mm F1.4 could have detachable adapters, or even a user-detachable mount. Lens for life! If a user swaps systems, for example from E-mount to RF-mount, it’s a lot easier to bring it with them – they keep the optic and just buy an adapter or the new mount. As a leading rental house what is your opinion on this, from a business and reliability perspective?

Roger: Great minds think alike. Even in SLR days I kept asking about this. The old Tamron Adapt-all lenses were kind of like that, although not very accurate. I know it could be done mechanically now, and there are even simple ways to allow a user to adjust backfocus so that inaccuracy’s in the adapter mount could be overcome. I think perhaps the biggest hold up would be the chips in the lens for communicating with the various camera systems. A plug and play chip system might be an option but obviously clumsy. Having the lens’ chips programmable through the Sigma dock or equivalent might be a work around. I wish they’d do it, though, it would make me far more likely to buy the changeable lens rather than brand-name.

[Andrew’s note: Sigma CEO Kazuto Yamaki has now very kindly answered this question too. Stay tuned for that, I’m preparing to publish his interview this week on EOSHD] 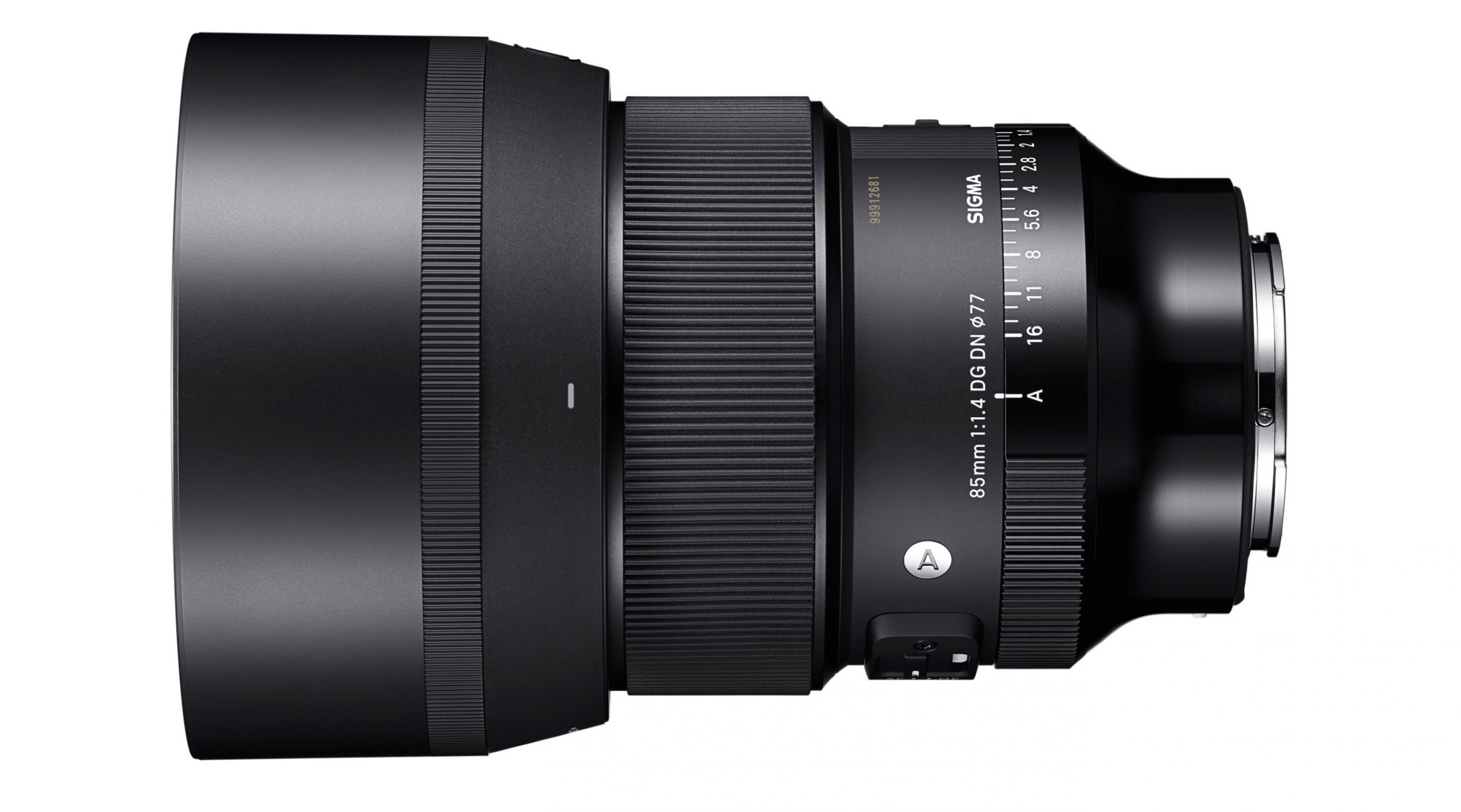 Andrew: How’s the autofocus in video mode with the 600mm and is it snappy for stills work?

Roger: Well, given that Aaron and I broke it during reassembly and had to redo it all, I have limited experience with stills and none with video. I would call the still AF certainly acceptable but certainly not snappy. Maybe that’s just an effect of it being f/11?

Andrew: Can you think of any alternative Canon lenses that can achieve a 600mm equivalent FOV in 1.6X crop mode on the EOS R5? Plenty of megapixels to play with!

Roger: There’s a lot of options for sure. The cheapness of this I found attractive. Drew McCallum seemed to indicate he prefers the 100-500 with a 1.4X and I suspect that’s a much better, albeit more expensive, option. I still, after all these years, liked the old 400mm f/5.6. Not a great lens but good enough and light as a feather.

Andrew: Does the construction and manufacturing ‘signature’ differ significantly to Canon’s usual lenses with the 600mm? Is it possible this was a contract manufacturing job with Tamron?

Roger: It is REALLY different. If I was to guess, I’d say the inner, optical barrel was a Canon product because only Canon uses that type and quantity of optical adjustments. But I wouldn’t argue is you told me it was housed in someone else’s electronics. The outer barrels, the electronics and stuff, really did have kind of a Tamron feel. I looked for parts labels, though, and found nothing, so I’m just guessing. Canon has rather avoided the cross-brand sharing that most of the other companies are doing, but there’s so much of it these days it seems inevitable they would start and Tamron is supplying a lot of subassemblies to manufacturers.

Andrew: Philip mentioned you did not experience any overheating issues with the 600mm. Did you get the opportunity to shoot any video with it?

Roger: No video at all. Given the amount of air in there and the lack of sealing I hadn’t really thought of it being much of a heat source.

Thank you Roger, a pleasure to talk.