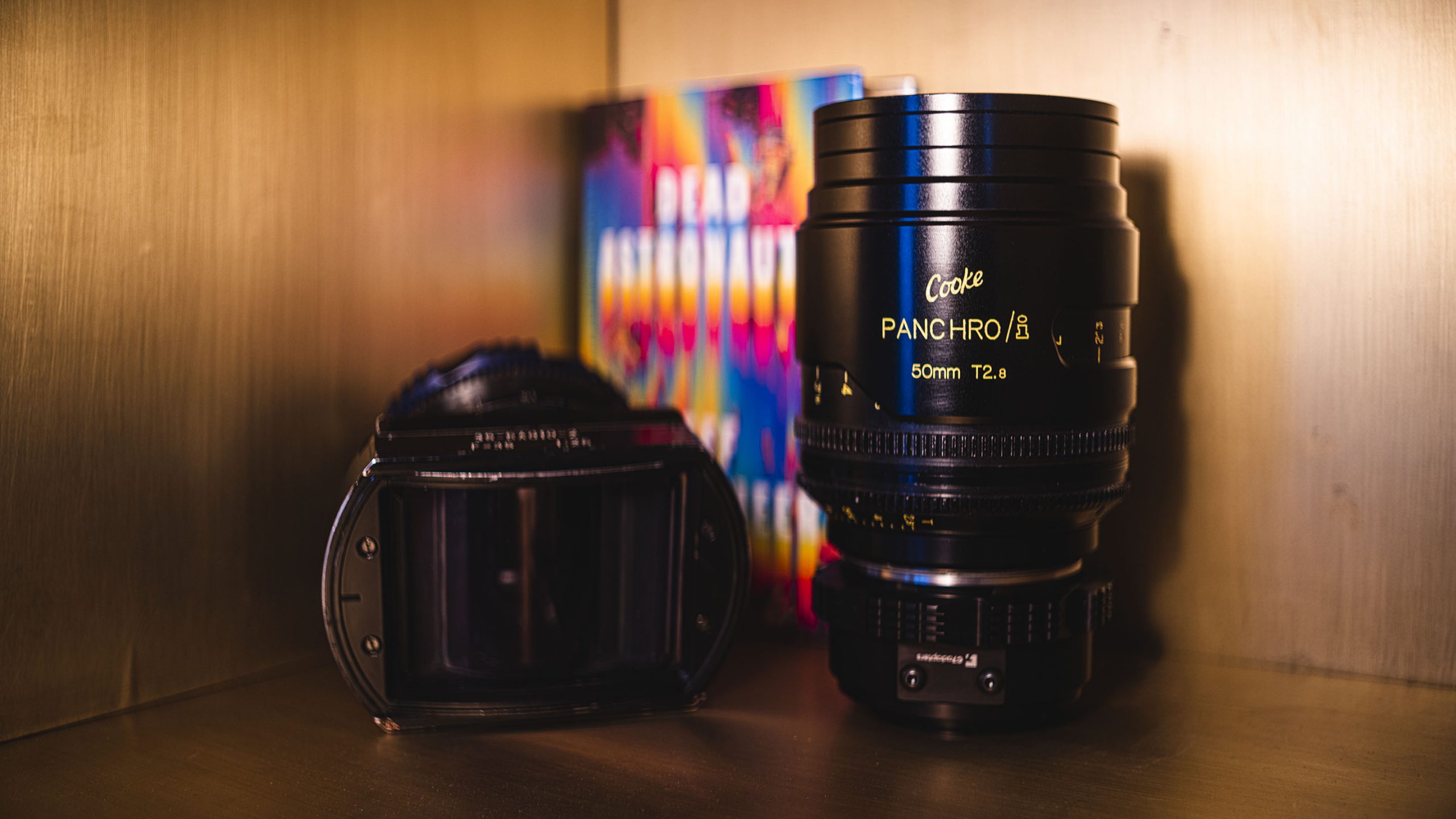 You can read all the interviews in FDTimes here [PDF]

“Everybody knew everybody. When the first RED One cameras came a year later, in April 2007, the market expanded exponentially, almost overnight.”

Les Zellan is chairman of the renowned British cinema lens firm Cooke. His interview is one of the most interesting in Jon Fauer’s latest factory tour, the fourth I believe! Jon has visited the Cooke factory more times than I have been my local Sainsburys.

Cooke say the Super 35mm market for cine lenses has slowed a bit, with full frame anamorphic and spherical glass taking over quite a lot of that demand.

Are we seeing a move away from Super 35mm to a new standard for cinema, or just a diversification of sensor sizes?

It seemed clear to me from the beginning that digital was too sharp, too pristine as a storytelling format. We knew that because cinematographers were clamoring for vintage Cooke Speed Panchros and Baltars, diffusion filters and anything else they could get their hands on to take the sharp edge off the digital image. Meanwhile, the engineers were trying to put more sharpness in: 2K, 4K, more K.

This is one of the reasons I have so many anamorphic lenses like the LOMO OCT19 range, Iscorama adapter, Moller Bolex and Baby Hypergonar.

Nobody has yet designed a small, affordable anamorphic that delivers on the Hollywood look of those lenses.

Yet the professional market for anamorphic lenses is blessed with talented lens after beautiful lens, there is so much choice.

Zellan says his firm initially took a lot of persuading to enter the anamorphic market.

Panavision had that market pretty well sewed up along with, and to a lesser extent, Hawk. If we were going to get into that space, we didn’t want to compete with them we wanted to create our own space. Also, the economics of anamorphic at that time was steep: millions of dollars in glass before you even talked about modifying your film cameras and finders for anamorphic desqueeze.

Cooke now has a range of them, even for full frame cameras, as well as a range of classic spherical cinema lenses with less coating for more flare. Cooke dubs these the SF series, officially Super Funky in-house but marketed as “Special Flare”.

Such is the demand for a more characterful vintage cinematic look on the sterile, clinical digital format, Cooke is not alone in offering modern “vintage” lenses. Sigma also has a “Classic” range of their modern Cine primes, as I briefly tested at IBC last year.

Cooke says they expected a revival of Super 35mm lens demand this year with ARRI due to release a new Super35 4K camera – but this seems to have been delayed. Another reason Cooke is seeing high demand for full frame cine lenses is that customers who still use Super 35mm cameras want to be future proof.

Zellan goes onto reveal quite a bit about how the engineering technique has changed for cinema lenses at the Cooke factory over the years.

Tolerances on the metal parts are far tighter than they probably were 20 or 30 years ago. And in the old days, I have to say, there was a fair amount of trial and error and dark arts. We’ve tried to take that out as well, and replace it with smarter engineering.

One of our best builders was, in her previous career, a receptionist at a hair salon and she’s been with us for over 10 years. We are constantly looking for people with intelligence and good hand-eye coordination.

An apprenticeship at Cooke, anyone?

The paradox of perfection – my thoughts on the modern lens industry

With engineers delivering a more and more similarly perfect 4K or 8K image, the responsibility for a film-look is more and more the role of the lens. Some optics are going the same way as cameras, with an image that is clinical, uniform, zero distortion, cuttingly sharp.

Most of the time this isn’t what a filmmaker is actually looking for.

As Les Zellan says in his interview – “The Cooke Look by definition is an interesting combination. I hate the word soft, because it’s not. Smooth and gentle would be a good description… it’s been consistent with Cooke lenses since the Speed Panchro, going back to the 1920s. It’s a warm and round look. I think Ed Lachman likes to call it a roundness to things. It has a nice falloff of focus. And it makes actors look good.”

I really would like a few things to happen with mirrorless camera lenses and affordable cine lenses in the coming years:

I also see a trend at the moment for high-end mirrorless lenses to be much larger and heavier than before. The Canon 50mm F1.2L for RF mount and Panasonic 50mm F1.4 for L-mount are examples, and fine lenses in their own right but I feel such large lenses should be the exception not the rule. With mirrorless cameras especially, the size advantages should be kept. The original Canon FD 50mm F1.2L is an absolutely tiny lens compared to the modern RF version!