For real. Like we've never had the content is king rant here before. Thanks for stopping by bro. We had no idea.. Lol 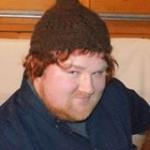 If you expose for blown out highlights, push shadows, clean with neat video, you can capture just as much dynamic range from the GH3 as you can from Magic Lantern RAW.   https://vimeo.com/76030718

hello friend, you seem lost.   this is a thread about nuances in cinematography: its an "In Depth Test" of Camera A vs Camera B vs Camera C vs Camera D