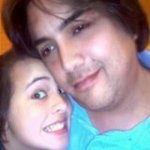 I probably should have stayed away from this topic, but I found the article so utterly revolting that I just couldn't help myself.  Its difficult to even begin a thorough critique, and I'm not going t

Did a shoot with a mate and we had identical cameras but he was using a really old beat up Nikon 50 1.4 and I was using the Canon 50 1.8 II. The difference was shocking, the Nikon just popped and look

Sorry, but somebody's got to say it.  This has to be the worst piece of trash writing ever done about lenses.  The author has absolutely no clue what he is talking about, and should be ignored.