Bernie Sanders add "It's Not Over" shot in anamorphic 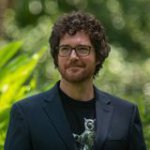