The DJI OSMO - is it groundbreaking?

Andrew mentions it... When every hipster in the world has awesome image IQ and steady shots, what will you be doing that makes your work more impressive than that trust fund kid standing in the same s

if i werea betting man I would bet against the Nebular 4200 working as advertised. 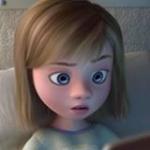 What is the difference between this and a cheap gimbal and a GoPro Hero 4?  About the same price... OSMO is more visibly attractive, but the HERO 4 is a mature product and you can remove the HERO 4 fr