Described by Panasonic as a semi-professional ‘creative HD hybrid’ and a flagship model for the company, the Panasonic GH3 is finally here – 2 years after the GH2 arrived. The official unveiling answers some of the mysteries too.

The full frame Canon 6D has just been formally unveiled as Photokina opens for the press. A competitor to the Nikon D600 (also to be unveiled today) this is a near identical camera to the 5D Mark III in many respects especially video it seems. But like the 60D compared to the 7D, it is cheaper and smaller.

It features a new 20MP sensor but a similar (if not identical) DIGIC 5+ processor of the 5D Mark III.

It has built in WiFi and GPS unlike the bigger brother. The only real compromises seem to be in the AF system, lack of 100% viewfinder, lack of headphone jack, slightly slower burst rate for stills and lack of left side button panel. 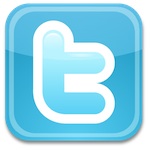 I will be travelling to Cologne in the afternoon for Photokina 2012 which starts on Tuesday.

Tomorrow is the press day where all the new cameras and lenses go official. It will be a fast moving day so be sure to follow me on Twitter for live updates.