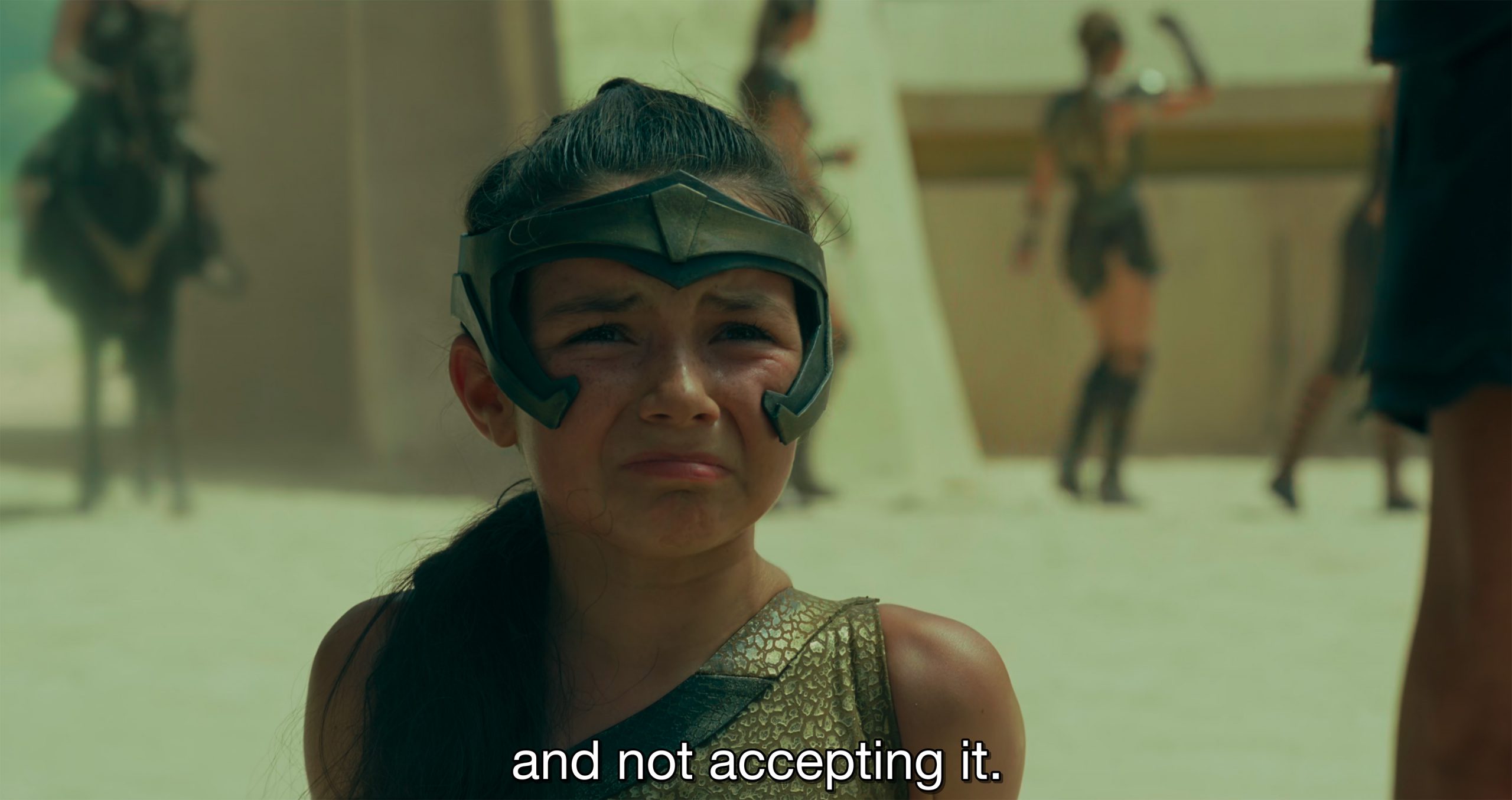 From the moment 11-year old Gal Gadot nearly gets her head sliced off by a giant pendulum, the tone is set. This is a film about complete bollocks. It isn’t even art. I can’t relate to, or enjoy any character. They are all selfish, privileged, shallow people. Yet Wonder Woman 1984 has nailed itself to gender equality, and female identity, thus putting itself beyond criticism.

WW84 starts right away in the spirit of equality and women’s rights. Yes, the opening scene is a fitness pageant. The winner being the one who can jump, leap, ride and shoot their way to the top of a podium in front of an audience of baying supermodels. On the way, a rainbow array of draped flags resembling a bar chart hang from a giant vaginal piercing to grade their progress, as they swim like sperm in a giant ocean. These horrible hyper-competitive masculine women in spandex rush around doing bad CGI gymnastics, covering superhuman distances as if in a video game with a cheat mode.