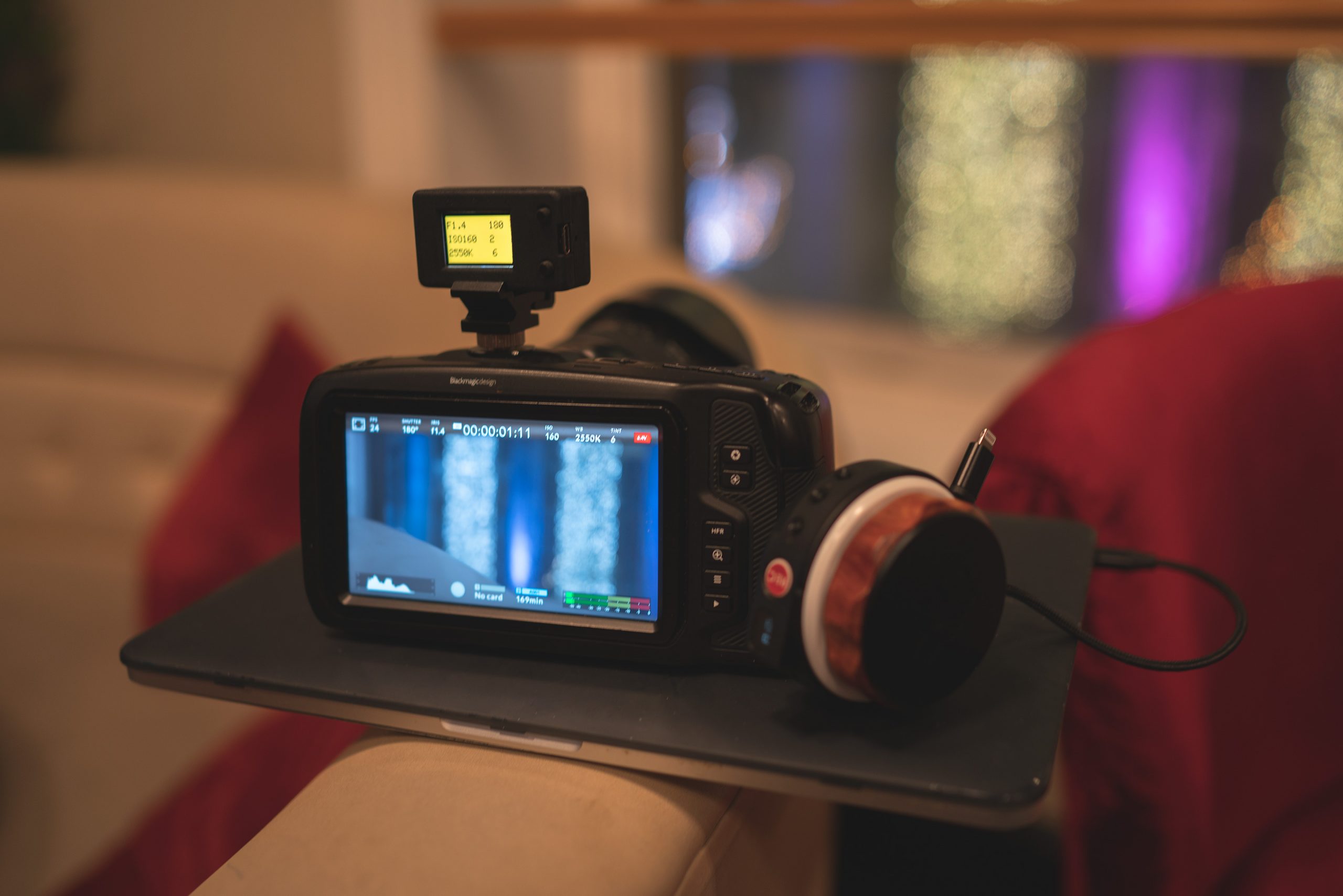 The Pocket Bluetooth Controller started off as a simple remote control start-stop trigger but is now so much more. Orders start today on the crowdfunding campaign here. I had a hands-on with it in Manchester today.

Above: who needs this rig when you have all the manual controls on your iPad?

At some point in the midst of the early DSLR revolution I had an idea about a wireless follow focus which controlled the AF servo motors of a lens in a slow and steady way. Since then a couple of iPad / iPhone apps have been developed which do just this, but they require the purchase of an expensive and bulky mechanical follow focus device anyway – and wireless receiver hardware – instead of communicating directly with the camera and lens.