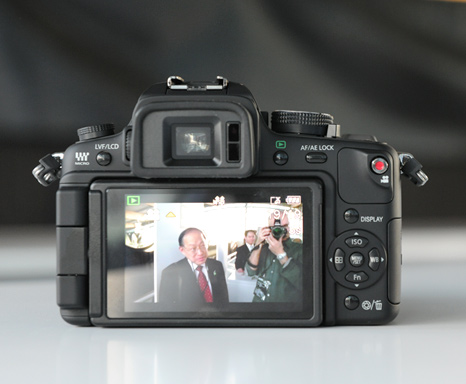 A really useful feature to change region on the go has been added to the Panasonic GH1 and GF1 by Tester13. The functionality of PTools is steadily moving onto the camera itself since Tester13 has been working on manipulating the camera menu.

Two memory cards are required as a mixture of PAL and NTSC footage on the same card is not supported.

This switch could also be handy for those in PAL regions who need the PAL 50p mode and 25p for shooting under electric lighting but prefer to bump up to 60p for better slow mo in outdoor light (only the NTSC mode offers the faster frame rate).

In related ‘hack’ news, Panasonic have quietly changed the firmware of new cameras leaving the factory doors in Japan and China to prevent the hack being installed.

Later Tester13 released an additional patch which solved this problem, but it shows Panasonic are aware and responding to the hack attempts (which so far have stayed the right side of legal).