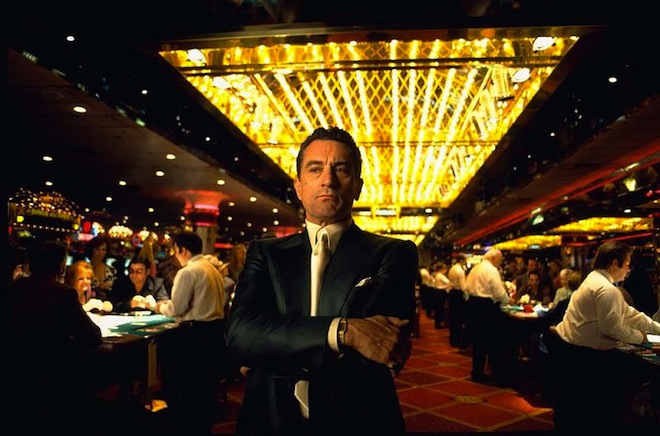 Why is the buzz all about cameras? People are crazy for gear.

When the Canon 1DX was announced it was in the top 10 trending topics for the UK on Twitter for most of the day, despite the fact nobody can own one until March 2012.

Here EOSHD offers a possible explanation for why gear, rather than filmmaking itself, gets so much more attention.

When you invest in gear you know exactly what you’re getting. It is the surest gamble there is.

Investing in a creative project has far greater potential for returns but is a much bigger risk.

Every filmmaker at every level of professionalism and experience does not know what the outcome of their film will be until it is finished. Of course there is such a thing as confidence, belief and preparation but truly – until the film is cut and dried you don’t know for sure if it will be successful as a piece of art or not, let alone whether the audience and the market embraces it.

So if you’re a low budget filmmaker and it is your own money it’s understandable.

Sensible people like to invest in the certainty and security of a camera or lens. These things are important and even if the outcome is unsatisfactory you can claim back a percentage of your investment by selling it on.

If you invest in an actor, or an idea, it could be money down the drain – you just don’t know.

Since the risks are higher, choosing the right actors, locations and ideas is even more important than getting the right camera. Even if it is just $500 spent on a location, it is worth getting right.

Sam Morgan Moore put it well recently on Twitter – “My best investments have been creative projects not kit – thats what brings in the work“.

The filmmaking industry is a business and business decisions are often characterised by making quantified investments and being risk averse so it is no surprise that creativity suffers whilst the industry becomes bloated with tons of surefire gear.

The crazy rush to buy Scarlets and C300s has nothing to do with creativity or filmmaking. It is to do with operational convenience, reliability and business.

Despite how important it is to get an investment in creativity right and the bigger returns if it goes well, there are hardly any resources online in the DSLR community for choosing the right ideas and the right people.

Sadly there won’t ever be one unless interest in it increases.

Gear hogs 80% of the blogosphere online whilst the discussion of creative ideas gets hardly no attention at all. It should ideally be a mix of 50-50.

I think this is also to do with the fact that creativity is quite a subjective and personal thing, whilst a camera is objective. You can all discuss the merits or disadvantages of a camera. It has a quantifiable specification. An actor, aside from a reputation, portfolio and day rate has no such specification at all and you will never see one in a shootout!

With the DSLR revolution – which is really more about self publishing, the real revolution – we’ve seen many talents break out from behind the camera but hardly any from in front of it.

There hasn’t been a star which has shone from our screens through the miracle that is Vimeo – it is nearly always about the technique, the technology or the filmmaker.

Hopefully this will soon change.

Take a risk. Forget spending that $500 on yet another camera or lens and instead direct it toward an actor or a writer. If you have neither of those available, spend it on travelling and film what you see. The risks may be greater but the returns can be huge. Time to roll the dice…